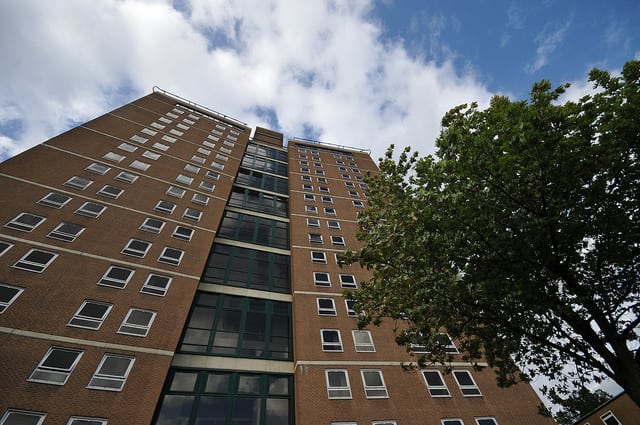 Owens Park drug users rack up a third of all fines

Almost two thirds of fines collected from residents in University of Manchester halls last year came from a single hall of residence, figures obtained by The Mancunion reveal.

Officials at Owens Park in Fallowfield issued almost £6000 in fines to its residents for offences including smoking inside, possession of drugs, damage to property and excessive noise. The total value of fines collected in all other halls for the same year was £3220, whilst Owens Park residents paid £3550 in drugs-related fines alone.

The hall of residence, which is home to approximately 1,000 students, has long been a source of concern for managers, who have tried to curb its reputation for antisocial behaviour. One reason for the disproportionate amount of fines collected in Owens Park is that residents there are subject to higher penalties, which managers believe act as an increased deterrent against misbehaviour.

Fines issued for smoking cigarettes inside totalled almost £945, five times the amount issued outside Owens Park for the same offence. Residents were also given nearly 500 hours of community service, 276 of which were for drug offences.

Clare Bunyan, a former resident of Owens Park, suggested the hall’s reputation made the figures less than surprising: “It’s classic Owens Park. I don’t think students in OP are misbehaved as a general rule, but if you live there, you kind of keep up with the stereotype.

“If you tell people you live there, they always assume you’re cool. If you live in Woolton Hall people think you’re a bodrick.” She continued.

“I can imagine the majority of fines would be for drugs. They’re always around so it’s pretty easy for people to get hold of them.”

A spokesman for the University said, “Disciplinary action resulting from unacceptable conduct is managed appropriately and consistently across all residences, and the slightly higher fines in Owens Park have already led to a reduction in incidents.

He continued, “Halls of Residence operate a code of conduct to ensure that all residents benefit from a safe, enjoyable and hospitable environment in which to live and study in comfort.”

Crime statistics obtained via a Freedom of Information request suggest that the number of recorded drugs-related incidents have increased considerably. University security services say that changes to data collection methods make it difficult to establish whether there has been an increase or not.