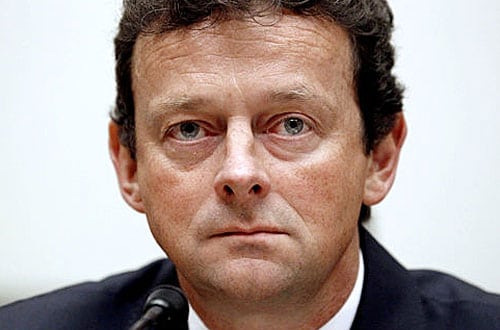 New Labour leader Ed Miliband, or red Ed as the media have dubbed him, will over the coming weeks be putting in place detailed new policies for the Labour party of which his ideas on how to cut the UK’s £160bn deficit will be most anticipated.

We are still eagerly awaiting a detailed policy from Ed Miliband in regard to deficit reduction.  He has called Alistair Darling’s strategy, to halve the deficit within four years, a starting point and also stated that he is a supporter of deficit reduction, albeit at a guarded pace. This aside, however, he has been extremely vague. He has advocated spending cuts but is yet to detail where and which services these would come from. This is exemplified by his question and answer session, ‘Ed Miliband in conversation’ at the University of Manchester, where, in response to a student question regarding his opinions on deficit cuts, he declined to comment in any detail. Instead, Miliband expressed that, “If we make the deficit the only thing that matters in society then it’s a bad society.”

Miliband will be under immediate pressure in regard to his policy following a statement from The International Monetary Fund. The IMF, renown for it’s stinging criticism, have this week uncharacteristically praised the efforts of the coalition government in reducing the budget deficit. They stated that it will “help rebalance the economy” – Ed Miliband will now surely have to act cautiously in attacking the government’s deficit reduction policy.

One way in which Miliband specified increasing receipts, was making the temporary 50 pence tax rate for those earning over 150 thousand pounds a year, permanent. Analysis from when this policy was implemented has highlighted it brought in only a fraction of the £4bn pledged due to the relocation of many high net worth individuals to tax free havens. To this end this is most likely a political gesture.

Aside from deficit reduction he has detailed many strategies including a graduate tax and plans to introduce a living wage of £7.10, if elected, for those firms that can afford it. Unsurprisingly, for a former secretary of state for climate change, he also has many environmentally focused policies and was in ardent opposition to the third runway at Heathrow.

The new Labour leader’s comments on trade unions will also be monitored very closely in the coming weeks. There has been widespread consensus that it was only the trade union vote, as opposed to the party MP’s or Labour party supporters that led to victory over his brother David. With a lot of bitterness still surrounding trade unions following recent British Airway and tube strikes, to the detriment of a vast number of people, it will be interesting to note whether he distances himself from the very people who voted him in.