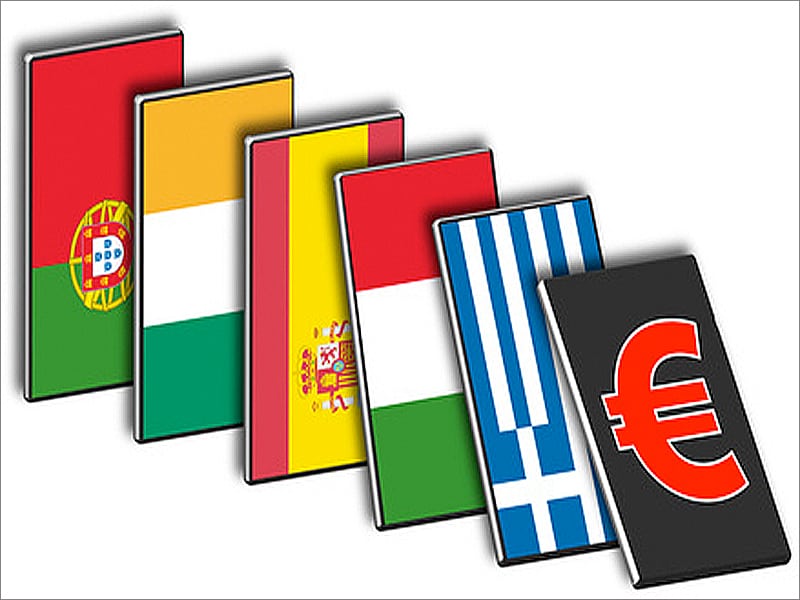 Piigs in a mess

This week has brought fresh concerns surrounding the finances of some of Europe’s most fragile economies. Portugal and Ireland, two of the original five PIIGS thought to be in most danger of a sovereign default, are again in trouble this week with Spain rumoured to be next.

Ireland’s current worries centre on Anglo Irish Bank. The bank recklessly lent money to property developers prior to the worldwide downturn leading to large amounts of ’bad debt’ and subsequent nationalisation in 2009. The costs involved with rescuing the bank are spiralling uncontrollably and it is feared the Irish government will not be able to afford the €35bn rescue costs. In light of this, credit rating agency Moody’s has this week downgraded the banks debt to near junk. Another rating agency, Standard & Poor’s, has also announced that they expect the bailout cost of Anglo Irish Bank to exceed all previous estimates. As is to be expected with the insecurity surrounding Ireland, the yield on Irish two year notes, a form of government debt, have reached their highest level in many years.

In Portugal, credit default swaps, the cost of insuring against default on Portuguese government debt, have risen to record levels. Furthermore the spread between Portuguese 10 year bonds and the benchmark German bunds have also widened to record levels. Portugal has since released pledges to reduce civil servants pay and government spending. This is in a desperate attempt to convince the markets that they are not in danger of falling down the same route as Greece who had to be bailed out in spectacular fashion by the EU and IMF earlier this year. An additional hurdle remains in that the current Portuguese government are a minority party and need consent of opposition parties to implement the austerity package, many of whom have publicly stated that they are unwilling to do so.

Following this new European uncertainty it is unsurprising that gold has reached record levels, yet again reaffirming its status as a safe haven for investors.