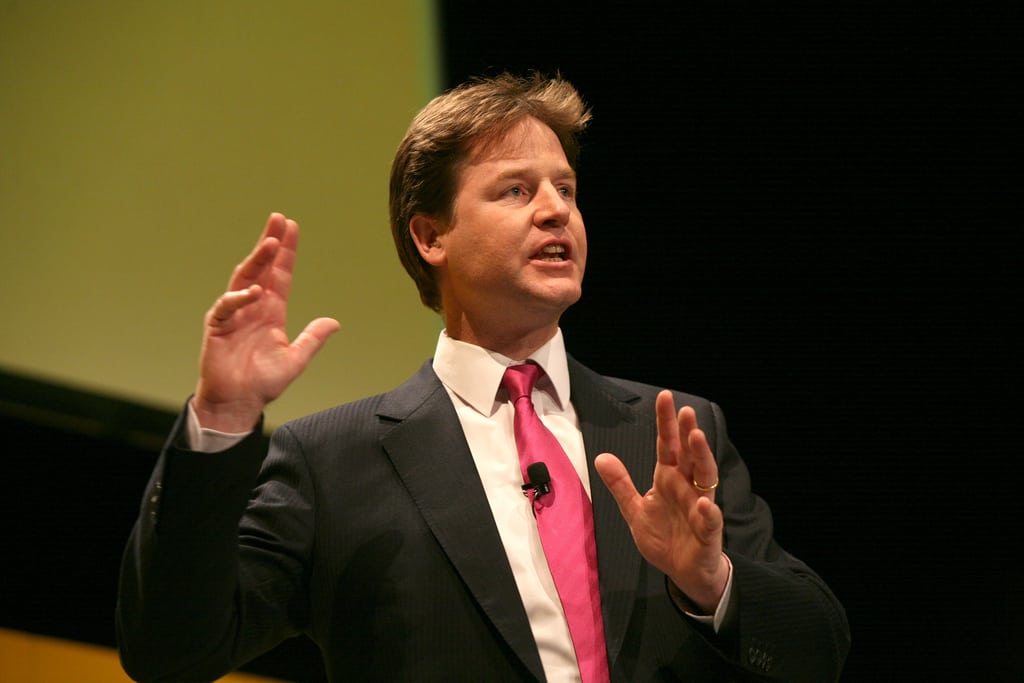 Why are the yellows all white?

“The Liberal Democrats’ lack of diversity is just unacceptable.” These words were spoken by Simon Hughes, the deputy leader of the party, four weeks ago at its conference in Liverpool. Hughes’s speech was made to a sea of mostly white faces and was not an edgy gimmick nor a shameless attention seeker, but a simple statement of fact.

The Liberal Democrats have 57 MPs at Westminster, 11 Members of the European Parliament, 16 MSPs in the Scottish Parliament and six Assembly Members in its Welsh counterpart. Of these elected representatives none of them come from an ethnic minority background. That’s right, zero. This compares with 11 Conservative MPs and 13 Labour MPs from a black or ethnic minority background respectively. Why, as Mr Hughes put it, is the lack of diversity in the Lib Dems just unacceptable? Well, firstly let’s look at this question from the flip side of the coin and ask why should the Lib Dems have more ethnic minority representatives?

A reasonable response to this question is that surely race should not matter a jot, the primary concern being that all candidates should be competent and in the British tradition of fair play, the best person for the job. Lib Dem conferences in the past have voted against positive discrimination and against the central imposition of candidates, which are the policies used by the other two main parties to increase diversity.

For a party that prides itself on being the most socially liberal and (seemingly) inclusive there is a dearth of support from those of ethnic minority backgrounds. Now that the party is actually in government this is something it will need to put more thought into. This lack of awareness and support amongst minority communities is a symptom of a number of wider issues. Of course, there is something of a Catch 22 here. If there is a lack of support from those in minority communities, how can electoral participation amongst those from more diverse backgrounds increase without needing to resort to positive discrimination?

Since forming in 1988, the Lib Dems’ historic bases of support have been in Northern Scotland, South Western and South Eastern England as well as the coastal areas. In demographic terms these areas are overwhelmingly white. Being the smallest of the three ‘major’ parties, active Lib Dem membership is in each locality can be relatively low, so encouraging those from more diverse backgrounds could be said to be more difficult than it is for Labour or the Tories.

Before the election David Cameron spoke proudly of his party’s A-list, those candidates who would be selected to stand for election in seats considered key for the Tories’ success. Many candidates from black or ethnic minority backgrounds were placed on this list. It would be very easy for this debate to descend into one over perceived tokenism, which I believe will solve nothing. Like the contentious issue of all women shortlists, some engaged in the top echelons of British politics have been looking for ways in which to attract not only voters from these diverse backgrounds but also potential elected representatives. The Lib Dems are no different.

Is it better for the party to get ethnic minority candidates to stand in so-called ‘safe’ seats, like the Conservatives have done in some areas, or to expect a more organic process within the party in the hope that its democratic institutions will find the right balance between diversity and talent?

Trevor Philips, chairman of the Equality and Human Rights Commission, recently described British attitudes towards race, gender and sexuality as being “light years” ahead of previous generations. However, this newfound enlightenment has not found yet found its way into the sphere of party political participation. In a country where approximately 9 percent of the population are from non-white background does it matter how many MPs from an ethnic minority a party has?  Or women for that matter? I believe it does. Government can best have its finger on the pulse of the country if its own institutions can understand and reflect the make-up of the country itself.

I may have asked more questions than answered here, but whatever your views on the Lib Dems’ participation in the coalition, a greater awareness of the country’s ethnic make up will benefit everyone.