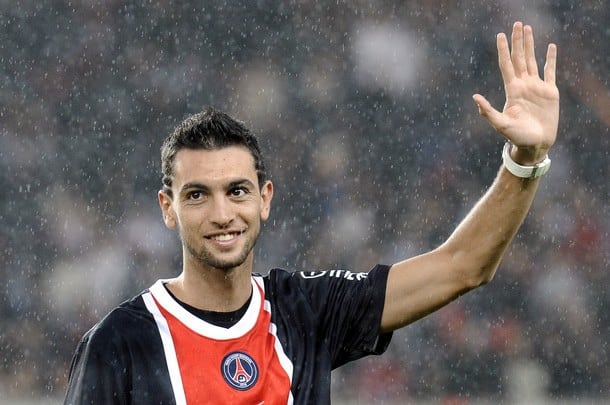 Money begins to talk outside of Premier League

A £38m Argentinean summer signing, under the guidance of a Serie A legend, fires a team in blue to the top of their domestic league after years of underachievement. Please, don’t leave, it’s not more precious column inches devoted to Manchester City’s ongoing assault on the Premier League summit but a look at how nouveau riche Paris Saint-Germain are faring under Leonardo.
Indeed, the Brazilian director of football appears to have galvanised the capital city outfit, who sit joint-top of Ligue 1 after just one defeat in eight games. The money pumped into the club by the Qatar Investment Authority has been well invested by Leonardo and first-team coach Antoine Kambouare, with the new signings settling into life at the Parc des Princes quickly. The marquee arrival, Argentinean international Javier Pastore, has lived up to his startling transfer fee, scoring four times and turning in virtuoso performances as an attacking midfielder. While not as well known as “el flaco”, Kevin Gameiro has also performed well after arriving from Lorient in a £10m deal, with the diminutive striker helping himself to five goals.
PSG’s fine start has only been matched by that of Olympique Lyonnais, with the Rhone-Alpes outfit beginning to show form reminiscent of their 2002-09 title years under the management of Remi Garde. While few new signings have arrived, OL have enjoyed the spectacular form of top scorer Bafetimbi Gomis and Brazilian winger Michel Bastos. Last year’s surprise champions Lille, meanwhile, have developed the nasty habit of conceding late goals at home and as such lie in sixth.
While PSG look well placed to qualify for the Champions League and even challenge for the French title, in Spain another team bankrolled by oil money are showing they can mount a push for continental qualification. Malaga, who were recently bought by another Qatari investor, sit in sixth despite being just one point short of second-placed Barcelona. The Andalusians were relegation strugglers at this point last season but a raft of big-money signings have left Manuel Pellegrini’s side looking to challenge the likes of Villarreal and Valencia for the “best of the rest” title in La Liga. Winger Santi Cazorla, a regular in the Spanish national side, has been particularly impressive since his move from Villarreal, scoring four times in just five games. Former Ajax centre half Joris Mathijsen, meanwhile, has formed a formidable partnership at the back with Argentina’s Martin Demichelis.
The promising results from these two ambitious clubs, combined with a Manchester City side beginning to look increasingly threatening both domestically and continentally, suggest that the power map of European football could be about to undergo dramatic shifts.