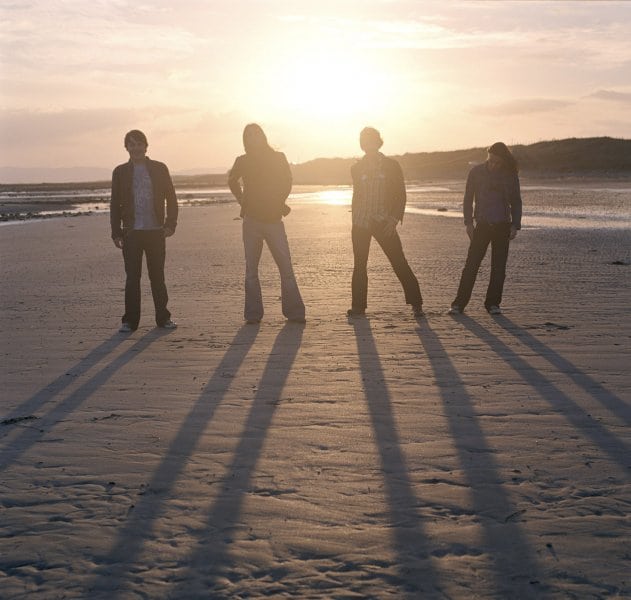 A couple of years back, if you wanted to see The Answer you’d have to pay forty quid and you’d be lucky if you got within spitting distance. Back then they were jetting around the world as support for rock and roll legends AC/DC. In the present, a slightly more humble Academy 3 is their stomping ground, though admittedly it is packed to the rafters.

Throwback rockers and nicest band in the world Gentlemans Pistols opened the night, tearing through a set with enough seventies vibes to fill an episode of Life on Mars. Perhaps it’s the tongue in cheek lyrics, most notably of ‘The Ravisher’ and ‘Some Girls Don’t Know What’s Good for Them’, or maybe it’s the infectious grins and geeky appearance; either way, by the end of the set the originally ambivalent rabble had become both enthusiastic and rapt (at least five people asked me for their name afterwards.)

With a suitably warmed stage, The Answer bounded straight into a set of favourites peppered with a few songs from new album Revival. Cormac Neeson’s vocal style brings to mind Free’s Paul Rodgers, with a powerful range which is, to be honest a little overbearing in the tiny venue. The songs stood up consistently well however, with new numbers ‘Tornado’ and ‘Vida (I Want You)’ slotting seamlessly between established classics ‘Too Far Gone’ and ‘Under The Sky’. Highlights of the set however are the tender ‘Why’d you Change Your Mind’ and Rose Tattoo cover ‘Rock ‘N’ Roll Outlaw’. But as the set drew to a close, one couldn’t help but think this was a band that had evolved past this size venue whilst honing their skills with ‘DC. With powerful vocals that could deafen from one hundred paces and a steady guitar onslaught, this is a band that needs an Academy 1 slot to truly impress.