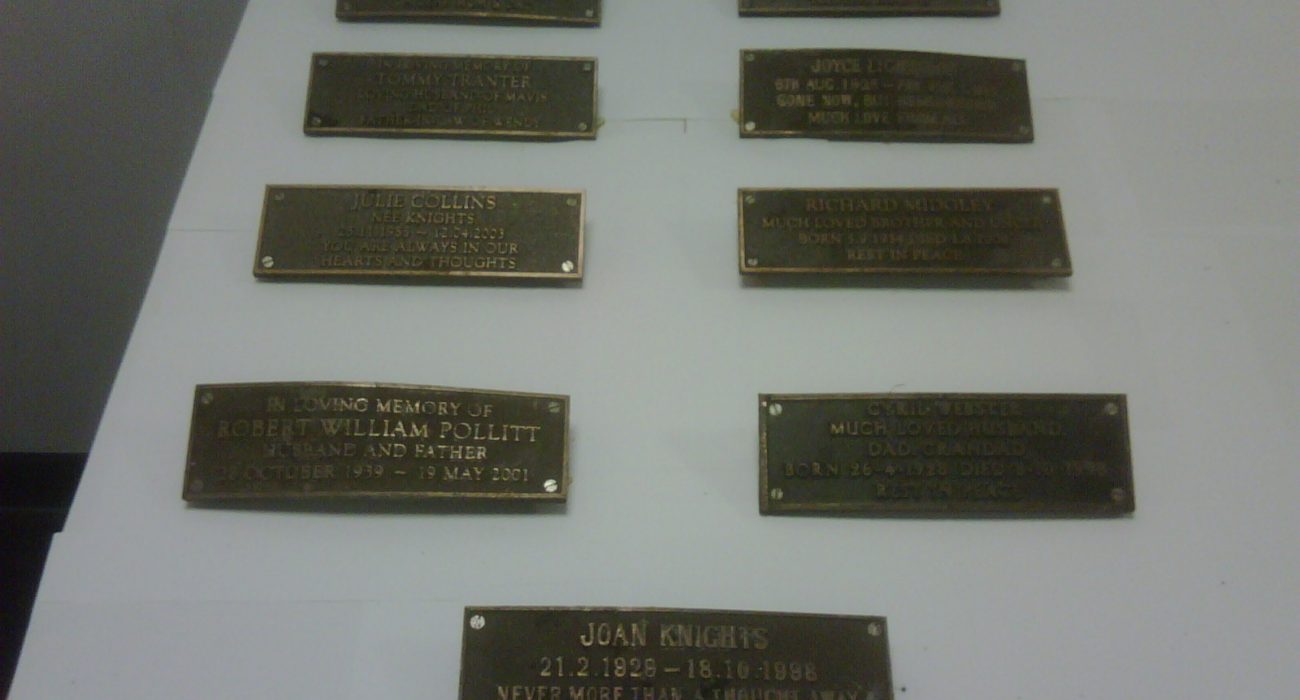 The nine recovered plaques: soaring prices have led to the recent increase in metal thefts in the UK.

Nine bronze memorial plaques, which were stolen from a cemetery in Manchester just a week before Remembrance Day, have been found in a bag near a railway bridge.

Greater Manchester Police confirmed that the plaques were taken from Blackley Cemetery between 31st October and 7th November. They were discovered on Dean Lane in Newton Heath.

A total of ten plaques were stolen from the cemetery, but the whereabouts of the tenth plaque is unknown.

The War Memorials Trust suggested that Britain’s 100,000 war memorials were under threat and estimated that at least one memorial was vandalised every week in the UK.

In October this year thieves used crowbars to remove a plaque from a memorial in Carshalton, south of London.

In the small garrison town of Tidworth, Wilshere, meanwhile, thieves stole a bronze cast statue of a World War One soldier.

The War Memorials Trust have launched a campaign to protect Britain’s memorials, with the 100th anniversary of World War One just three years away.

Frances Modren, director of the trust, said that war memorial thefts cased a great deal of anguish for local communities.

“If you have lost this memorial and lost a plaque then, in effect, you’ve lost a touchstone to your history … that you may never get back,” she said.

The spate of metal thefts in recent months has prompted a group of MPs from all parties to sponsor an early day motion calling for the government to “introduce regulations on the buying of scrap metal”, and “to ensure [that] no scrap metal is sold without the seller providing verified identification and a full record of each transaction and provisions to make it illegal to make cash payments for scrap metal”.

Last week a 44-year-old man was arrested and has since been charged with theft in connection with the incident in Manchester.