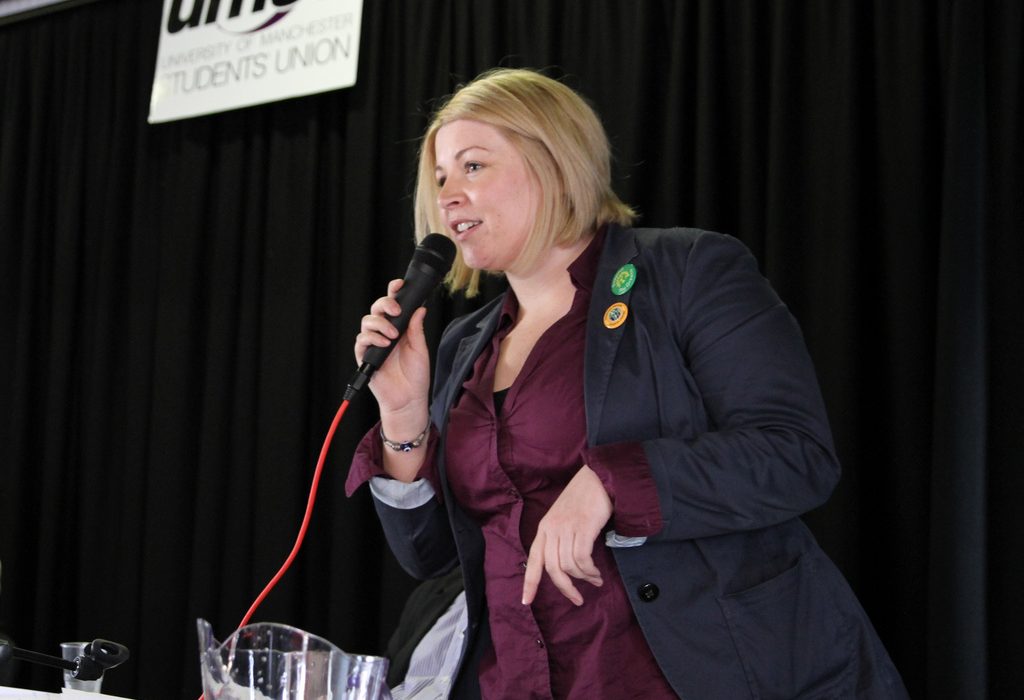 Gayle served as Local Party Support Co-ordinator for the Green Party from September 2010 to December 2011 and was involved with a variety of green campaigns in Manchester, including the Save Hasty Lane campaign opposing the expansion of Manchester Airport.

She was the co-founder of “Call to Real Action,” which aims to reduce Manchester’s carbon emissions and prepare for the changes climate change will bring and the co-ordinator of BRiM (Bike Recycle Initiative Manchester) which supports people in Manchester becoming confident cyclists and stops bikes going into landfills.

She played a key role in helping Salford Green Party set up independently.

Gayle’s campaign to be Manchester’s Green Party MP stated that she was concerned about Manchester’s “traffic congestion, the lack of quality green spaces and the low level crime currently blighting the community.”

Power states: “The Green Party and environmental movement have lost a powerful activist and I personally have lost an amazing friend.”

The funeral took place on Wednesday in Gayle’s hometown of Limerick.