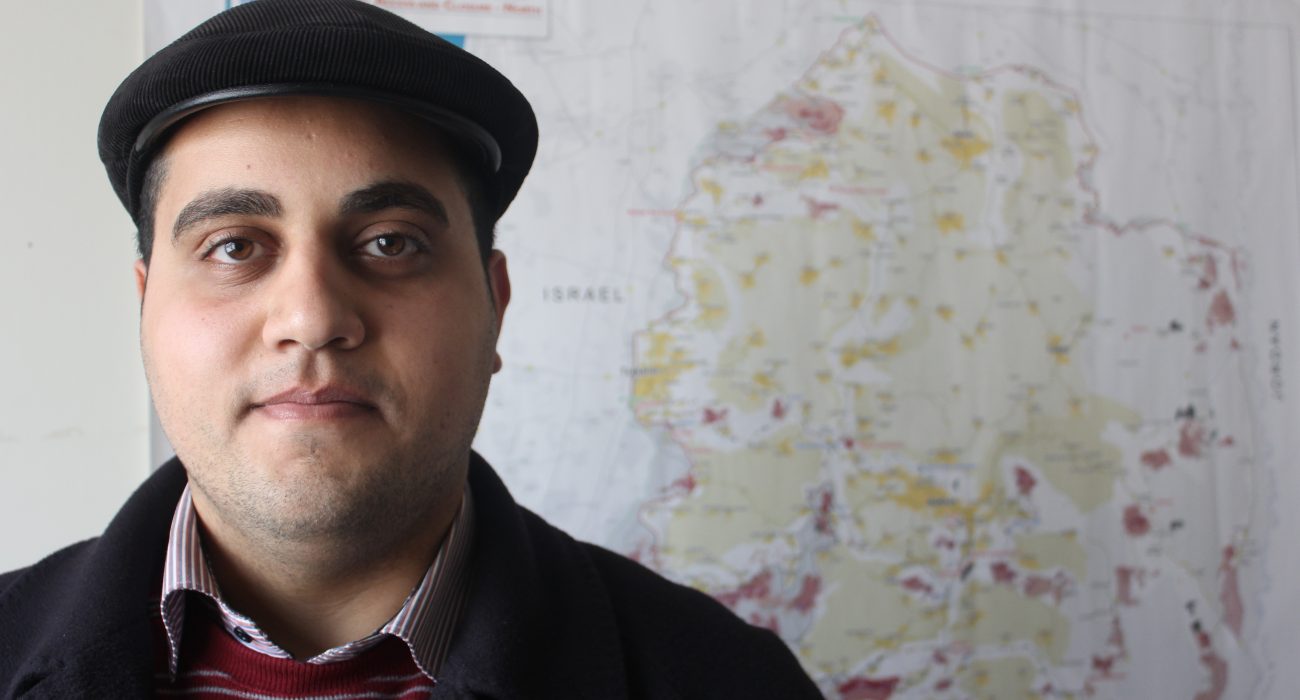 Mohammed is a fifth year student at An Najah National University in Nablus, Palestine. He studies industrial engineering.

The lives behind the numbers

They say that a picture is worth 1,000 words, but when it comes to grasping the reality of life in Palestine, sometimes 1,000 words is better than a picture.

Articles about Palestine and Palestinians under Israeli occupation usually use numbers and statistics or shocking pictures to capture the situation. However, simply reading headlines such as “1,400 killed in air strikes and ground war in Gaza” or “40 percent of Palestinian males detained since the start of the Israeli occupation” allows people to forget the humanity behind the headline. Therefore, this will be a different kind of article that concentrates on the details of the human experience of Palestinians.

When I close my eyes and think of my childhood memories I remember a rainy cold night. As usual I opened the window to see the rain but that night there were two Israeli Merkava tanks outside my house. They saw some movement through my window and moved their laser sights on me.  I automatically dropped to the floor and started crawling, woke up my younger brother and escaped to another room crawling along the floor. My parents woke up as well and we all stayed in the house for more than 20 consecutive days due to military curfew. This was in the 2002 Israeli invasion of the West Bank and the beginning of the most brutal period of the Second Intifada.

During the curfew my dad kept us busy so we would not think of how bad it was. He used to read us stories, tell us jokes, listen to radio with us and make us read Al-Arabi Magazine. We had to spend so much time inside during the curfew that I read every edition of the magazine from 1980 to 2000. It is commonly reported that the city of Nablus was under military curfew for 150 days in 2002, and although that fact is shocking, it says nothing of the hours of boredom and frustration we endured.

I was a child during the curfews and invasions of the Second Intifada and while most people remember their school years as a happy time in their life, for me it was a continuous marathon of running to and from school. I was running to escape the Israeli army as they were always present in the city. We always had to be prepared to encounter the army and I usually kept an onion in my bag because onions help lessen the effect of tear gas. My childhood was full of small details like this that would never make it to front page headlines. However, the worst event occurred on April 16 2002 when an Israeli soldier shot my 10-year-old cousin in his home.  At first his family was forced to bury him in their front yard because the army had imposed a curfew. When the curfew was called off for one day, we took my cousin’s body away and buried him in a cemetery. No statistic could accurately capture the story of my cousin’s death or my childhood memories of the Israeli invasion.

But, to be honest, I was lucky to have a family that helped me through these times. I don’t think others were as lucky as me. Children witnessed the killing of their families by the Israeli army. Some people lost their homes, land, money and even everyday belongings because the army bulldozed their houses with everything in them.  I reached a point where I dreamt of leaving Palestine and going to live anywhere else, but then I realized that this what those who are trying to take our lands would want and so instead these hardships had the opposite effect: now I don’t want to leave and even if I left for some time, I know I will come back to Palestine.

Sharing these details is difficult because first of all I am not using my native language, and more importantly, we Palestinians are not open to talking about our worst memories and expressing our feelings in public. This is the reason you usually don’t see this side of the story and that is why I felt it is so important to share my experience: to make people understand that the 4100 Palestinian lives lost in the Second Intifada is not just a number, that each has a story and many other lives behind it. For each death there is a child who lost a father, a wife who lost a husband, a sister who lost a brother, or simply a kid like me who lost his childhood.