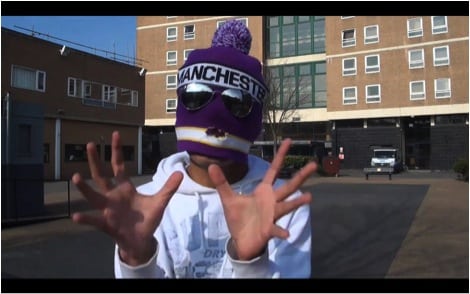 Apparently there’s another election coming up…

A personal plea for you to vote from the Electionjacker

So last year I made a little video (Google “Electionjacker”) to raise election awareness in Manchester, somebody had to.

And now the elections are here again. Before I even begin to try to show why you are more powerful than you think, I have to make a few concessions. As we move inexorably closer to the candidacy submissions deadline, the Windy-Left area is for once seemingly without a clear General Secretary candidate. The Soft Left, fresh from its not quite so strong showing last year, is apparently in the same boat. Meanwhile, Inaction Palastine is calling on us to continue to twin with half a million other universities on Mars and M-Soc continue their policy of interviewing candidates before backing them; whereas the Balour-HIJK-Soc bloc continue to provide us with their own unique breed of candidate.

Woe betide you if you live in halls, in fact, you might want to temporarily move out if you are in a compact, popular one like Owens Park. The candidates and their campaign teams will come for you, knocking on your doors at 12am and shouting promises at you in your lectures. Primark’s white bed sheets sales will skyrocket and Gavin’s photocopier will probably earn him a small fortune. Crap puns, lame slogans and innumerable shitty “flash mobs” will inconvenience you into indifference.

The Union will spend hundreds of pounds covering ambitious candidates’ expenses, whilst yet again an appallingly low turnout will only reiterate your cynicism and belief in the age old, “yeah, but no one really cares about the Union anyway”. And then, suddenly, results will be announced and it will all be over and disappear as quickly as it came, this whirlwind of anti-cuts pledges, tacky videos and acrylic-and-bed-sheet-posters. Until next March, no one will knock on Halls’ doors, or seem to give a damn about these mythical “needs of the normal students”.

Cynicism, poor attempts at satire and crappy jibes at blocs aside, why should anyone give a shit about the Students Union elections anyway? Most importantly of all, why should you? After all, all these thinly-veiled blocs really do want to be better than each other; but are they really doing that for your benefit?

If you don’t like a candidate, don’t vote for them. It really is as simple as that. But for God’s sake, get your displeasure and disgust with them known by voting for someone else. On the other hand, if you do vaguely like whatever Joe Bloggs running for Derpin Officer says, look into it! And do feel free to support him. Not knowing candidates personally is not just a poor excuse for not voting; it’s dishonest. Under the current voting system, even if you don’t like the look of each and every single candidate, it’s still possible to say so by voting in the last option to Re-Open Nominations. Who knows, maybe someone with ideas you finally like will run next time.

As university students, we are privileged to study at a remarkable institution in a vibrant city. It is a small, almost symbolic act, free of charge and the right of every individual, with potentially far-reaching consequences. Before you finish reading this and go back to playing Mario Kart or swearing at the cleaner for bringing in the world’s loudest vacuum cleaner at four in the morning, please take a moment to think about the opportunity you have this March. You have the chance to matter as an individual, the chance to make the difference between telling your friends and children twenty, thirty years down the line, “oh yeah, we had a Union, but no one cared about it anyway” or  “I was there the year we took back the Union”. So make sure you vote on 9 March; it ony takes 10 seconds. Take care of yourselves Manchester.