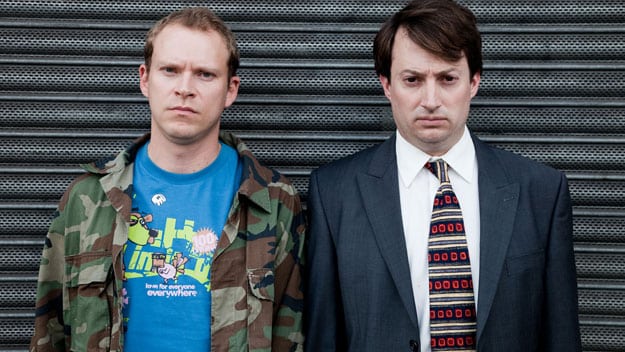 Are you the next David Mitchell or Robert Webb? Photo: Channel 4

How to get there

A professional and successful comedy screenwriter is responsible for creating the scripts used for our television comedy shows. The comedy genius that lies behind Channel 4 sitcom Peep Show is a talent that can take years of practice, which the University of Manchester graduates Sam Bain and Jesse Armstrong have mastered to perfection.  In an interview with The Guardian, the duo explain that their student themed comedy, Fresh Meat, is based on their experiences at university. Their success does not come through writing what they believe may be “shocking” for viewers, Armstrong explains, but rather, whether it’s purely funny and works.

Screenwriting isn’t simply a case of having an idea and winning a BAFTA the following year. The job demands long and stressful days attempting to meet deadlines by studios and production companies, often working as part of a team of staff writers for particular shows. Screenwriters are also responsible for shooting and require an in depth knowledge of what shots, lighting and camera angles will work best for the script. The potential pressure of coming up with a new and original script every week for a TV show is a skill that you will only possess with self-motivation and creative talent.

It is essential that you make a portfolio of your work and begin to market yourself. Twitter is a fantastic platform to network with industry insiders and gain advice from figures that could potentially be future employers. Link people to your personal blog and ask them if they know of any available work placements. Media can often be a case of breaking into the circle through personal contacts so once you are presented with the opportunity, pitch your ideas.