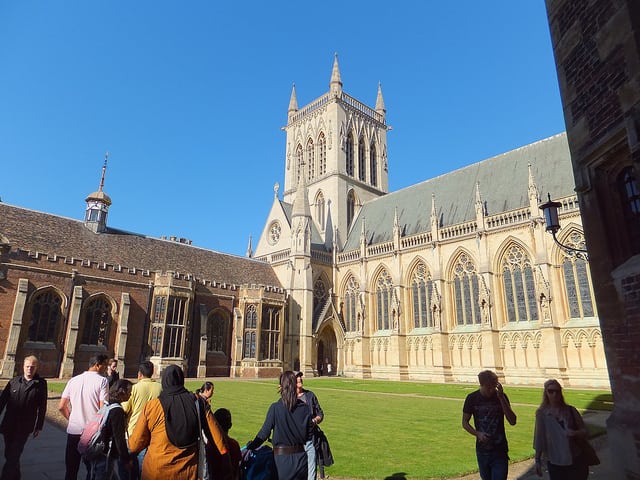 The gap between rich university's like Cambridge and less well off universities is growing, a study has revealed. Photo: Mark Fosh @Flickr

New figures show there is a wide and increasing gap between the finances of UK universities.

In 2010-11, gross income per full-time equivalent student income per student ranged from over £65,000 at Cambridge to just £7,050 at Edge Hill University, with the national average being under £15,000. A funding inequality that is greater than the gap between private and state schools.

Liverpool Hope University’s Roger Brown, who published these findings, believes this inequality is only set to increase as the government cuts off funding to research that is not deemed “world-leading” or “internationally excellent” by the ‘Research Assessment Exercise’ (RAE).

This could mean universities that don’t place a greater emphasis on research risk losing vital funds increasing the gap between the richest and poorest. Brown has also revealed university wealth is highly concentrated, with the research-led Russell Group’s 24 members, including the University of Manchester, owning 52% of the sector’s assets.

The University of Manchester fairs well with regard to spending per student, having recently been ranked 8.23 out of 10 by the Guardian’s 2013 University guide – the 8th best figure in the country. Salford University ranks at 3.99, slightly higher than Manchester Metropolitan University’s score of 3 (the 9th lowest of 119 universities they measured).

However, this figure does not show how much of that money is being spent on research rather than, for example, undergraduate teaching.

Brown worries that as university fees treble this year, students don’t know whether their money is being spent on providing a “genuinely excellent education” or to just plug the shortfall in the research budget because of the government’s cutbacks in education spending (as the Chair of University College London has admitted considering – an action the president of the National Union of Students described as “intolerable”).

“Universities are sold on status rather than educational effectiveness”, so in order to create a fairer system Brown recommends universities provide evidence of how staff research benefits student learning – something which universities are currently not required to do.