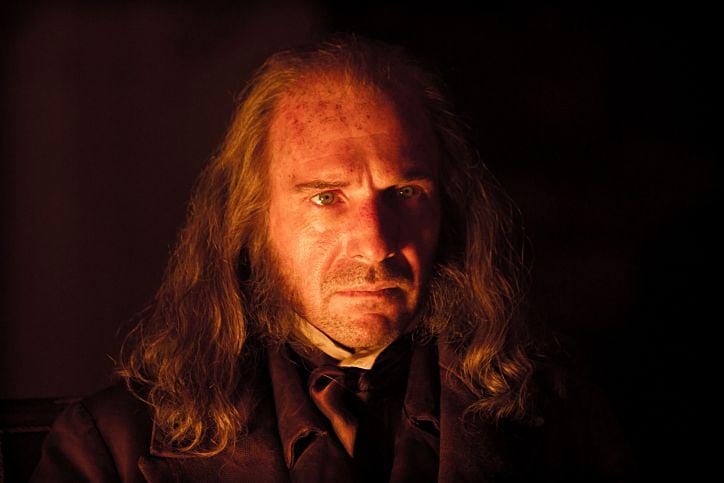 The recent BFI London Film Festival closed with the premiere of Mike Newell’s Great Expectations, due for general release on 30th November and, true to its title, the expectations are indeed huge for this Dickens classic. Director Mike Newell (Four Weddings and a Funeral, Harry Potter and the Goblet of Fire) reunites with Goblet of Fire actors Ralph Fiennes and Helena Bonham Carter to bring this much-loved story to life.  With David Nicholls (One Day) penning the screenplay, it’s no wonder that this film was set to be hailed as a tribute to both British literature and cinema. What could possibly go wrong? Well, if the reviews are to be believed, quite a lot!

Perhaps the problem lies not with this particular adaptation, but with adaptations themselves. Firstly, there are simply too many, and Great Expectations is case in point. This is hardly Pip’s cinematic debut, having popped up on the big screen not once, but twice before this one.  And of course Mrs Haversham has already spread her ethereal glow onto our TV screens this year in the highly successful BBC adaptation.

The danger with taking on the mammoth task of adapting books to the big screen is that people get territorial, and if the film adaptation then turns out to be rubbish the gloves are definitely off. Who could forget Julian Jarrold’s 2008 flop of an adaptation of Evelyn Waugh’s Brideshead Revisited? Don’t even remember it? My point exactly. Through reading a book, we become attached to the characters, we have our own ideas on what they’ll look and sound like, so that by the time we’ve finished reading it, we’ve already planned our very own feature film. Consequently, when that film finally does come out, the hardest critics to please are the audiences themselves.

But as with everything, there are two sides to this debate, and in cinematic history it is often adaptations that have become the classic films of their time.  Invariably this happens when the unique opportunities that film-making presents have been used to take the tale to another level.  We all have a favourite, but Roman Polanski’s Tess stands out for me as a film which took a phenomenal story to new heights with its cinematography, direction and superb cast.  Equally, sometimes a film can simply bring a great story to a wider audience at just the right time, connecting with a generation as a commentary on society itself, just as was the case with Stanley Kubrick’s A Clockwork Orange, and Danny Boyle’s Trainspotting.

What filmmakers and directors have got to learn to do is to avoid the obvious, to show a bit of originality (and faith in their audience!) by taking lesser-known quality works to the screen. Joe Wright certainly learnt from experience on this one. After a reasonable but ultimately slightly tired attempt to adapt the monumental masterpiece that is Pride and Prejudice, his star-turn came with the contemporary classic, Ian McEwan’s Atonement, from which he crafted a beautiful piece of film-making to rival the book itself.

So, keep an open mind, go and see Great Expectations. Apparently Ralph Fiennes’s Magwitch is worth the price of the ticket all on his own. If that fails to please, then let’s look ahead and look forward to Peter Jackson’s The Hobbit and Baz Luhrman’s The Great Gatsby. You can’t avoid great adaptations, so you might as well get stuck in – there’s certainly something for everyone.