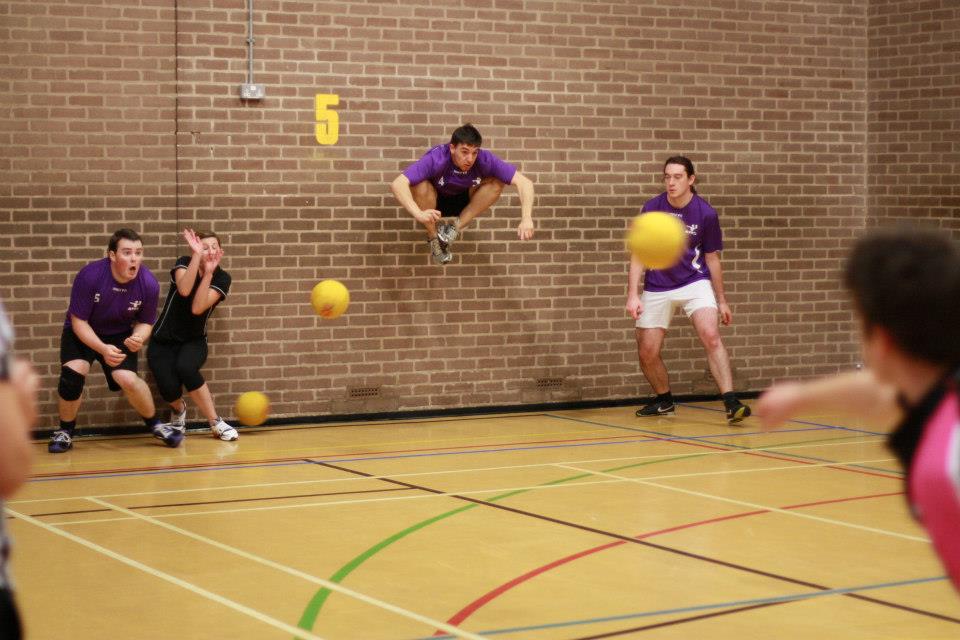 Suzanne (member of the Dodge Ball Society) went along with the Botanical Society to their trip at the Manchester Museum Herbarium.

How did you find your trip with the Botanical Society?

I had a fantastic time! I’m a Biology student so already have an interest in plants, but I found it really interesting and really good fun. I have been to the museum before but the Herbarium is up in one of the towers so was great to see a part I normally wouldn’t get to see.  We were taken around by the curator Rachel Webster, who showed the huge collection of pressed and dried flowers, there were even fox gloves from 1865.

What were the bad things, if there were any?

There weren’t any bad things really, there was a point we were told of the history of some botanists which could potentially be seen as boring but as a whole still really interesting.

Was the trip what you expected?

Yes and no. I was expecting to see a collection of flowers but not in a private part of the Museum where there were only 8 of us being shown around. It reminded me of a scene out of Harry Potter because at one point we were shown a collection of dead flies that were a medieval Viagra. I had no idea how big their collection was and would recommend anyone who is interested to visit.

Would you go again?

Definitely, the curator mentioned all the volunteering opportunities they have to offer. I’m interested in working in science communication. So next semester am considering doing some volunteering, would love to get local schools interested in the collection too.

How friendly was everyone?

Everyone was very friendly, turned out I knew a few people from before, but I know they are always accommodating to new members.

Would you recommend other societies taking part in the society swap?

Yes I would. It was so easy, all I had to do was turn up for an hour and had a great time. Since the tour I have been telling all my friends about it. It has widened my experience on what Manchester has to offer and was great to have a taste of something I wouldn’t normally have had the chance to see.

8 – it’s an amazing opportunity for people with an interest in botany. I was surprised at how large the society is and how many people do have a genuine interest in this field.

Amanda (member of the Botanical Society) had a go at Dodge Ball.

What were the things you enjoyed about playing Dodge Ball?

It was really great fun, and everyone was so helpful. At the beginning of the session they explained the rules clearly so I knew what to do. The session was an hour but the time went really fast, I enjoyed how social the game was and nobody took themselves too seriously. It started off with girls and boys playing separate games, and then at the end everyone come together for a game so I liked how they mixed it up.

What were the bad things, if there were any?

There is nothing bad to say really. However I did end up bumping into another girl and smashing her in the head by mistake. This is definitely not the societies fault, and I hope the other girl is alright because my ear is still burning!

Was Dodge Ball what you expected?

I had no idea what to expect, I didn’t know the rules and I had never watched the film. To begin with I thought it was going to be complete chaos and something similar to a war zone. But it was very different, and was pleasantly surprised at how organised their sessions are. They don’t have an external coach so it was all coordinated by the Chair, Jo Maughan.

Would you go again?

Yes, planning on going next week because it is only £1 a session.

Would you recommend other societies taking part in the society swap?

Definitely, before this I thought people only played Dodge ball in America. I had no idea that you can play it in Manchester, so it was great to have my eyes opened to a new sport.