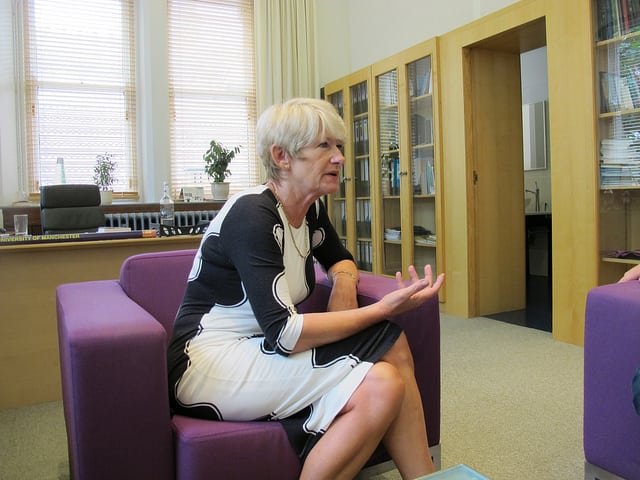 University staff have been given a chance to pose their own questions or queries to the President and Vice Chancellor, Dame Nancy Rothwell.

Staff members were able to email in their questions which were then asked to Dame Rothwell in a Question and Answer session. The session was videoed and is available to see on StaffNet.

Questions ranged from queries over research incentives to a concern about the University’s carbon footprint.

An issue that was of repeated concern was the planned move from the North Campus to Oxford Road.

John Keighren, Media Relations Manager presented Dame Rothwell with the questions. Discussing the move, he said: “A lot of people have said that it’s a big investment in buildings rather than people.”

Humanities lecturers and student support staff emailed saying that despite a fall in recent student numbers they still feel significantly outnumbered by students and this can lead to reduced teaching quality and reduced research time.

“Have you put too much focus on new buildings and not investing in your people?” asked Keighren.

Dame Rothwell admitted that while more staff members have been employed across schools, there are some areas where the student to staff ratio is too high and that they will need to continue to invest in both academic staff and professional support staff.

Another staff member stated: “If you sell the North Campus that should leave you with a decent amount to fund support staff which for the last few years have been well under the rate of inflation.”

But Dame Rothwell denied responsibility, claiming that: “That’s not a University issue, it’s a sector issue and a national issue and of course in many areas staff have taken cuts, that’s outside the University.”

She went on to say: “In terms of the North Campus, one of the things we decided was that we had to determine that we could be able to do it without assuming sale of the land or the buildings because otherwise we might be there forever more, because we don’t know.

“We are working very closely with the city and developers about what would be best for the North Campus. It may be in our best interests to keep it and use it for other purposes but of course it may also be that it is to sell it and then that income will be reimbursed in people and perhaps in accelerating the capital programme,” she added.

One staff member complained about the Stopford building, calling it an “eyesore,” which had been amplified by the finalisation of the Learning Commons across the road.

Dame Rothwell said that the main refurbishment of the Stopford building would be in Phase Two of the proposed plans, after the campus move.

The University’ National Student Survey (NSS) score and whether it will meet its targets was also raised.

“The NSS score increased this year but the university is still joint 19th in the Russell Group,” said Keighren. “Is there going to be any improvement or is this going to be as good as it gets?”

“There is no room for complacency because obviously we can go down as well as up. But a 4 percentage point increase from 79 to 83 is actually a big increase and was much more than I had been hoping for,” she said. “I’d been hoping we’d go up by 2%. I do think we’ll go up again next year, we’re some way off our target and that will take a few years to do.”

Following on from this point, Dame Rothwell addressed the issue of the University’s Home Undergraduate Target: “We will miss the target that’s for certain because we’re well down now.”

“We’ve been preparing for this,” she said. “But that doesn’t mean to say we can be relaxed about it. Everyone expected a dip this year, the question is can we bring it back next year.”

The interview went on the address issues such as the wastage of Food on Campus, apprenticeship schemes within the university and how staff can be encouraged to use public transport.

The final question was more light-hearted, asking: “Do you write your weekly message yourself?”

“Absolutely I do,” was the response. 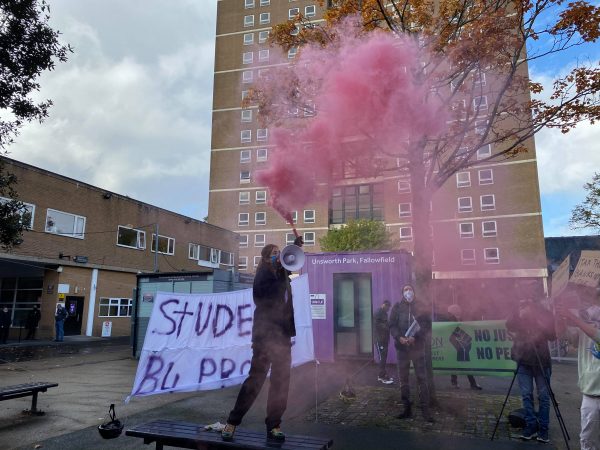