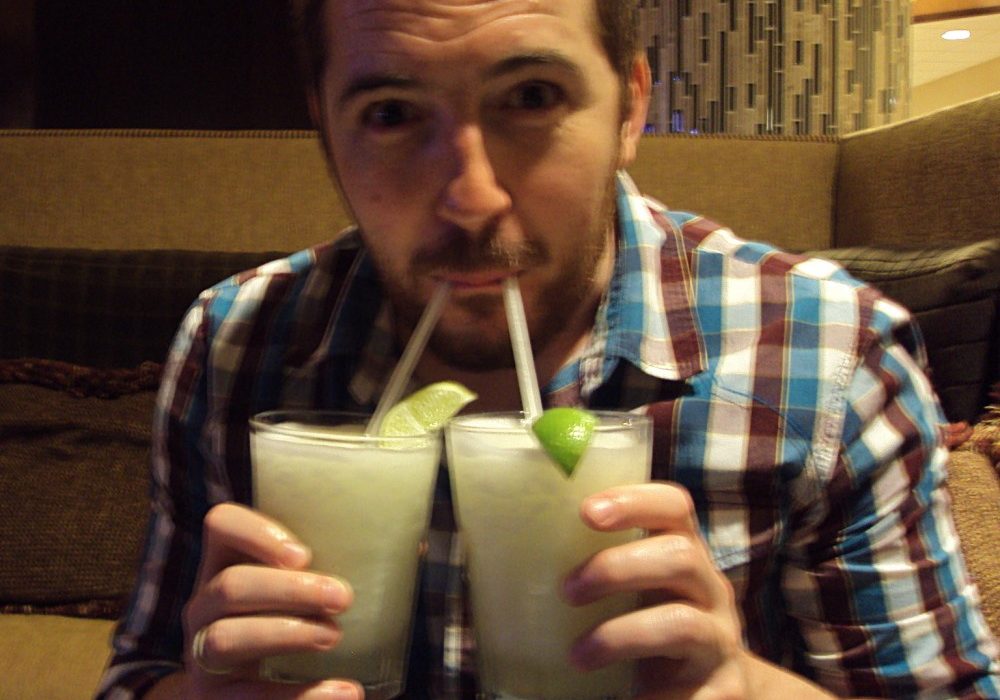 In conversation with: Simon Binns

Simon Binns is one of our favourite food writers. With a history in business journalism, his opinions on food have a practical edge. He has worked for the BBC, Manchester Evening News and Manchester Confidential. He is very down to earth and funny; a pleasure to be around. He has seemingly reviewed, or at least eaten in, every Mancunian café, pub, restaurant, grill or eatery you could wish to. Settled in North Tea Power with brews in hand, we learnt many a thing about eating in this muddled city.

We began by discussing the most popular fare in Manchester – Simon tells us ‘inexplicably, the highest grossing restaurant in Manchester is Red Hot World Buffet, so work that one out. £140,000 a week, they say.’ And apparently, Red Hot are planning to double their capacity.

Jessica Hardiman: So what’s their secret?

Simon Binns: They do this really clever thing, they let you in, then make you stand next to a rope for about five minutes while they go and find you a seat, even though there’s 300. And so, everyone’s just looking at all this food, by the time you unleash them, they’re just rabid animals.

SB: I don’t think they’re less discerning, it’s just not like London – a fine dining high concept thing with all the tourist footfall. There’s more people living in the city and you can afford to do it.

SB: I think we do quite well for mid-market dining in Manchester, quite acceptable good restaurants. Some of the chains do well – Grill on the Alley, does what it does really well.

I think there’s still a little bit of a fear around fine dining, up north. Fine dining has come a long way in the last five years, it’s quite relaxed now. I don’t know if Manchester needs a Michelin star, and the pressure to keep it.

EC: Where are the worst experiences you’ve had – if you’re allowed to say?

SB: I’m not one for naming things, however, I feel no shame in saying that La Vina on Deansgate is where I’ve had one of the worst meals of my entire life, it made me feel quite sad really, and shocked. It’s the tapas place. It belongs to the same chain as La Tasca. It’s just horrible. But I’ve gotta say, I think the standard in Manchester is pretty high.

JH: So where are your favourite places to go?

SB: I really like Aumbry, but it’s not cheap. Room’s really good, never had a bad meal there. It depends what you’re into in Manchester – I’d have a burrito every day of my life if the doctor didn’t say I couldn’t. I think Pancho’s is really good in the Arndale food market if you want something cheap and quick.

EC: People always ask us where’s good to go for lunch. Where would you suggest?

SB: Grill on the Alley over the years has been the most reliable place. If you go to Chinatown, somewhere like Yuzu is good, Zouk off Oxford Road is the best Indian in Manchester for my money. I think you’ll probably see some good mid-market chains from London have a look at Manchester over the next 12 months. They’ll clean up. Like a good Thai restaurant concept.

EC: Oo, I’ve been to a good Thai restaurant in the middle of town somewhere – Chouphraya?

JH: What do you think about restaurants that create false hype? I don’t think it’s very imaginative, I don’t respond well to it.

SB: I’m with you on that one. I did a thing about the burger thing and obviously being a 36 year old man, everything drives me mad. The people who, 12 months ago, won’t eat a McDonald’s because it’s bad for them will happily walk into a burger bar, fork out 15 quid. Hot dogs are the next thing apparently. You know the hot dogs you buy from a tin, 10 for 99p, you’re gonna be paying £8.50 for them soon because someone’s put a bit of bacon on it and given it a funny name.

EC: We need to have something like Almost Famous without all the bullshit.

SB: That’s almost a restaurant concept in itself, Almost Famous without the bullshit; it’s a business plan. Oh no, that’s just McDonald’s actually.

There are a lot of restaurants in Manchester that are trying to do too much, I don’t really know what their key thing is. As much as Living Ventures get a rough ride for places like The Alchemist, Oast House, Australasia, Grill on the Alley – they’re all very different and the reason they do so well is all the individual brands do one different thing really well.

JH: So where’s good to drink?

SB: Wow, everywhere, anywhere, depends who you’re with. Manchester still has great pubs which are sort of the saviour of the city. It has inner city pubs – you go down the street, you’ve got The Vine and The City Arms, the Town Hall Tavern, The Temple – the graffiti in the toilets there is always wonderful, Peveril of the Peak; a vast variety of pubs. You could do a really good pub crawl of actual pubs in the city.

EC: What about cocktail places? I like Hula Tiki.

SB: Yeah Hula’s great, I’ve been there a lot, I like it down there, but Liar’s Club is great. But sometimes these cocktail bars are better on paper – when you go in and there’s 98 people ahead of you at the bar, all waiting for 6 Flaming Zombies and you just think, I could be here a while.