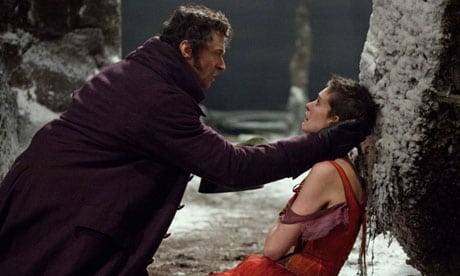 Awards season may be over but we’re all still talking about who won what.  Yet one role in the filmmaking process that deserves a lot more recognition at the award ceremonies is that of the Casting Director. Sophie James talks to one of the best, Emmy-winning casting director Nina Gold – whose work includes The King’s Speech, The Iron Lady, Nowhere Boy and Les Misérables – about the growing importance of the casting director, making Colin Firth King of England, and Eddie Redmayne’s amazing voice!

I was blown away by Les Misérables, which you cast.  How difficult was it to find actors who could sing?  Or did you have actors lining up at your door?

We really did have actors lining up at the door – everyone wanted to be in it, including big movie stars who wanted to show that they had the musical skills. In any other circumstances, movie stars would never audition, but with musicals they have to, and everyone did, and it was fascinating. It became instantly obvious that some people have a natural affinity for the medium and are very at home telling the story through music and song, and we were lucky enough to get our first choice for every part, and that is incredibly unusual.

Eddie Redmayne’s portrayal of Marius was a highlight of the film for me.  There must have been plenty of actors after that role.  What made you think of him?

I’ve seen all his work and think he is an absolutely brilliant actor, and had the romantic quality for Marius. I’ve cast him in other stuff and then, when he sent a clip of himself singing ‘Empty Chairs at Empty Tables’ that he made with his iPhone and it turned out he could sing it, it was obvious it had to be him.

In his acceptance speech at the 2012 BAFTA’s for The King’s Speech, which you cast, Tom Hooper suggested the role of casting director deserved official recognition by having its own award category.  Do you think the role of the casting director has grown in importance in recent years?

In the old days of filmmaking there wasn’t a casting director – I’m not sure who did it, but no one is credited on early Hollywood films. It is a big and difficult job and getting it right is essential to making a good film, and also very collaborative – the relationship between the director and casting director is key. I really think we should get awards…but then, I would!

Films like Les Mis and The Kings Speech must have been interesting from a casting perspective – do you prefer films that present new challenges?

It’s never easy, I have to confess. Les Misérables was fantastic fun to cast because of the singing. I had only ever done one thing that involved singing before, Topsy-Turvy by Mike Leigh, and that was also absolutely wonderful.

What is the extent of the casting director’s role – where does it begin and end?

It begins with the script, sometimes long before there is any money raised to make the film and sometimes ends with the last piece of casting, and sometimes lasts as long as giving one’s opinion during the edit,  in the cases where I have a very close and long lasting relationship with the director.

Does it require a different approach when casting real life roles such as George VI, John Lennon in Nowhere Boy or Margaret Thatcher in The Iron Lady? Does it add more pressure to get it right?

I suppose it does – especially when they are still alive! You do need to make a decent stab at making them a bit similar to the real person. Though it can be quite a lot to do with capturing the essence rather than a lookalike approach. In fact, Colin Firth looks nothing like the real Bertie and is much taller and was older than he was supposed to be, but in the end, he was so brilliant that one doesn’t even think about that, and he certainly made the role his own.

I think if they are really good, then it’s fine and one needs to have an open mind and remember that the world is a lot smaller than it used to be. But they really do have to be good, and the fear of a Dick Van Dyke moment in film is always very frightening.

The Counselor by Ridley Scott and written by Cormac McCarthy, which is a very dark and wonderful film. A Long Way Down – directed by a great French director, Pascal Chaumeuil, from a Nick Hornby novel. World’s End, directed by Edgar Wright and starring Simon Pegg and Nick Frost again. Rush, directed by Ron Howard, about James Hunt and Nikki Lauder, I thought I wouldn’t be particularly interested in it but it is brilliant, even for someone with as little interest in formula one as me. And Don Hemingway, a very black comedy about an ex-con’s return to life outside prison, starring Jude Law in a complete transformation from his normal self.

And a few random questions….

If they remade Gone With the Wind, who would you like to see play Rhett Butler and Scarlett O’Hara?

Hmmm – I guess it would have to be George Clooney wouldn’t it? How about Jennifer Lawrence? But maybe they aren’t the right age for each other. I’m very relieved that I don’t have to find the solution to that problem today!

Who could be the next Bond?

Idris Elba? That would be good.

Is there a literary or historical figure that you would like to see on the screen and who would you cast to play them?

At the moment I am casting a television project about the Vatican and am trying to cast the Pope which is particularly interesting at this moment. 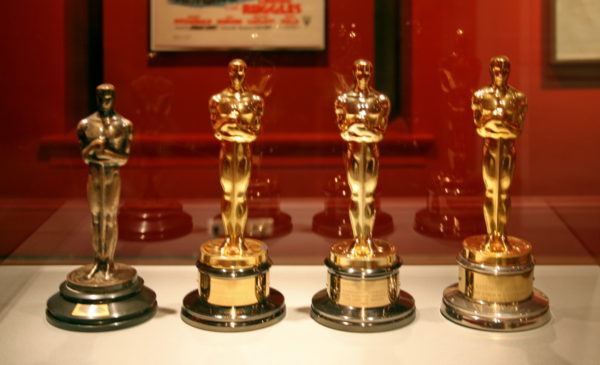