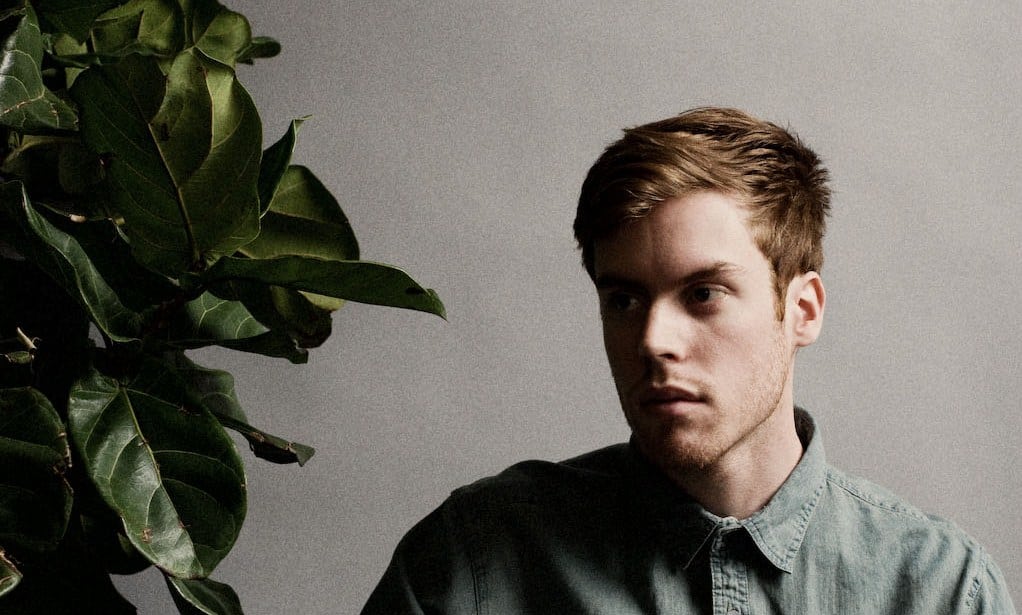 “I’m not really sure what we are at this point.” Seven days ago, Jack Tatum was in Melbourne; today, he joins me in Sound Control’s deserted basement bar on the other side of the world, having stopped off to play shows in Japan on his way. It’s probably not inaccurate to say that he is Wild Nothing; that’s the name he chose to attach to the musical project he dedicated much of his final year of university to, with debut record Gemini the end product back in 2010. Since, he’s been almost constantly on tour with a five-piece band, prompting me to ask whether he still feels like the project is his own. “It’s a weird grey area. On the road, it definitely feels like a band; the live show’s all about how we individually interpret the songs I made – there’s five different takes on them. But the records are all me. Gemini was all me, and so was Nocturne, save for the drums.”

There’s clearly significance to the decision to name the first album after the astrological sign represented on the zodiac by twins; Tatum had to balance Gemini’s production with his studies whilst at college in his native Virginia. “I definitely didn’t graduate with the highest of honours,” he laughs, “but the timing worked out great, you know. I was finished at college a month before the record came out. I was working on it my whole senior year, so it became a pretty big distraction. I was just glad that I managed to get both things finished, in the end.”

Once Gemini had managed to wing its way into the wider world, things began to take off at breakneck pace for Wild Nothing. “There was a long period of time when I just didn’t get the chance to reflect on it. The album came out in summer of 2010, and we started touring that same summer. We toured right through the fall, had a little bit of time off and then we were right back into playing in the spring, and then we went to Europe straight afterwards. It definitely forced me out of my comfort zone, but it really worked in my favour second time around. I was way more prepared – I knew what I was getting myself into.”

Nocturne, Tatum’s sophomore effort, dropped last year. It was conceived, for the most part, in Savannah, Georgia, before being fleshed out in Brooklyn, New York. “There was nothing intentional about that; it just so happened that I was living in Georgia when I was writing the songs, and that I’d moved to Brooklyn by the time I came to actually record them. It was just reflective of the weird way in which my life’s progressed since I’ve been doing this. I’ve basically been on tour ever since I graduated – whenever we were on breaks, I’d just be staying with friends, or going back to my parents’ place. It took me a while to get settled. I moved to Georgia because it was cheap and I had friends there. I was sort of waiting for the right producer to come up for the record, and the guy I ended up working with (Nicolas Vernhes) was actually based in the same neighbourhood I’d moved to in Brooklyn.”

Having made Gemini exclusively through his laptop, access to a recording studio was always going to provide the opportunity for Tatum to take a major step forward. “The biggest thing was just having a producer, having somebody extremely knowledgeable to work with. I mean, obviously I had a lot of nice equipment at my disposal for the first time, too; I could never have had a string section on a song before, but I was able to do that on ‘Shadow’. But I never wanted to use any of that to pursue a wholly different sound to the first album; it was just nice to have somebody to bounce ideas off, to help me tweak things. The other thing that helped was just having a time restriction, because we only had three weeks to record – that prevented me from overthinking things.”

Another major consideration for Tatum in the making of Nocturne was that the songs would have to be reproduced in a live setting, something he hadn’t had to think about on Gemini. “I had to be able to translate the experiences I’d had on the road into my songwriting; I had an idea of what worked and what didn’t,” he says. “I had to sort of map out how these new songs were going to sound onstage; it was kind of restrictive, in a sense, because that’s always in the back of your mind. You’re constantly thinking that maybe you shouldn’t add this or that, because you’d need to find a way to make it work live.”

The implementation of the string section, he says, was merely an attempt to ‘complete’ that particular track. “I don’t think I was necessarily trying to be more expansive on this record. I just think that, if a song’s calling out for a certain something, you should do everything you can to try and figure out what it is and how you can use it. My only real ambition for this album was to make a polished pop record – I was obsessed with that idea.”

Tonight’s Sound Control show marks Wild Nothing’s fifth appearance in Manchester already; three visits to The Deaf Institute on the touring cycle for Gemini were followed up by a support slot to The Walkmen, across the road at The Ritz. It’s impossible to miss the influence that Manchester has had on Tatum’s songwriting; both of his records seem born, primarily, of British influence. “The musical history of Manchester has inspired me in so many ways,” he says. “Obviously all of the Factory bands, and The Smiths – they’re huge influences. The first time we came here, it was such a big deal for me; to be in this city where so much music that I loved was produced was incredible; it was like all those songs made a little more sense now I’d been there. I feel that every time we come back. I’ve gotta say, I feel like, as an American, I probably romanticise that stuff way more than British people probably do; I get the feeling that the young people over here aren’t quite as awed by it, as much as I’m sure they’re proud of the lineage the city has.”

Looking forward, Tatum tells me he already has a new EP finished, recorded over the course of a three-month break this past winter. “It’s pretty difficult for me to write on tour; I usually build up general ideas on tour – not necessarily even musical ideas, just whatever’s inspiring me at that moment. As much as I love touring, I’m always so happy to be home, and I seem to have these creative bursts when we first get off the road – I guess that’s how the new EP came about. We’re not too busy this summer – just some festivals – so hopefully I can keep writing. I’m always looking to the next thing.”

Empty Estate EP will be available May 13 via Captured Tracks