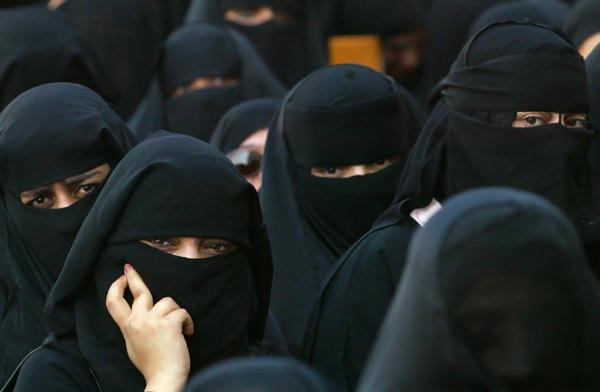 To veil or not to veil?

A single human rights issue has come to the fore in every public institution over the last week. From hospitals, to the courtroom, to schools the wearing of the niqab, or full-face veil, by some Islamic women has become a zenith of controversy. On Question Time the issue of veils being worn by staff in hospitals was the first to be debated, by a panel that was notably absent of any Islamic women. Earlier this week, the leader of one of the major teaching unions suggested that veils worn by students in class inhibited their learning. Birmingham Metropolitan College notably banned the hijab completely, a decision that has now been reversed. Judge Peter Murphy arguably made the most significant decision regarding the niqab, when he negotiated with a defendant and her counsel to allow her to wear her niqab for the entirety of her trial with the exception of when she was giving evidence. The niqab is clearly the issue of the day.

There are two distinctive sides to the niqab debate, with pragmatic requirements and individual liberties coming into direct conflict. Pragmatically, it can be argued that with the face fully covered the ability to communicate is significantly reduced, preventing patients from understanding their treatment fully, teachers from monitoring the progress of their students in class and a jury from making a value judgement on the evidence presented to them. However, the freedom to wear what one chooses is a fundamental human right. While some choices are deemed offensive or potentially damaging to those around the wearer, such as nudity or images of oppression, it is generally accepted that the niqab does not fall into this category. As such, what is a relatively intuitive and straightforward debate seems hard to reconcile.

However, the debate has been marred by the sensitivities involved on all sides. The most evident of these is the religious tension involved. For those caught up in a wave of anti Islamism this is an outward depiction of a religion they despise. While this is obviously a distasteful and unacceptable point of view, the force of the reaction against it could prevent the niqab from being banned in limited circumstances due to a fear of appearing to fall into the category of religious or racial prejudice. Equally, the Islamic community understandably views the failure of western communities to appreciate the role of the niqab as frustrating and bigoted. Particularly, many leaders have highlighted that only a very small minority of women choose to wear the full niqab. As such, its affect seems marginal and the choice of the media to turn the issue into headline news seems unreasonable – they see evidence of a subtle attack against outward symbols of Islamism as a whole.

Most potently, the debate has turned to the ever-present issues surrounding western criticism of the role of women in Islam. Many people have said that they dislike the niqab due to its perceived role in oppressing women, with the Conservative MP Sarah Wollaston deeming the veil ‘offensive’. The home secretary Theresa May has conversely suggested that in her opinion a woman should be able to choose to wear the veil should they wish. These opposing opinions mark a turning point in the debate; the discussion has moved from the practical implications of the veil to a moral analysis of its role in ‘oppressing’ women. This damages the arguments of those simply trying to improve communication in public situations and can expose them to accusations of being morally against the niqab, a position which did not play a role in their initial suggestions.

One group is notable in their absence from these discussions. Women who wear the niqab themselves have rarely been drawn on for their opinions on its use in public circumstances or their personal motivations for wearing it. In The Indpendent, Sahar Al Faifi has written a compelling article about her own choices when it comes to the niqab, highlighting her successful career in molecular genetics and her own parents arguments against her wearing the veil. The simple narrative that has pervaded the debate over the niqab, accusing all niqab wearers of simply complying with external pressures, is clearly not as compelling as has been suggested. The views of Islamic women must enter the arena of this debate before we can draw any meaningful conclusions.

What is most evident from the debate over the niqab is the ease with which a discussion about practicality can descend into a debate about moral right. As much as possible, when considering the niqab we must separate practical requirements from religious and moral emotion. Judge Peter Murphy showed that in the case of practical necessity solutions can be found for the niqab ‘problem’.However, he never suggested that the niqab in itself was an issue. Those who hijack these debates for their own moral programme only damage the useful discussion between each side of the pragmatic debate over the application of the strictures of Islam to the necessities of western society.