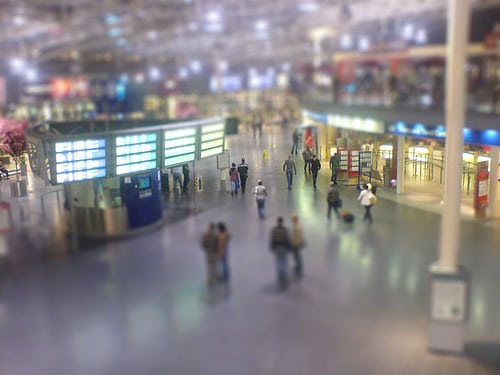 James Anthony Black has been sentenced to 2 years and 6 months in prison for making hoax bomb calls in Manchester in February.

Black, of no fixed abode, pleaded guilty to three counts of communicating false information with intent, having instigated three bomb alerts in the city centre.

Manchester Crown Court heard how Irish-born Black, 39, caused anxiety and distress to the public when he used public phone boxes to make the calls, the first of which lead to a large-scale emergency response, with Black telling the operator,

“There is a bomb at Piccadilly station. It will go off in five minutes.”

Piccadilly Station is a central part of the Manchester public transport system and with the city’s universities accessible by bus from Piccadilly.

GMP Detective Inspector Brian Morley stressed that hoax bomb threats are a serious offence, “Making bomb threats is not a prank. Robert Black’s actions caused a huge amount of disruption to the community and wasted police time and public money.” Less than six hours after making his first hoax call, Black made another on the evening of Thursday, February 14, from a telephone box in Piccadilly Gardens.

Officers were deployed to Piccadilly amusement arcade after he claimed there was a bomb there.

Black made his final call the following Sunday (17th), to the Arndale Centre, resulting in the evacuation of 13,000 shoppers and staff who were described by Charlotte Crangle, prosecuting, to have “feared for their lives”.

Following review of CCTV footage, Black was arrested on Monday February 18, in Piccadilly Gardens, just yards from where he had made the calls.