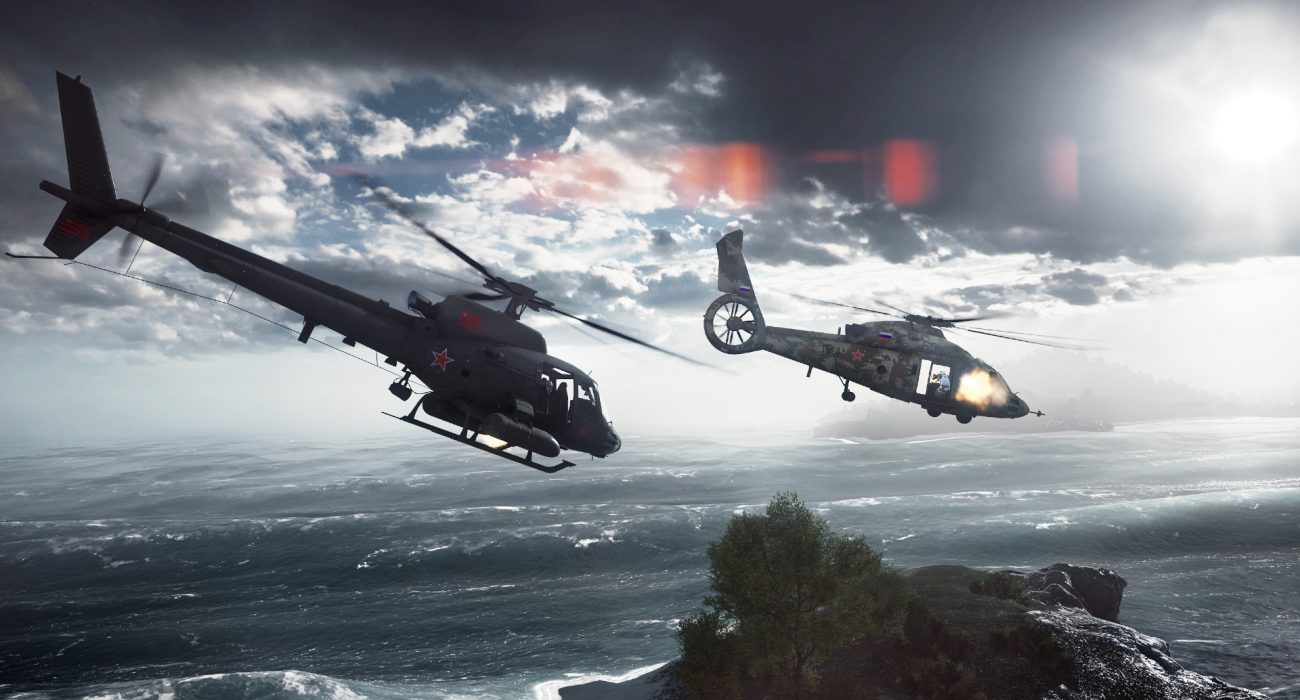 The Battlefield 4 beta is finally available now to download on PC, Play Station 3 and Xbox 360. With the new Frostbite 3 engine, “Levolution” and a brand new map, guns and vehicles, you can now try out the newest take on the Battlefield franchise. Let me give you the run down first. In the beta you gain access to the well-publicised map: Siege of Shanghai where the Americans battle the Chinese to take the famous city. The same arsenal is available to both sides ranging from pistols to anti vehicle weapons, from boats to helicopters.

The new Levolution introduces interactivity to your environment, from raising bollards under tanks, to taking down the central building completely. This mechanic allows for more flexibility in restricting movements and creating new routes to your tactical or aesthetic needs. Now for the bad news. The level isn’t so much destructible as it is merely more interactive, with exception given to toppling a skyscraper. Battlefield 3 gave you the option to blow up a wall and assault through an unexpected route, but in this beta, the building walls and route-determining objects are indestructible, turning what was the feature in Battlefield 3 to a gimmick in the beta. Having said that, I suspect this to be different in a more open map when the full game is released on the 29th October.

The gun play feels odd. The pacing doesn’t match between the handling of the gun and the pace of the fights. Your character’s speed encourages you to run around and assault, but you are also encouraged to stop and engage at longer ranges by the gun. In the Battlefield 3 all guns had a large enough overlapping effective range so that you are encouraged to stick together as different classes, a feature greatly emphasised by DICE. Battlefield 4 thins out the overlap and gives more extreme distinctiveness to each class of gun, hence splitting the classes apart. Their new take on vehicles on the other hand decreases the distinctiveness between different war machines making vehicle combat a messy affair. Sadly, but most importantly, the beta has its bug issues. A couple I’ve experienced ranged from irritating to game breaking. For example: draw distance of people and objects differ and so you can see the enemy before you can see the cover in front of him, leading you to shoot at his cover, exposing yourself. Others include: not being able to spawn, revives crashing the game, to random crashes due to punk buster.

All in all, this Battlefield 4 beta tells me that this isn’t so much the revolution of the series like BF3 was to 2 was to 1942, but is more of a speedy renewal. I personally find Battlefield 3 more fun, but that inertia might pass.