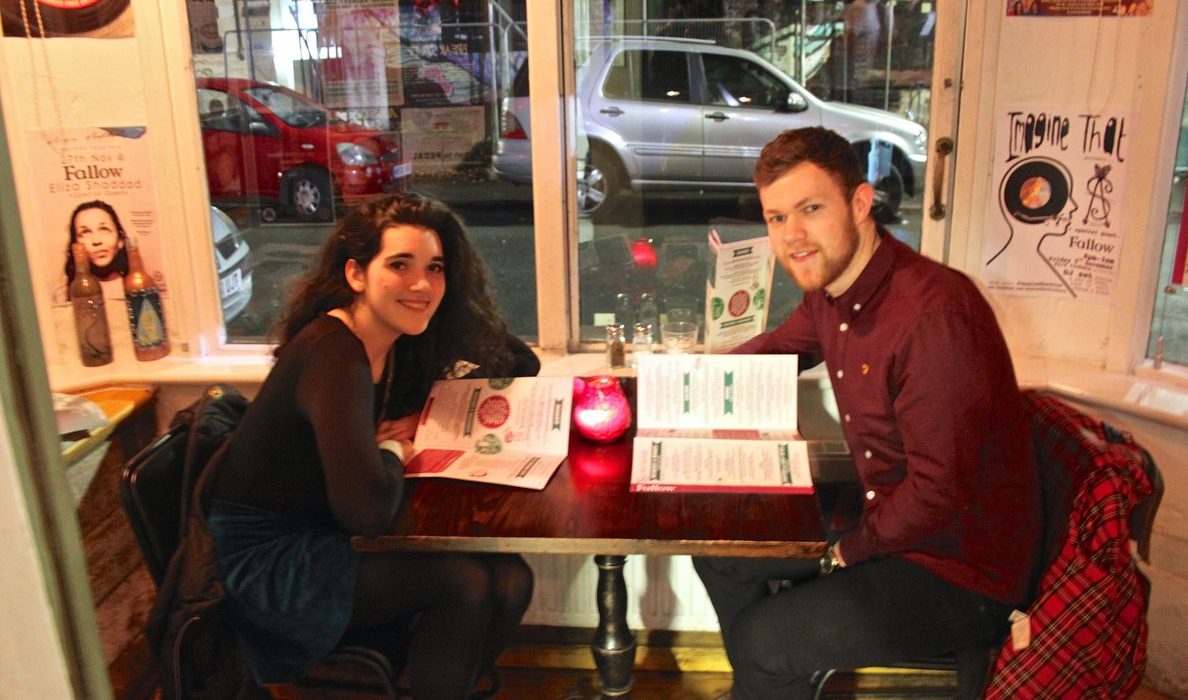 I was surprised because he looked a little older than I expected him to initially be, but he was very friendly and confident and made a very good impression.

Best Features and why?

He was really confident and funny. I like when guys are easy to talk to and keep the conversation going, especially when they aren’t too serious.

Is he your usual type?

Generally he wouldn’t be the guy I would be initially attracted to, but after talking to him he is definitely the kind of a guy I could find myself liking.

We both like red wine and finished the bottle, which was really all that mattered.

Most interesting thing he told you?

He was studying law after finishing a history undergraduate degree, which was cool.

Weirdest thing he told you?

There was nothing that was particularly weird. I found it funny the amount of times he brought up hangover restaurants in the area, but otherwise there was nothing strange.

I’d never met anyone who kissed both cheeks to say hello, so there was a bit of an awkward pause there when he went to say hi, but otherwise no.

What happened after you finished the meal?

We drank some wine for a bit and then left the restaurant and said goodbye.

We walked down the street and he kissed my cheeks goodbye and we walked our separate ways.

He kissed my checks to say hello and goodbye.

Will you be meeting again?

I wouldn’t mind seeing him again, but no plans were made.

A great girl who seemed very easy to be around.

Fish and chips. I’m from the North East so am somewhat of a fish and chips connoisseur but was still thoroughly impressed.

Her best features and why?

Is she your usual type?

I don’t really have a usual type.

A sickening love of wine and alcohol in general.

Most interesting thing she told you?

That she has lived in Canada, Singapore, and Nigeria.

Weirdest thing she told you?

Once did jelly shots with OAPs at an 80th birthday party.

A beaten and drunken local tapped on the window to attract her attention, Amsterdam-esque.

What happened after you finished the meal?

A kiss on the cheek, but nothing Shakespearean.

Will you be meeting again?

Unlikely, but she is a very interesting person who’s very fun to be around. A fantastic catch for somebody out there!

Fancy a free meal and a date?
Email: [email protected] with your name, year and course.