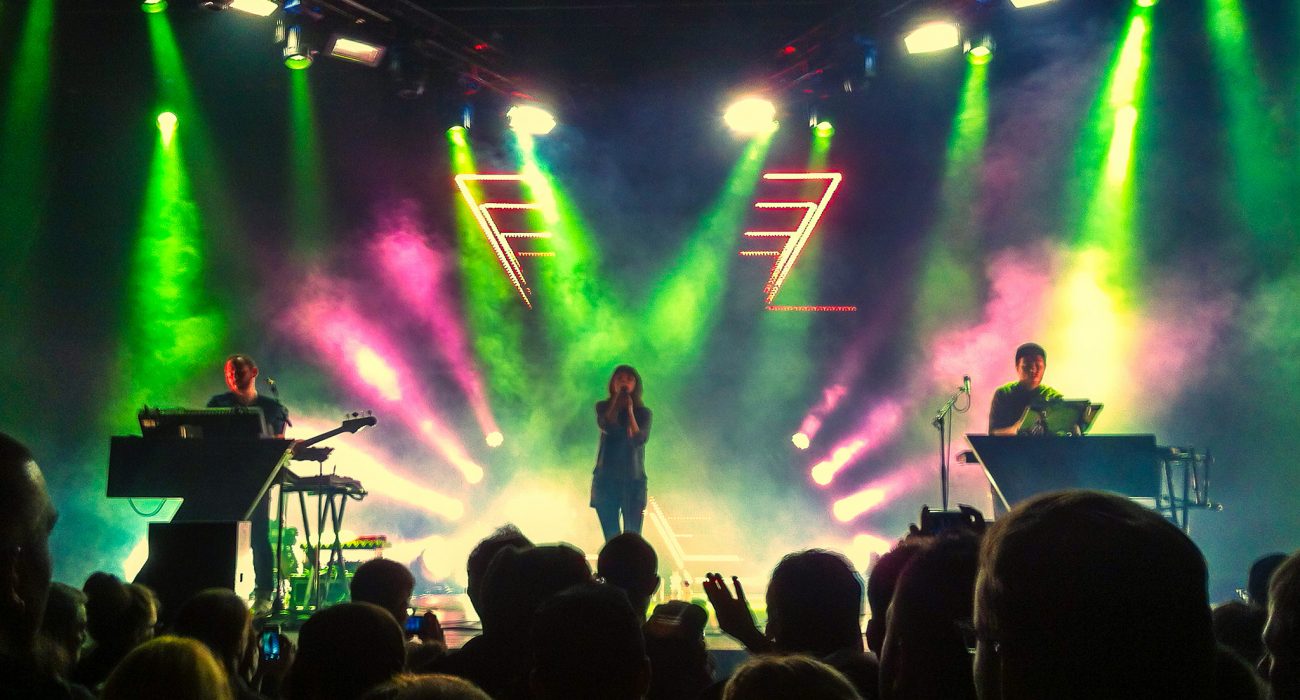 The lights are set – a pattern of triangles behind the waiting microphone. Chvrches appear on the smoky stage for the final time on their UK tour. Lead vocalist and talisman, Lauren Mayberry, clutches a bottle of water and carries a quiet calmness. She greets the sell-out crowd with a smile, wave and a few words.

The Scottish 3-piece kick off the gig as they mean to go on, with the catchy, upbeat ‘We Sink’ before wowing the two and a half thousand onlookers with the lyrically fascinating ‘Lies’. They then take the audience through a selection of alternative pop hits, each as quirky and filled with eclectic, synthy choruses as the last.

Chvrches are at their best; with Mayberry at centre stage, Cook with a bass guitar and Doherty manning the sampler. All this while the crowd are treated to their very own Aurora Borealis, courtesy of the lasers, patterns and strobes which mingle with the mist that hovers around the three musicians.

I would recommend a Chvrches gig without a second thought, but not without a word of warning – Lauren Mayberry is a thief. Her partner in crime, the lights choreographer, and the flawless singer completely steal the show. Her voice effortlessly finds a way of piercing through the synthesisers, percussion and bass. Sometimes haunting, sometimes angry, it is blessed with a feminine quality, balanced by a sureness and maturity and, on certain words her delectable accent, a gentle Scottish lilt, rings through. But she stands accused of another count of theft. What else could she have stolen? My heart. And with it, I feel sure, the hearts of hundreds of poor men, helpless in their attempts to resist her.

Absolutely go see Chvrches if you are ready to fall head over heels. If you aren’t, you should still go, but maybe stand at the back – just watch the lights and lose yourself in the bonanza of energy and exceptional electronic music without distraction.

Would I rush back? Yes, yes I would.