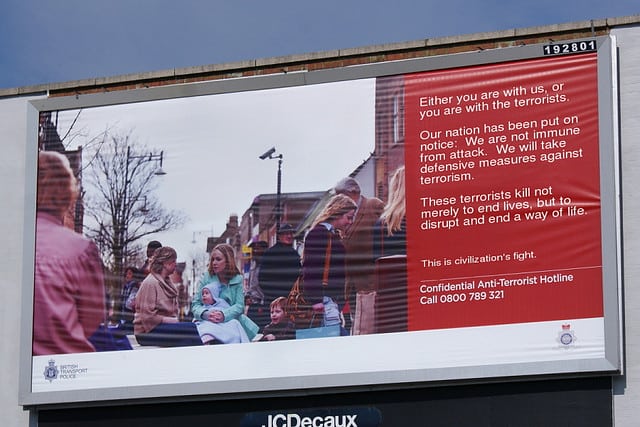 Should we accept a Surveillance State?

Combating terrorism is all about striking a balance between national security and civil liberties. Weighing up these two concepts proves problematic in issues such as mass surveillance; we don’t want to be controlled by the state, yet we don’t want leave ourselves vulnerable to attacks.

However, in terms of surveillance, I completely support it. Whilst I openly admit that the threat of terrorism is exaggerated by security advocates—often to maintain their control to survey as they please, those taking the opposite perspective also dramatise how violated they feel by security measures without considering the detrimental effects of potential terrorist attacks.

The UK’s counter-terrorism strategy, CONTEST, is based on four areas of work: pursue, prevent, protect and prepare. Mass surveillance solidifies and makes practical the strands of CONTEST, both deterring terrorist activity and protecting the state.

Because most individuals don’t really believe that terrorist activity is imminent and a real threat to them, it’s natural then, to go down the arguably selfish road of: “What does surveillance mean for me and my life?” and “I don’t want to be watched 24/7.”

It’s the type of hyperbolic thinking that George Orwell discuses in 1984. Instead of entertaining this ideology, I believe in thinking realistically about the security that’s needed to protect the United Kingdom.

Despite it being difficult sometimes to trust the government and their motives, real-life attacks are proof enough to enhance state security measures. The total financial cost of the 7/7 bombings for the terrorists in 2005 was only eight thousand pounds—with this measly amount they tricked the British Security Services and took 52 lives.

This shows how relatively easy it is for those with an agenda to carry out an attack which could target innocent people. Surveillance of bank transfers could expose terrorist financing to prevent such acts happening again.

Knowing that there could have been just a small chance of stopping the 7/7 attacks from taking place by coupling intelligence with extensive surveillance, surely we should implement protection measures for the future so nothing similar can take place.

Of course, I do not doubt that there are implications of the surveillance state on individual liberty; I just don’t think it’s as atrocious as people make out. It’s merely an inconvenience to be monitored, and in my opinion it’s quite egotistical to suggest that the government want to know about the intimate details of your private life.

They’re only interested in national security and preventing terrorism—not in your inappropriate messages or your spending habits. Neither do they have a desire to constantly watch you through your webcam.

It’s also important to consider the alternative measures to the surveillance state. There are counter-terrorism strategies to gain intelligence which do so in the most degrading, counterproductive and ineffective ways in the name of security.

An extreme example of the ways in which some states, potentially our own gain—the information they desire to prevent imminent terrorist attacks is through enhanced interrogation, which by the way is a nicer phrase for torture. When you compare innocent civilians being monitored to innocent civilians being falsely subject to water-boarding, hooding, beating, oxygen deprivation and sleep deprivation amongst many other method this small inconvenience to our lifestyles pales into insignificance.

Furthermore, strategies such as Stop and Search are alternatives to surveillance, which in the past were undertaken with so much racial bias that the legislature had to narrow the scope in which the police could stop citizens.

Having a system in which everyone is monitored prevents openly alienating people because of their race, colour or social class. Having the mentality of all being in this together is surely more effective than targeting and alienating specific racial groups.

It’s also important to note that as technology improves and advances the risk of hacking and cyber-terrorism increases. Cyberspace is all about exchanging knowledge locally, nationally and globally.

We rarely think about the opportunity this creates for terrorist organisations, but fairly recent instances in Iran and Syria highlight the detrimental effects of hacking. Being monitored on the internet is surely a small price to pay when one considers the worst case scenario of a terrorist organisation gaining access to individual, corporate, banking, defence, security or medical data systems.

The battlefield of terrorism is changing. The Internet has many benefits but the potential of causing more damage by a keystroke than a bomb is increasing daily, which shows the increasing need for enhanced security measures.

The surveillance state really is the lesser of two evils. This is not Big Brother; it’s not personal and it’s not for entertainment. It’s about living in safety and ensuring the UK has an effective counter-terrorism strategy.

We now live in a surveillance state; everyone has been swept up into the culture of fear and surveillance that envelopes our world and we have let it happen without much of fuss. Even after Edward Snowden’s revelations and ensuing chaos not much has changed.

Save for a few public questionings of selected officials, most of the world and the public has settled back into their blind slumber with the frustrated minority trying desperately, but pointlessly, to change things.

The discourse on terrorism and security has been skewed in favour of massive data collection by our intelligence agencies and has been legitimised by constant announcements of the ‘continued threat’ of terrorism.

Surveillance is needed for certain investigations into terrorism, that is undeniable, but we are reaching a point where this concern is being used to justify ever increasingly intrusive and universal methods of surveillance that encompass an ever rising number of people.

Our security services already have vast access to our Internet usage. UK telecommunications companies have already been shown, through Snowden’s revelations, to be providing GCHQ with access to the huge undersea cables that carry all internet traffic in and out of the UK. A subsidiary of Vodafone, Cable & Wireless was assigned a full time GCHQ employee, paid millions of pounds for their co-operation and even given a codename for secret documents.

This at present includes metadata, non-content specific data such as internet searches and sites visited. According to Eric King, the deputy director of Privacy International: “Any internet search or website you’ve visited over the past two years could be stored in GCHQ’s database and analysed at will, all without a warrant.” This should concern anyone with a slight interest in his or her basic rights as a human being, that is, the right not is to be spied on by our own government.

What should be more concerning to us than the vast collection of our data without a warrant is the attitude of those that survey when they are challenged and forced to explain their methods. In a court case brought against GCHQ last year by a consortium of privacy groups including Liberty, Amnesty International and others government lawyers maintained that the “only way” to intercept Internet communications they need is to first intercept a large amount and then sift through them.

They have told civil liberties groups that they “must accept” some form of interception that “permits substantially more communications to be intercepted, including internal communications, than are actually being sought.”

Not only is this a blatant admission that the government sees no problems with obtaining masses of data that is of no relevance to them, it also shows their flagrant disregard for the privacy of millions of citizens of this country.

Using the shield of national security to legitimise their intrusion into our lives enables the security services to continue to use these methods and has the potential to instantly label anybody who disagrees of not caring about national security.

This has severe implications for the future, at present; we may be able to live with these intrusions, but hypothetically the situation could change in about in five or ten years with a conveniently larger and more dangerous terrorist threat. The key question is: Will more powers be sought, or will more intrusions into our privacy just be undertaken without a regard for the law?

Here is where the real problem for the future lies with our surveillance state. Our ever organised and level-headed Home Secretary Theresa May was singing the praises of the new Counter Terrorism and Security Bill this week that included a new raft of powers.

Some of these seem sensible, such as the power to seize and cancel passports of those going to commit terrorist acts abroad and those seeking to return to the UK afterwards. However, it is how May would like to build on this is even more worrying, saying these measures aren’t enough and reiterating the need for the scrapped Snooper’s Charter, which would have forced everyone’s online activity, including conversations, social media activity, calls and texts for 12 months.

This is the danger we face if we swallow the government’s narrative on the terrorist threat and measures needed to eliminate it. Anti-terror legislation of the past can be viewed as one huge snowball that accumulates more intrusive powers every time it is redrafted.

If we continue down this track of accepting these new powers then the security services will only want more, and continue until they can track and place every person in Britain at any time, regardless of their innocence or guilt. Britain is far from, and unlikely to become, a totalitarian state but every time surveillance is stepped up and is accepted, even grudgingly by the public, it paves the way for more of our rights to be eroded the next time. 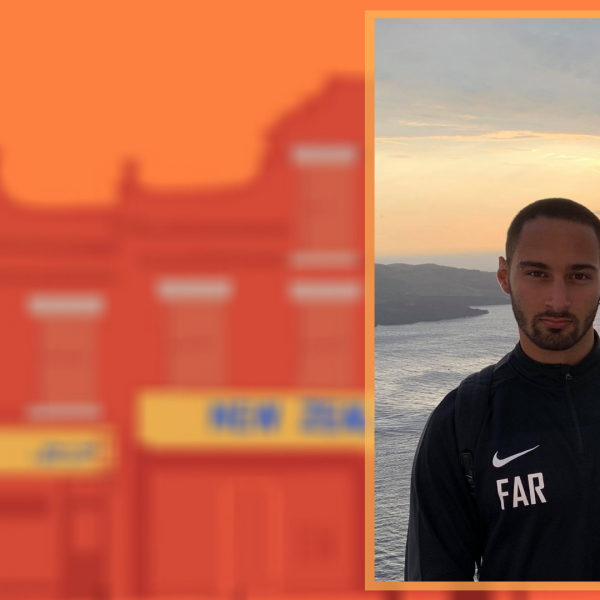