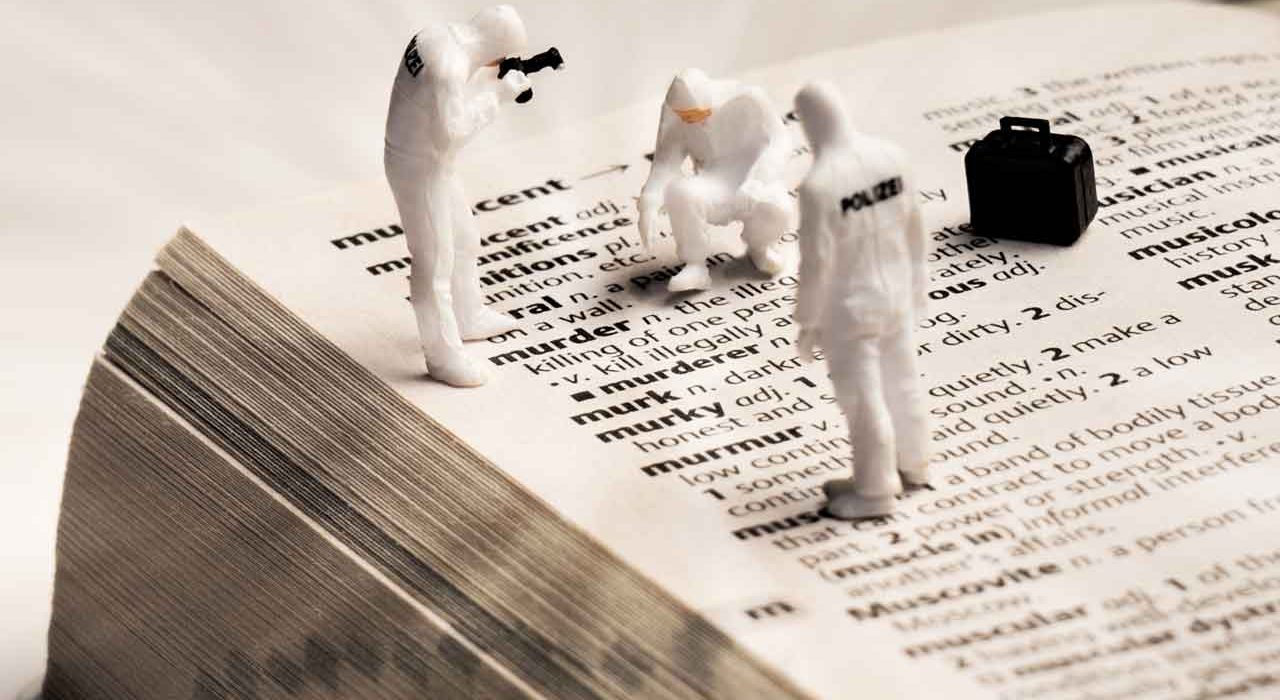 With us humans–us feeble, naïve, easily swayed humans–using the right language can really change everything.

The case hasn’t changed much since the beginning of time: using the perfect combination of words is an ancient weapon used by politicians, writers, musicians and world-leaders. In fact, one of the areas where the correct language is especially useful is the law. By knowing exactly what to say, the media, the courts, and even the almighty Parliament have managed to glorify the most terrible of crimes.

Look at theft for example; words like steal, mug, tax fiddle, pinch may all seem synonymous at first, but prove to be quite the opposite upon further scrutiny. The first two have been drenched with terrible connotations throughout the years. Those who do steal or mug are violent, poor, lazy and are a threat to society.

Those who pinch, however, have gained our approval; they are adventurous and fearless, and are just trying out something out of the norm. Our favourite thieves, however, are tax fiddlers. As white collar as they come, tax evaders are hardly criminals, but are simply the elite of our messed up society.

When it comes to the media reporting on such crimes, no words are chosen at random, but instead the titles imposed on the criminals dictate sentences stricter than anything the court may decide. This is especially true when it comes to homicide.

Arguably the most serious of crimes, homicide is split into two categories, murder and manslaughter. Linguistically, the noun murder can turn into another: murderer. However, the term manslaughter-er simply does not exist. Hence, the former is a social label that is impossible to ever escape. Recognizing this, the law aims to differentiate between manslaughter and murder–sometimes unjustly.

One of the types of manslaughter is loss of control, meaning that some ‘triggers’ justify killing someone in rage. For example, in a 1990s case, a victim of domestic violence set fire to her husband in his sleep, claiming that after years of violence, she lost control. At first face, the crime seems like pure, cold-blooded murder.

However, as far as the legal definition goes, the wife has ‘merely’ committed manslaughter. Whether her husband deserved it after years of unfairness is an entirely different issue, but it is inarguable that she has–literally–got away with murder.

Similarly, another type of manslaughter is constructive manslaughter, where the criminal kills someone in the process of carrying out an illegal or harmful act. In other words, if you are robbing a store and kill the owner in order to reach your goal, you still are not a murderer. Realistically, to the family and friends of the victim, the fact that their loved one has been killed makes whoever did it a killer, a murderer. But to their dismay, the courts, for all practical reasons, will not agree.

This blurring of boundaries has led to quite hefty debate on reforming the law of homicide in the UK. The words first and second degree murder are often repeated in American TV series or movies, as in other countries, murder covers most charges of homicide.

Whether this is the right way to go or not is still arguable; however, as long as the law remains this way, many criminals will continue to escape this harsh, yet probably well-deserved, label.

The issue is also seen in the area of killing oneself, or in other words, suicide. We often refer to someone who ends their own life as having committed suicide. The word ‘committed,’ as harmless as it may seem, instantly implies that they are guilty of a crime.

As a matter of fact, the reason we use this specific terminology today is because ‘committing’ suicide was regarded as a crime in the past, and so the term has prevailed, unjustly, today. In short, by using certain words, we manage to put more blame on someone who kills themselves than on someone who kills an innocent bystander getting in their way of committing another crime.

Any fan of the internationally-famous series Breaking Bad would easily remember how at loss Walter White, a wealthy and feared man, was when it came to explaining to himself to his wife. Right at the climax of his drug empire, he looked straight into the camera and muttered in defeat that he could not find the, as he quoted at the time, “right combination of words” to explain his actions to his wife.

All he needed was the perfect choice and order of words to justify his sinful past. In fact, it’s all anyone needs.