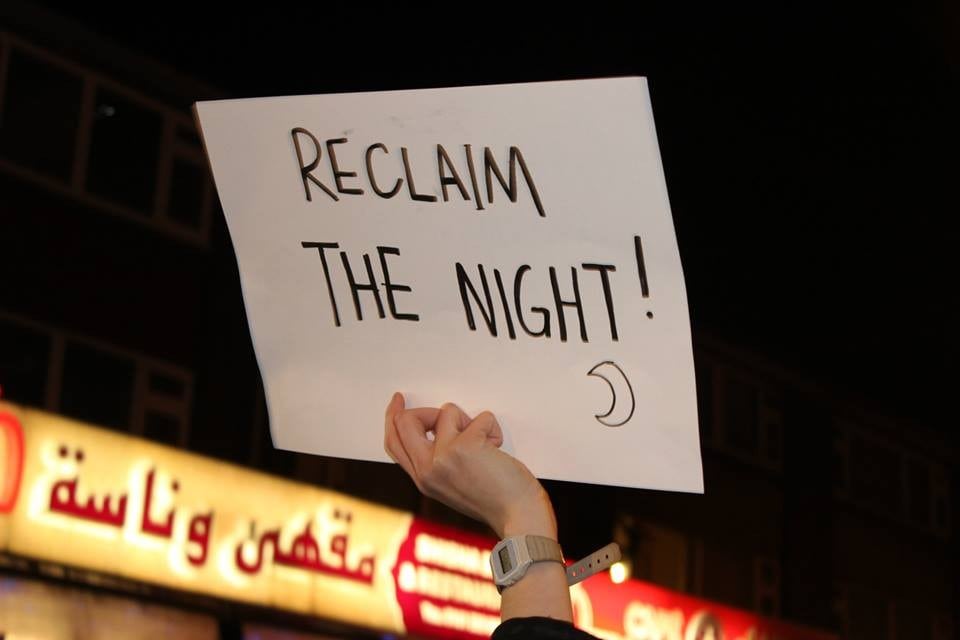 The largest Reclaim the Night saw 2000 protesters join together to fill Manchester's streets with noise. Photo: The Mancunion

The march is described by the organisers as a chance to light up the city of Manchester, amplify our collective voices and take to the streets and say ‘No’ to sexual violence against women, street harassment, rape culture and victim blaming.

As stated on the Reclaim the Night Facebook page, recent surveys of young women show that 43 per cent have reported being sexually harassed in a public place in the last 12 months. A 2013 Home Office study showed that one in five women have been sexually assaulted since the age of 16, yet only 15 per cent felt able to report this to the authorities.

In Manchester specifically recent statistics published by Greater Manchester Police have shown that student rapes have increased 100 per cent this academic year in comparison to last year. Further this year numerous incidents have been reported even at student-led events such as the ‘Pangaea: Rumble in the Jungle’ event in September.

The march, which was fronted by a self-identifying women-only block, kickstarted in Owens Park at 7pm and proceeded through the Curry Mile until the student protestors reached the University of Manchester Students’ Union. At the Union Jess Lishak, Womens’ Officer and a key organiser of the event, addressed the crowds and led the protestors in chants against sexual violence.

Protestors donned neon face paints and glow sticks, besides many home-made placards, some of the most powerful of which read statements such as; “my cunt, you cunt,” “even my dog understands no,” and “girls just want to have FUN-damental rights.”

The march received wide publicity and was covered by The Telegraph, Tiger Takes, Fuse FM’s Dead-Beat Joe and later also by Sky news.

“We hope you enjoyed the incredible and empowering evening as much as we did, and see you next year!”

The Mancunion contacted the numerous societies present at the march to ask why Reclaim the Night is so important for many.

“The event was incredibly empowering and it was a powerful thing to see so many people marching in solidarity. It’s important at events such as Reclaim the Night to acknowledge the diversity of people who are angry and want change, and that’s why I marched – to make sure my voice as a queer woman was heard. ”

Student protesters marching through the Curry Mile. Photo: The Mancunion.

Hannah McCarthy, speaking on behalf of Save our NHS Manchester:

“Reclaim the Night is arguably the most special and subversive night in the University of Manchester calendar. It offers all students the opportunity to reclaim the streets from gendered, sexual and societal discrimination and to voice their solidarity in demanding a society which is free from these injustices.

“Save Our NHS Manchester powerfully marched yesterday evening, reclaiming the night and demanding: ‘No ifs, no buts, no rape crisis cuts!’ We hope to have highlighted the disastrous extent of cuts to services for victims of rape, domestic abuse and sexual violence.

“This slashing of essential services are part of Manchester Council’s £58 Million public sector cuts, which are systematically destroying the lives of some of the most vulnerable in society!”

Rebecca Rigg, a 3rd Year student and volunteer steward for the event:

“After stewarding my second time with the Reclaim the Night gang, I can honestly say it’s a fantastic experience. I saw some old faces from last year as well as so many new ones.

“You have to be a bit of a bad cop, and try and keep everyone within the cones, but that’s only because people get carried away—which is amazing! We’re just there to ensure everyone’s safe.

“But, that doesn’t mean to say I wasn’t sporting my neon face paint, screaming along with the enthusiastic chants and getting as many passing cars to make some noise as possible!

“We will be heard, and I can’t wait to see how big it becomes next year!”

Protesters outside of the Student Union where the march ended. Photo: The Mancunion

“Liberation has always stood at the heart of our politics, so naturally Reclaim the Night has always been one of our favourite events of the year. However, this year—following all of the high-profile sexual assaults that have taken place—marching for our liberation and in solidarity felt more important than ever.

“There was an incredible atmosphere of unity and support as we marched along, chanting and waving placards. It was also really encouraging to have been joined by such a great number of male allies who understood the importance of Reclaim the Night and who proudly proclaimed, ‘this is what a feminist looks like!’

“We all had an incredible time at Reclaim the Night and look forward to marching together in solidarity for years to come.”

The charity organisation Nightline also had representatives present at the march. One such representative, Hannah Jewell, stated:

“It was incredible to see so many people at Reclaim the Night, and the feeling on the march was electric. I particularly enjoyed talking to people before the march and hearing all the reasons people were choosing to take a stand.

“It was also really important to me to talk about Nightline to people throughout the night, as Nightline provides through its service a safe space to talk about your feelings and experiences, whether about sexual assault or anything else, as well as information on services relevant to you, or even just a person to talk to if you’re walking alone and want to chat to someone.”

Many male students were also present at the march and showing their support in confronting rape culture. Photo: The Mancunion

Manchester Action on Street Health (MASH) were also present at the protest and stated:

“The work of MASH has always been about the safety of women—it is at the heart of what we do—and we were very pleased to see so many people voicing this important issue”.

The Mancunion editorial team were also present at the march and wish to express the following statement:

“The Mancunion were present at Reclaim the Night because we wanted to amplify what we believe to be a fundamental issue, not just for students or women, but people everywhere. We are tired of reporting incidents of students being sexually assaulted or raped on our campus—the one place all students ought to be safe.

“We feel it is our duty to support our Union’s declaration of solidarity with victims everywhere, and add our voice to that of the Union’s.”