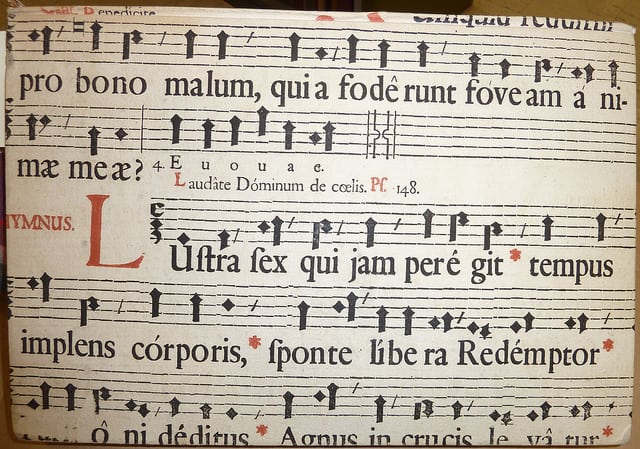 Opinion: Baroque-ing All Over The World?

You may not have a particular interest in the standardised tonal system of the European tradition of classical music since the 16th century and, of course, I wouldn’t blame you. Even reading that sentence back lulled me into a state of drowsiness. But, it is the system which we have all grown up with and abided by, perhaps without even realising. Tonality, in a nutshell, is the arrangement of pitches and chords that give us a perceived stability and familiarity when we hear the music we love.

Something else you may or may not realise is this European ‘Western’ tonal system has made our music rather restrictive. You may argue that genres such as jazz are a lot more ambiguous and free-spirited with regards to harmony and melody, but even then they are still restricted by the limitations of a tonal system with little or no room for manoeuvre. We are not alone as Chinese music, for example, has its own tonal system, as does Indian, and many others, each of which provides us with alternative perspectives to our own embedded European thinking with regards to how harmonies and melodies are structured. Then, of course, you have the issue of how music around the world is notated. To go into detail of the inner workings of foreign notation and musical documentation practices would be foolish, because there is just too much to cover.

Notation systems are all well and good as prescriptive mediums through which one could replicate a song in performance, but the issue lies with what mere dots, lines and squiggles on a page can’t tell you. They can’t tell you the context in which the performance was given, and they can’t tell you how the performance was presented. Notation transcriptions can’t tell you the quality of the tone, i.e. how the sound itself is produced, so you don’t really get a great indication of what sound is actually present. Also, there may be tones that are unregistered in our European system from elsewhere in the world, such as China and India, that would make this system unfit for that particular purpose.

Wouldn’t it be nice if there was a new, universally-accepted system through which every known musical tone in existence was easily-registered and could easily be notated? A system where musical aspects such as timbre could in some way be written down exactly as it was performed? It is an idea that I am aware is incredibly flawed, but, just imagine. The creative possibilities would literally be endless. For this to happen, though, there would ideally need to be an instrument, or two, or even several that are capable of dealing with such ambiguities. Could it be possible? It’s all hypothetical and highly unlikely, but rules are meant to be challenged, if not broken altogether. The rules of music are no exception, even if they are rules in which we have abided by with seemingly no issues whatsoever for over 400 years.