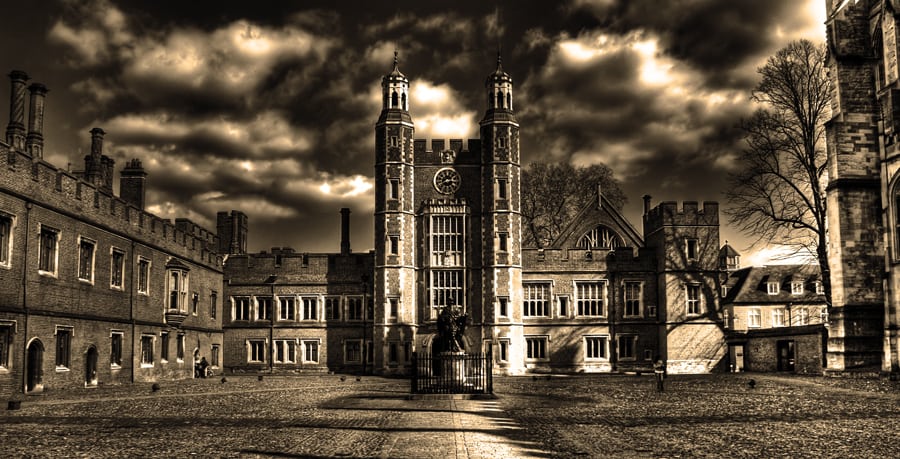 Private education and me

Roughly two years ago, I remember walking out of the school gates after a particularly gruelling day at my new school. The sun was breaking through crumbling leaves, but my new suit was feeling stiff and claustrophobic. I was not a very happy person, but at least I had learnt some life lessons—even if perhaps they did come jarringly quickly.

I had been transported from the fairly stagnant surroundings of a secondary comprehensive with a rural intake and immersed into a climate of debate and thinking. I found myself in a friendship group that loved to talk politics. They were also the minority in the year that seemed to have the feet on the ground—one of few comforts to me.

A few years later, in fact just a few months ago, I cast my vote for Jeremy Corbyn to become the next leader of the Labour Party. I believe I am one of few people that can consider themselves as a true success story of private education—because I now oppose it.

The thought I had on that autumnal afternoon was this: private education is no more than segregation by wealth. Merely grouping students of comfortable, well-connected, and intelligent families drive its success. In most cases, they have support from home, and learn the value of hard work from that safe base.

These students aren’t necessarily bright—if we assume that intelligence depends to a degree on genes—they merely exist in conditions that get the best out of them. The rise of the super-state schools in London proves this point well. Yes, the teaching was slightly better at my new school, but my secondary school was below the national average for GCSEs, and I did not notice a great improvement.

But the fees did go somewhere. The school was able to pay for guest speakers to come in, so that a group of largely uninterested students could be forced to sit through it and slip it into their personal statement. The school paid half the wages of each instrumental teacher, and funded an incredible amount of music events. This was part of an obvious attempt by top schools across the country to push extra curricular development given the substantial proof that musical activity boosts grades and discipline. Sport is key for driving performance and competition, particularly amongst maturing, testosterone-filled boys. The school could afford a large playing field on-site, a full size hockey pitch, several netball courts, a swimming pool, and extensive indoor facilities. At my old school we ran across town to a large field with a small Astroturf pitch and football goals.

As a side note, a recent article in the Mancunion by Joely Thomas discussed rugby and social class. In fact, when I went for my interview at the new school, I asked the headmaster if they had a football team. He replied with a stammered answer about some kind of adult’s team that was loosely connected to the school. As it turned out, football was on offer— in fact it was very popular—but rugby was pushed. An elitist attitude, even towards sport, still prevailed.

Another thing that most private school kids learn is how to socialize, essentially how to work hard and play hard. One key difference I was fascinated by when I moved was the attitudes towards recreational drugs. At my old school, they were associated with crime, dodgy areas of town, and students failing in school. The was none of this when I moved to private school: smoking a spliff or two over the weekend did not mean you would end up in a social group that would drag your academic performance down. This attitude can likewise be applied to regular socializing, drinking, and partying too.

All of this, of course, may be of great benefit when it comes to applying to a high-flying corporate job. I imagine a perfect candidate would have a driving sense of competition from sport, a large amount of social confidence, and the willingness to work long hours—for, sadly, they are often used to parents coming home from work late, or at weekends. Although there are many exceptions, of which many are my friends, I can distinctly remember a large group of students—however happy and successful they may be now— who were failed by their education in a way that manifests in their outlook on society.

Few have thought seriously about inequality. Few have socialised with people unlike themselves. Compared to their academic performance, few have truly developed useful critical skills that might allow them to see the wider reasons for their achievements.

However, in practical terms, the issue is very difficult to confront. The importance of education means that serious involvement by a government is considered too risky. There are also great difficulties in how the newly nationalised resources would be distributed and managed. Furthermore, evidence from top public schools in London shows how the housing market and catchment areas controls school applications. This may seem uncontrollable and benign, but it too serves to create segregation by wealth.

Perhaps simply—although evidently not simple—an effort to reduce social inequality is the only answer to this difficult dilemma education poses.