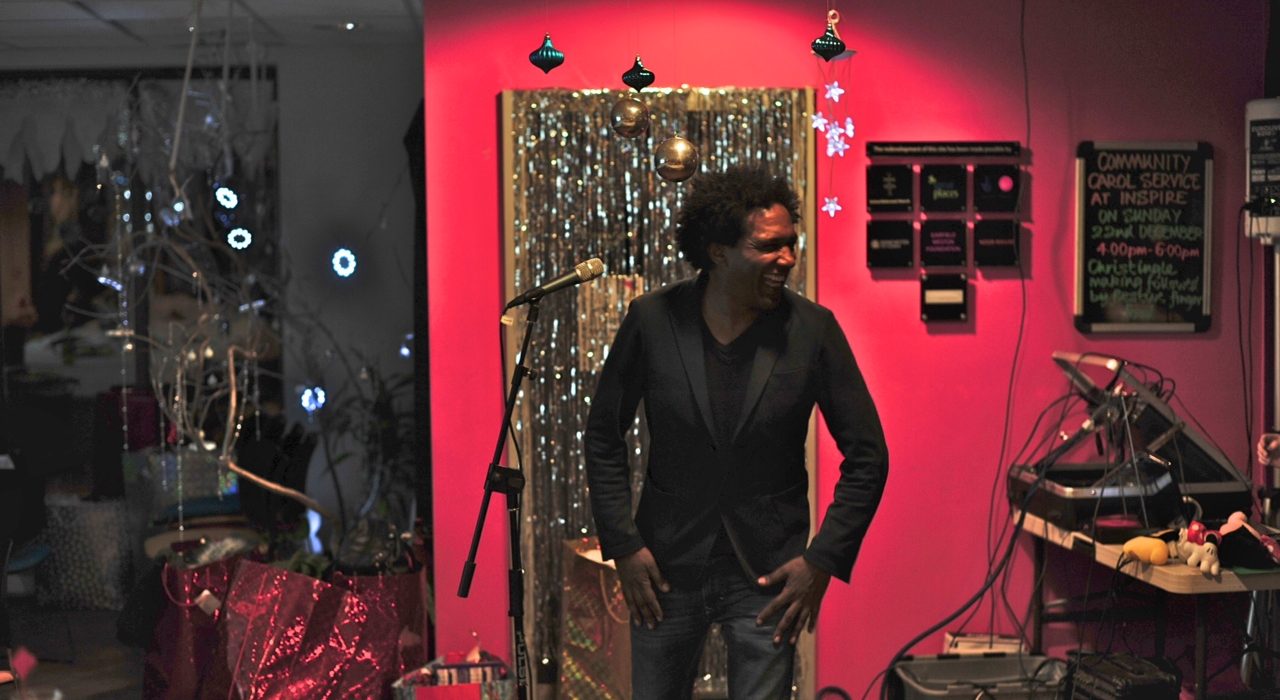 Lemn Sissay is hosting a Christmas dinner for young care leavers in Manchester for the third consecutive year—and needs donations to do so. Photo: The Christmas Dinner

Christmas is a time to be thankful for those around us, to gorge ourselves on delicious food and to give and receive wonderful presents. At least, that is what the majority of us have to look forward to this festive season.

It is difficult for the majority of us who are lucky enough to have such a Christmas that there are those in society—people with whom we interact on a regular basis—who do not experience any such enjoyment.

Young people who have left care are one such group. According to poet Lemn Sissay, the newly-installed Chancellor of the University of Manchester and himself a care leaver, big set-piece events like Christmas are the most difficult times for care leavers.

He has, in typically eloquent and emotive style, compared the Christmases of those in care, or who have just left it, as “like playing pass-the-parcel to the tune of Jingle Bells when everyone knows there’s nothing in the box.”

For care leavers, Sissay says: “Christmas Day can be the saddest, most distraught day of the year. I remember when I was in care, and when I left care, that Christmas Day was the worst day. So I get as much out of this as the people who come along.”

However, it does not need to be like that. In 2013, Sissay and a group of like-mined people began organising Christmas festivities specifically for those young people who have left care and will have no family or friends to celebrate Christmas with. They started in Manchester and Hackney, and have expanded to Leeds for 2015.

Members of the group give up their own time at Christmas to help put an end to such miserable Christmas experiences felt by young care leavers.

Now in its third year—and growing—Sissay’s collective is hosting Christmas dinner for over 150 care leavers aged between 16 and 30 in Manchester, Leeds, and Hackney—those who would otherwise be alone without family and friends to be a part of the festivities.

This Christmas, the young care leavers will be given a delicious, home-cooked Christmas meal, and bespoke gifts, bought with public donations.

Homemade Christmas dinners and bespoke gifts will be given out in Manchester, Leeds and Hackney this Christmas. Photo: The Christmas Dinner

Today, the group has volunteers from an incredibly broad cross-section of society: From paediatricians to teachers, surgeons to social workers—even unemployed people have given up their time to help host the dinners. Members of the cast of Coronation Street and EastEnders turned up to the Manchester and Hackney events last year.

Sissay is unequivocal about why he feels such an initiative needs to be undertaken: “So that no care leaver, on Christmas Day, is alone, on the streets, in a B&B, or in desperate need. I want us to start taking our responsibility as a community to look after them on that particular day.”

Facing Christmas alone is staggeringly tough, and part of what Sissay is doing is to provide respite from the hardship: “They need to have fun, they need to have a great, joyous experience, and wonderful presents.

“We want to say: ‘Put your feet up, relax, and let us treat you. Let’s make a memory, so that next year you have something really positive to look back on.’

“It’s not like a group therapy session though—it’s a laugh.”

This year’s festivities promise to be the biggest yet, and future growth seems assured. However, Sissay is adamant that this won’t become a national charity—with all the bureaucracy that would entail—but a grassroots movement of altruistic communities.

“I don’t want to go national and create a formula through a series of management committees and provide justifications to people: It has be born out of the grassroots, it has to be people in the community giving up their own time and giving something back.”

The University of Manchester has provided a (secret) location to host the Manchester event, whilst supermarket Booths, and Bailey’s Turkeys will be supplying the food.

However, Sissay and co. still require donations—and volunteers—in order to ensure that the everything runs smoothly on the day. At time of writing, £16,175 of their ambitious £30,000 target had been raised. It is critical that in the next three-and-a-bit-weeks this target is reached.

You can donate to, or volunteer with, the Christmas Dinner appeal at crowdfunder.co.uk/the-christmas-dinner-2015, and can keep up to date with developments on social media at #MCRCD2015.