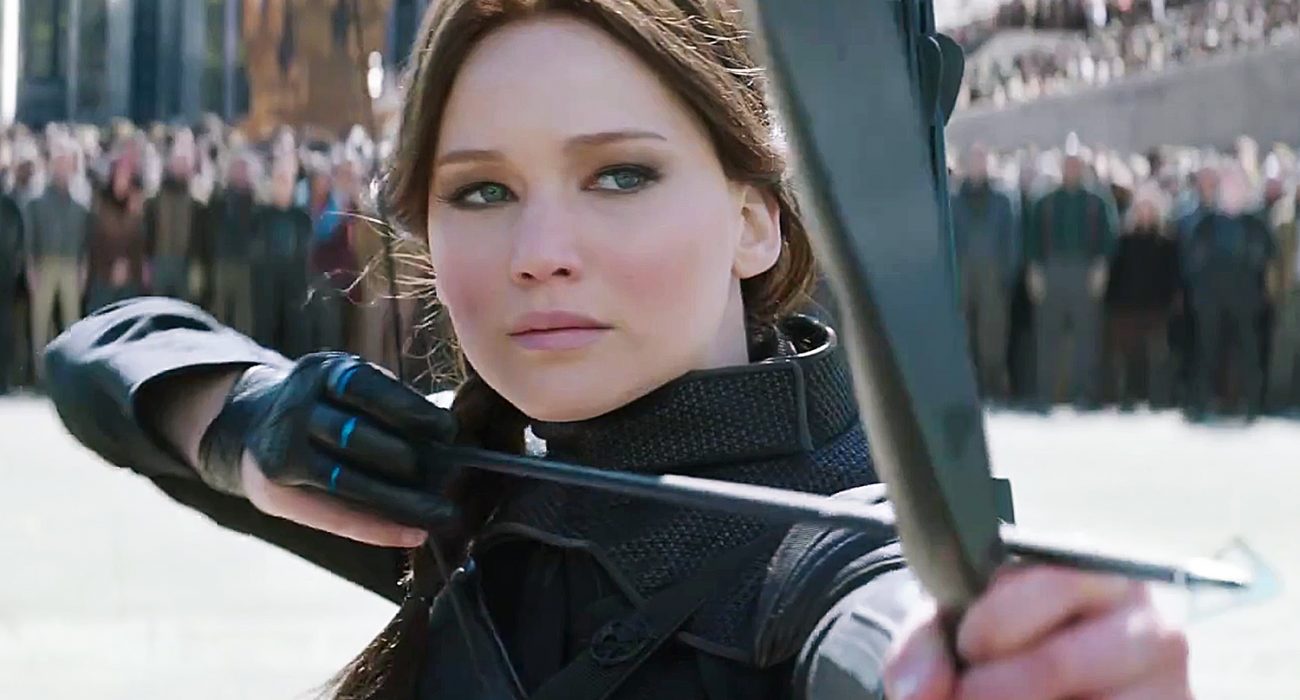 Jennifer Lawrence reprises her role as protagonist and hero Katniss Everdeen for the last time. We see all sorts of familiar faces in this last instalment, especially the late Philip Seymour Hoffman, who died in the middle of filming in early 2014.

A one-year wait is quite a long time to wait for the second half of a film that did not prove to have much happening plot-wise in the first place. In a way, I guess it built up anticipation for this one—especially for its loyal fans. Opening up straight from the first Mockingjay film, Katniss Everdeen, after healing from her shock-asphyxiation and almost being murdered by a “hijacked” Peeta (Josh Hutcherson), prepares to kill President Coriolanus Snow (Donald Sutherland) to end the war in Panem and restore peace in its post-apocalyptic land once and for all.

The Hunger Games: Mockingjay – Part 1 set up a lot for this film, meaning that as an audience, you won’t really understand much of the film unless you have seen the previous films, which puts a lot of expectation on an audience. This can be good for returning audiences or people already familiar with The Hunger Games, because it is saved from repeating itself in order to delineate backstory, but it leaves the other prospective viewers in the cold, not knowing who, what, why and where—I imagine, this because I felt this way with the Harry Potter franchise.

A lot of action occurs in this film. It has to. Gunshots, explosions and all sorts of war-like violence to the Capitol. A lot of familiar characters unfortunately die, leaving many of its associated characters in mourning—which in a way, is cathartic for some. But Katniss cheats death multiple times as the Mockingjay—the icon for its rebels, led by President Alma Coin (Julianne Moore), who wants to keep her safe and protected, because she proves to be a valuable asset in uniting the rebels in order to overthrow President Snow’s power in the Capitol, where most of the film’s violence (and death) is set.

The Hunger Games trilogy became known for its love triangle thing going on between Katniss, Gale (Liam Hemsworth) and Peeta—who still has not yet recovered from being brainwashed to kill Katniss because he was convinced that she was truly evil. This final instalment allows the audience the moment where Katniss finally chooses—which doesn’t really seem like a decision… since she was disappointed with one, and it had become clear since the first part of Mockingjay, how much she missed the old Peeta in the first place.

Part 2 is not the best of its trilogy. It was a continuation from the last one, tying up the loose ends that had left you hanging in Part 1. I feel like this is sadly another cash cow film from a franchise that didn’t have enough material to make more films. This final film is more of an action drama with a twist of really predictable pre-teen romance, that reminded me of Anne of Green Gables, where you followed a protagonist, saw her live out her whole life with the bumps on the road and the events leading up to who she chooses to eventually marry and have kids with, and what she does next—which isn’t a good thing. Katniss Everdeen finally gets a rest in this trilogy. Any other option next would probably be to buy the DVD, go on Netflix, or pick up the books with Suzanne Collins’s name on. But I feel that a lot of people might not do any of those anyway. Goodbye, The Hunger Games.