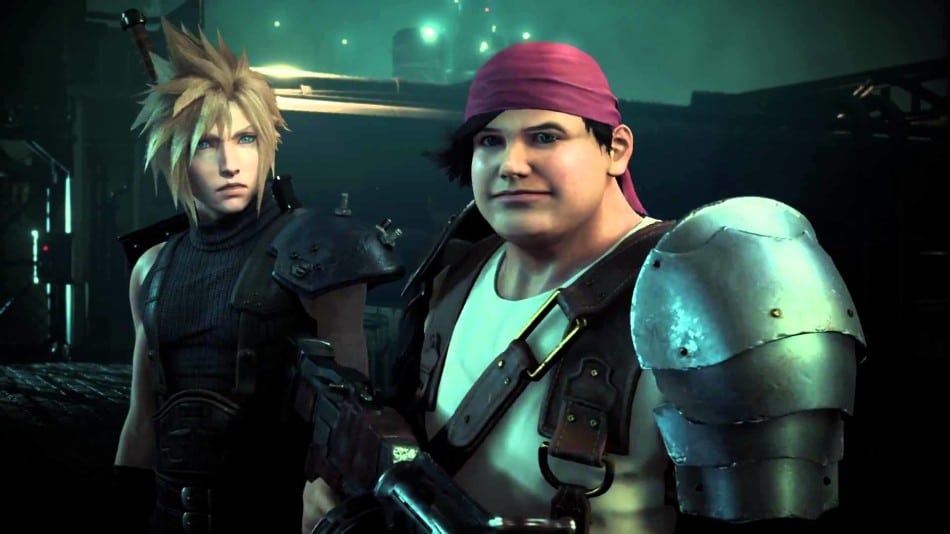 Square Enix has recently found itself back in the forefront of our minds and on the tongues of all gamers young and old, and there can only one real explanation why—the long awaited urban legend has finally become a reality—the Final Fantasy VII (FFVII) Remake is coming. After a rocky couple years of uncertainty, and what has been perceived as “money grabbing” tactics that seemed to place profit over quality, Square Enix may have finally made a breakthrough to shoot itself straight back onto our most beloved developers chart. There is, however, the argument that FFVII Remake is just another one on the list of games that will aim for profit at the sacrifice of gaming experience. Many have complained about Final Fantasy XIII unnecessarily being a trilogy set, and some have found the lightning and cloud resemblance too much to bear. Some have even called the extremely premature announcement of Kingdom Hearts 3 as an act of desperation while others are more concerned with the frequent changes being made to Final Fantasy XV. But with even with all these factors taken into account, Square Enix has always successfully secured a fanbase with gamers who are undeterred by such apparent issues; and it is safe to assume that the Final Fantasy VII Remake will most likely have similar results. However, some fans have already raised issues with the minimal content and information that we have had available to us thus so far. So, what do we know about FFVII Remake and what can we expect?

First thing’s first, some critics have seemed to confuse the concept of a remake with a remaster. FFVII Remake is what it says it is—a complete remake of the original game that was released on PlayStation in 1997. Whereas Final Fantasy X and X-2 underwent a graphics revamp to allow for a sharper, and more crystal clear gaming experience—as well as remastering the original soundtrack. The Final Fantasy VII Remake is offering an entirely new gameplay system and while some are absolutely ecstatic over the changes, others would have apparently preferred the original in a remastered version (I know, I don’t understand why either!). Critics of the remake do pose some interesting questions, however.

First and foremost, and I believe that I’ve probably started with the most pressing and important question: how will the battle system work? Final Fantasy VII was played with the traditional Active Time Battle system, however, recent games in the series have since adapted their battle systems by including their own unique features. For example, Final Fantasy XIII’s paradigm shift system. The trailers released recently would apparently show a similar system. We have Cloud actively engaged in battle at different moments of the game, however there are two points in the trailer where both Cloud and Barret are engaged—raising the question as to how exactly this is going to work out.

From the trailer alone, it seems that Barret is the character being controlled while Cloud is automatically attacking. Perhaps the gameplay will be similar to that of Kingdom Hearts, but instead we will be able to switch between characters. Or perhaps, the game will still be turn-based and the trailer is showing Barret’s turn whilst Cloud is busy carrying out the commands that he has been set. There is still much more to find out about the battle system. The trailer shows Cloud attacking in a way that is very similar to his Limit Break, and I would hope that it would be safe to assume that this will still be a feature as well as the use of Materia and, of course, Summons; as this can be seen from the battle menu commands: Magic and Summon. How these Summons will look, however, and that is always one of the big questions to be asked, remains unknown. But given the absolutely phenomenonal design of Final Fanatsy XV’s teaser, Summon and Ramuh, I am certain we can expect great things to come.

We also now know that FFVII Remake will be sold episodically which has drawn both praise and indeed, more criticism from fans. The episodic nature of the release may go a long way in reassuring fans that the game will be made and completed with as much detail as the original. However there are concerns over the potential costs of each release—whether they will be available for purchased separately or in bulk. Even so, in speaking about the overall plot of the remake, fans have commented on beloved scenes that will be brought back to life as their main highlight of the new release; scenes such as Red XIII, also known as Nanaki’s discovering of the truth of his hero father, Seto; walking around a bloodsoaked Shinra headquarter with “Bloody Trail” playing in the background; the iconic moments that capture Aerith’s death at the hands of Sephiroth; and, of course, the most famous scene of all—Cloud’s cross-dressing mission for Don Corneo!

The most pressing question to be asked about the plot, however, is this—it is known that the original Final Fanatsy VII was cut short during production and released without completion. The original concept for FFVII had included Zack’s story. Although this prequel to FFVII is already available under the title Crisis Core and is a complete account of the events that unfold from Zack’s beginnings, to the beginnings of FFVII. Fans are still asking: “Will Final Fantasy VII Remake complete its original concept and dedicate parts of the storyline to Zack?” It would go a long way in tying up the loose ends within the game—especially during Cloud’s mental breakdown as he discovers the truth about his memories, as well as his identity belonging to Zack. Though it may end up peeving the Cloud and Aerith fans if Zack and Aerith take centre-stage! I always preferred Cloud with Tifa myself anyway.

Whatever fate has planned for FFVII Remake and for the mental stability of all it’s fans who are losing their minds over it, we can expected to wait quite a while for its official release. The most recent updates have stated that Final Fantasy VII Remake will continue to be in development throughout 2016. Here’s hoping that 2017 will bring in some better news. Until then, DRINK YER GODDAMN TEA!