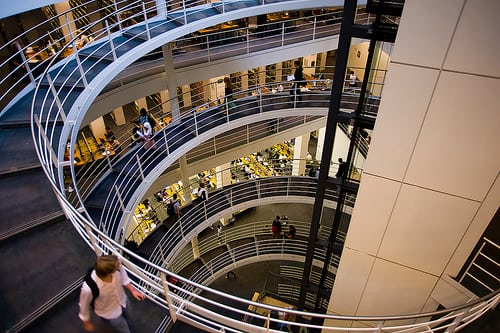 The founders of the society are confident in the support their society has received in light of the recent events at LSE Photo: Mulloom2 @ Wikimedia Commons

A third year law student at the London School of Economics (LSE), Maurice Banjeree Palmer, has filed a motion against the newly established LSE Free Speech Society – Speakeasy, claiming that its members are “ill-informed” and “self-important”.

This news follows the recent controversy surrounding the Free Speech University Rankings conducted by Spiked magazine, in which the LSE Students’ Union falls under red in the traffic light ranking system—meaning that the university “has banned and actively censored ideas on campus.” The article further reads that LSE’s Students’ Union “collectively create a hostile environment for free speech.”

The ranking draws on past examples of the Students’ Union censoring freedom of expression. Most recently, The Beaver, LSE’s Student newspaper, has had an edition of the paper banned by its Students’ Union. Furthermore, the Union have prohibited atheist students from wearing t-shirts depicting the prophet Muhammad, suspended the men’s rugby team over sexist and homophobic flyers, and banned The Sun and The Daily Star from its shops.

In a profile of the Free Speech Society, Speakeasy published in The London Evening Standard, an introduction to some of its members behind the establishment of the society. “Our society is emerging from this growing sense of censorship that seems to be a problem on loads of campuses in universities across the country,” says Charlie Parker, President of the newly founded society. In the article, the founders described their mission to create a space for students outside of the “safe bubble at LSE,” and criticised the safe space policy for being “counter-productive.” As a closing statement, Parker adds that: “We are opposed to any form of restriction that treats students as not capable of making up their own minds.”

Criticisms raised against Speakeasy were first outlined by Palmer in an article in LSE’s student newspaper, outlining his reasons for filing a motion against the society. In the article, he uses the example of the recently published piece in The London Evening Standard about the Free Speech Society – Speakeasy to argue that the founders are only looking for more publicity rather than opening up new channels of debate at the university.

He claims that there is a clear logic behind the safe space policy in Students’ Unions and that the society Speakeasy not only disrespects this policy, but also endorses “hate speech” on campus. Palmer states that “it would be hilarious if the anti-ban society was actually banned” adding that “instead of actually doing any debating, our three musketeers have decided to set up a society in the name of debate and get their faces in the papers.”

He has received harsh critique after the release of his article, with comments referring to him as “childish,” “illiberal,” and “ignorant.” Further comments claim that he holds a “personal resentment” against the newly created Speakeasy, adding that he is simply jealous of the publicity the founders of the society have received in the press.

In his statement to The Mancunion, Connor Naylor, one of the founders of the society, responds to the recent controversy triggered by Palmer’s article: “We have issues a statement and written numerous articles in the LSE student newspaper, The Beaver, explaining our position, our aims and intentions, which are to challenge a climate of self-censorship on campus, to respectfully oppose policies both in LSE and in the UK generally that we feel encroach on our fundamental right to express all opinions openly.”

Students at LSE have also expressed their concern about the banning of the Free Speech Society. Saloni Malhotra, a postgraduate at LSE studying International Relations, told The Mancunion: “Although I was surprised that the LSE ranked so badly in the free speech rankings, there is a clear trend of banning societies or criticising them when they express somewhat controversial opinions. A university should be a place where students can discuss controversial issues as well as non controversial ones. Banning the free speech society would be ridiculous.”

Naylor is confident in the future of his society and tells The Mancunion about upcoming plans. “At the moment we obviously have to fight the motion proposed to the Students’ Union to have us banned, but we also have our first official event entitled ‘Should Universities Be Safe Spaces’, a panel debate co-hosted with the Politics and Forum Society on the issue of universal safe-spacing.” Furthermore, Naylor is critical of the university’s response to the recent controversies stating that “official response has been scant, with the occasional tweet or comment being all that can be accounted for. The School, [LSE] as usual, has failed to comment on the issue.”

The motion against the society is set to be debated in an LSE Students’ Union general meeting in a few weeks time. Parker and Naylor have said that they will work hard to oppose the ban at the meeting, stating that: “Speakeasy is not just a bunch of White, privileged males out to cause offence for no reason.”