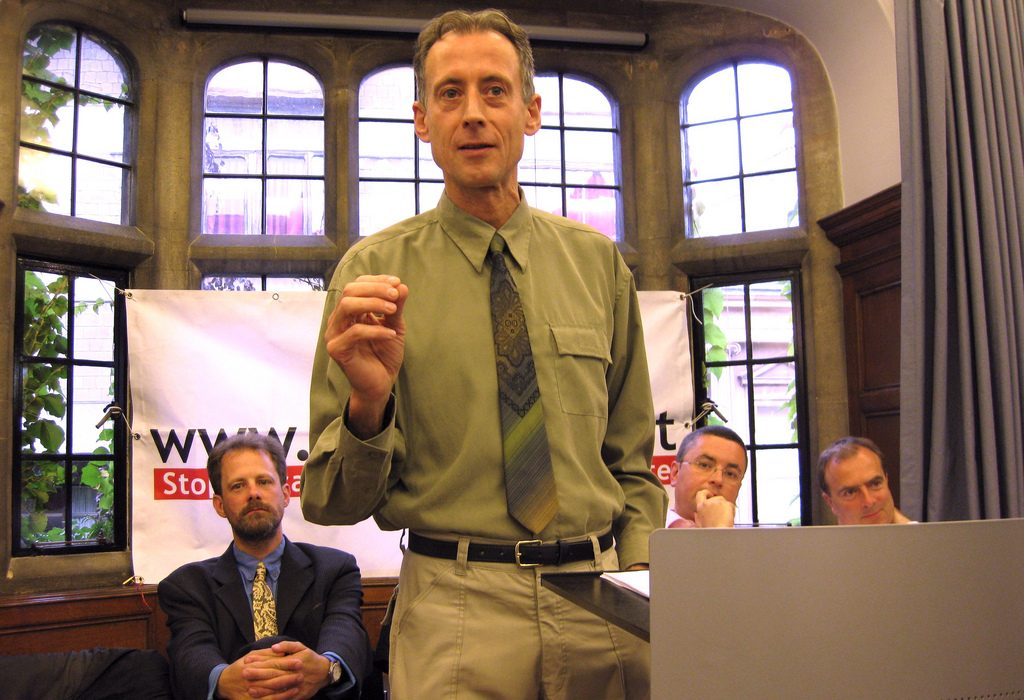 An open letter signed by more than 150 academics and campaigners has criticised LGBT* activist Peter Tatchell for the way he has conducted himself in recent weeks which has seen a media storm surrounding his supposed “no-platforming” by NUS (National Union of Students) LGBT Officer, Fran Cowling.

Cowling herself also published a 1,000 word blog on the NUS’s website defending herself and aiming to clarify that it is “not the case” that Tatchell has been “no-platformed” by either her or the NUS.

In her post, she explains that she had “declined an invitation to attend the ‘Re-Radicalising Queers’ event held at Canterbury Christ Church University” in a personal e-mail to the organiser, as well as the reasons she felt uncomfortable at the event at which he would be present.

“I did not seek to make my opinion of Peter public, nor have I claimed that my membership share my views, or shared the original emails between myself and the organiser with anyone else outside of NUS.

“Indeed, the only individuals I shared this belief with was the principal organiser of the event, who then shared my views with Peter. The decision to bring this situation into the public domain was never mine, it was that of Peter himself.”

She goes on to explain that her actions were not meant to be an attack on Tatchell but simply to separate her, quietly, from the event. “I was not prepared for my opinion to be shared so publicly, or for the media coverage that has ensued. I have been given unreasonable timelines, I have been lied about in that national press [sic], and have had every single aspect of my life under scrutiny ever since.”

She claims she received notification from The Observer that the e-mails were shared with them by Tatchell.

“I did not ask to be hounded via social media and be expected to explain my sexuality and gender identity to people I am not ready to talk to.”

The open letter, published on the website of sociologist and social theorist Alana Lentin, is titled ‘Open Letter on Peter Tatchell, Censorship, and Criticism’ and has been signed by 164 people at the time of writing.

In it, the signatories “strongly condemn the actions of Peter Tatchell in bullying, vilifying, and inciting a media furor against a student who criticized him in a private e-mail.

“The facts are these. Cowling was invited to attend the conference by the event organizer, another Canterbury Christchurch student. She declined. Her decision not to attend was informed by her belief that Peter Tatchell has engaged in problematic tactics and politics regarding Muslim, Black and trans communities, for which she provided evidence. Without permission, the other student forwarded this confidential email chain to Peter Tatchell.”

They call out the actions of the veteran campaigner, highlighting that his powerful position allowed him to call out Cowling in an extreme way, comparing it to the recent controversy surrounding Germaine Greer. “Greer can go to the Guardian; Tatchell can take his complaints to Newsnight. The risk that their voices will be ignored is nonexistent.”

A main point they make is that national media scandals surrounding accusations of “no-platforming” are an overblown tactic to demonise those who express any objection to a speaker, and are often not even true.

“Cowling has been smeared, bullied, trolled, and harassed in the national press and on social media. Tatchell has personally vilified her and encouraged others to do so, writing in the right-wing Telegraph that she posed a threat to ‘enlightenment values.’ Yet Tatchell was never censored. He spoke at the conference; he took his case to the Telegraph and Newsnight; he has not been ‘silenced.’”

However Tatchell, in a response published in LGBT* newspaper PinkNews, said that he “never said [he] was no-platformed and [he] defended Fran Cowling’s right to not share a platform.” He takes each point made in the open letter and offers his response as to why the accusations are not true.

“I have a right to defend myself against malicious, untrue accusations [of transphobia and racism]. I have done so courteously and truthfully, unlike many of my critics.”