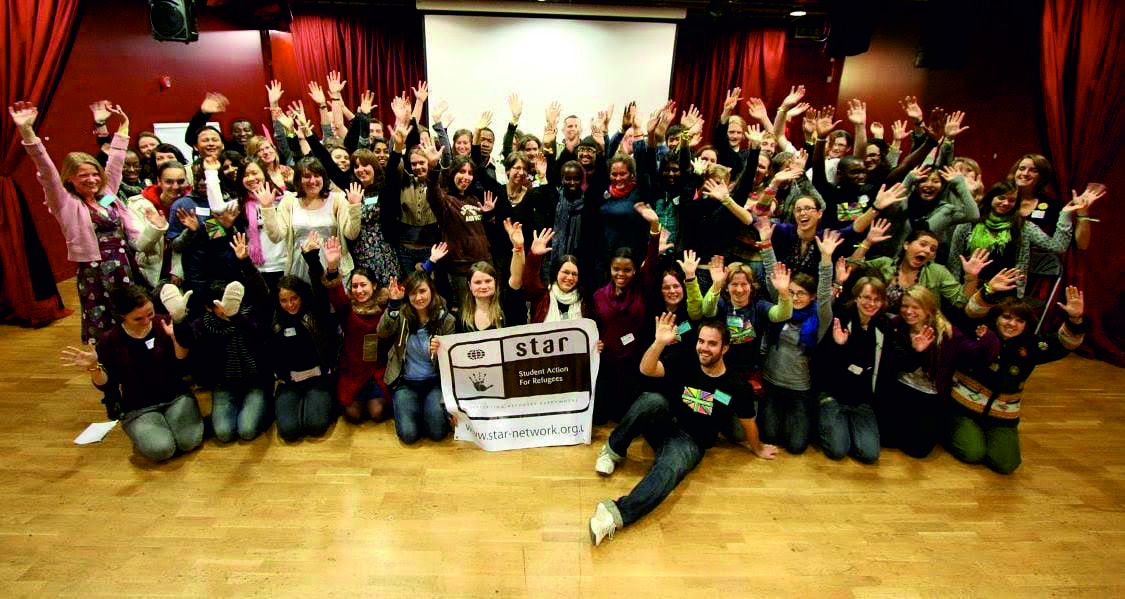 Statistics from the UN High Commissioner for Refugees (UNHCR) show that there are now over 19.5 million refugees worldwide, and almost 1 in every 4 refugees in the world is Syrian. Refugees to the UK have consistently come from Sudan, Pakistan, Iran, and Eritrea. Even though the ‘crisis’ has only recently become widely documented, it has always existed.

Nevertheless, 4.5 million Syrians are now refugees, and of these, only around 6,000 have been granted protection in the UK. It is almost impossible for refugees to get to Europe legally. Perhaps the most disturbing statistic is that last year 900,000 people sought safety in Europe and 3,772 people—and more than 1,000 children—drowned while trying to cross the Mediterranean.

The UNHCR claims that January 2016 has been the deadliest January so far for deaths in the Mediterranean. Worryingly, since the outpouring of support in the summer, public support for refugees has fallen dramatically—more than four in ten (44 per cent) Britons now believe that the UK should close its borders to refugees entirely. This shows that it is still imperative to raise awareness about asylum and why people are forced to leave their countries.

Student Action for Refugees (STAR) is a national organisation of around 18,000 students who welcome refugees and asylum seekers into the UK. Through STAR, students volunteer at local refugee projects, campaign to improve the lives of refugees, fundraise for campaigns, and raise awareness and educate people about refugees and asylum. STAR Action Week takes place from 29th February to 6th March 2016.

The point of an English Conversation Club is to create an informal, safe space for refugees and asylum seekers to practice English conversation and seek guidance on any work they might be doing at college, and to answer any queries they have about English ‘culture’ and language. The focus is not correcting grammar or filling out worksheets, but focusing on pronunciation and interactive teaching methods.

Alice Doherty, who has recently restarted the Boaz Conversation Club, said: “Working with Boaz is great, as you feel like you are part of a significant collective effort to improve the quality of life of asylum seekers in Manchester. We have regular volunteers paired up with regular learners, which creates an atmosphere of trust, and allows the learners to really take advantage of the sessions.”

The Stockport Conversation Club takes place every Saturday and is partnered with Tiviot Dale Church in Stockport, who run a general drop-in day for asylum-seekers in Manchester on Saturdays. Here, they provide free clothes, a free lunch, and a free bag of food. It’s also a great way of meeting other people in similar situations, extremely family-orientated with spaces for children to play, and a great way to create a network and community for vulnerable people who are too often isolated and alienated in the UK.

One of the most rewarding aspects of taking part in a project like Stockport Conversation Club is seeing the improvement of low-level learners. There is a 65 year-old grandfather, Assad, who comes to the club and teaching him how to say his address, introduce himself, and say the days of the week is one of my fondest memories of the club so far. He visibly improves every week.

Splitting the learners up into groups is also really important, so that high-level learners are challenged and low-level learners don’t feel embarrassed to speak English. Projects like the Boaz and Stockport make a visible, worthwhile difference in the lives of Manchester-based refugees and asylum seekers.

Jayne Silva, who is an English teaching specialist and works closely with STAR and with both Manchester groups, describes how “volunteers gain an insight into the reality of life as a refugee or asylum seeker in the UK” and that “the more young people can develop this awareness and share it among their peers, the less ignorance and victimisation there will be towards vulnerable people.”

Although I have talked mainly about STAR in Manchester, it’s impossible to say that STAR’s influence is limited to university campuses. For example, last year STAR worked with the BBC to produce six podcasts with stories of refugees living in Manchester, and their friends in the local community. These were broadcast every day for a week on BBC Radio Manchester, after which there was an interactive audience debate, ‘Does the UK have a moral duty to welcome refugees?’

Two stories were broadcast in greater depth on BBC Radio 4 Woman’s Hour, and three local radio stations broadcast the stories and featured live guests or additional material. As a result millions of people were reached with information regarding real life refugee stories and the communities which welcomed them. This created the opportunity to inform listeners about the reasons people seek safety and what they can do to make people feel welcome in the UK.

STAR operates on a small budget and some if its partners, including the Refugee Council, have suffered under the government’s cuts to charities so there will be fundraising opportunities too.

On the 12th of March the University of Manchester are organising subsidised travel to Yarl’s Wood, where a demonstration will take place to organised by Movement for Justice. Yarl’s Wood is an immigration removal detention centre for people who may be deported but, while they’re in the UK, they are treated awfully. You can sign up here.

On the 19th of March there is a Stand Up To Racism demonstration in London to stand up for refugees rights and urge the UK government to do more to ensure the safety of refugees on their journey to the UK and when they get here. Student Action are organising subsidised coaches to London if you would like to take part.

It is really important that we don’t dismiss the ‘refugee crisis’ as a current affairs sensation whose days are past. The lives of thousands of men, women and children hang in the balance.

To find out more about STAR and their work you can visit their Facebook or Twitter pages.