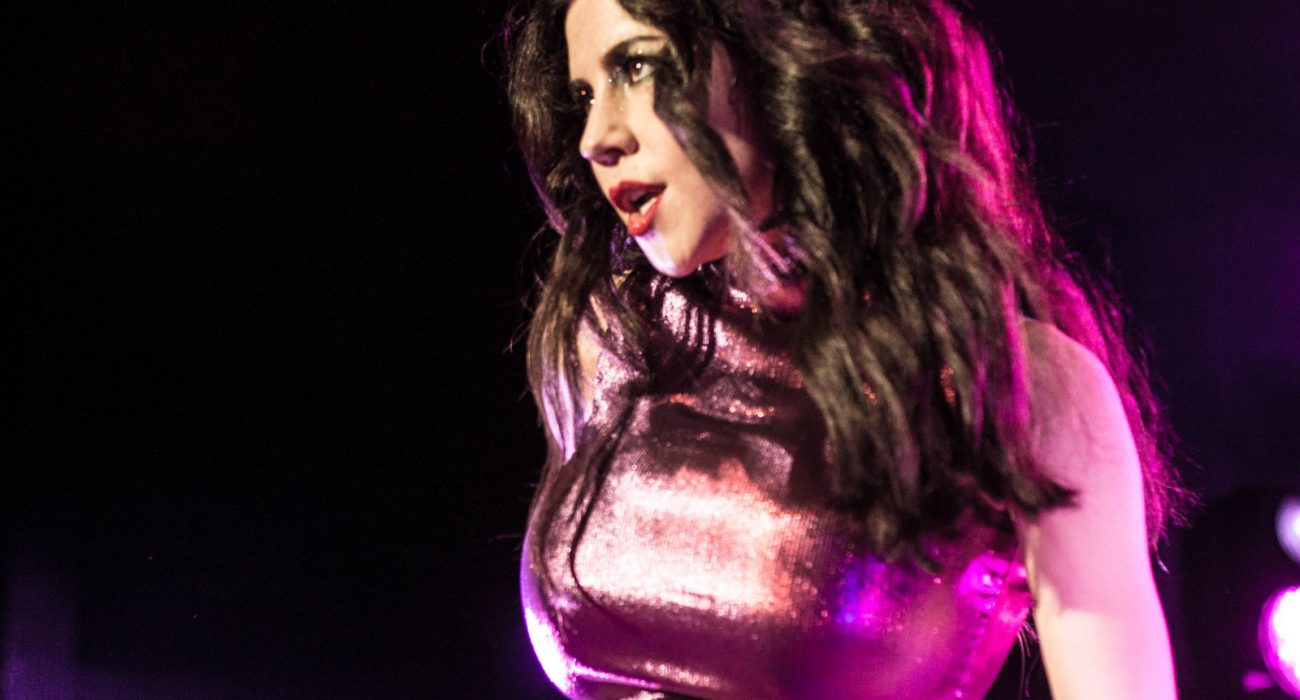 Live: Marina and the Diamonds

On Thursday night Marina Diamandis, better known by her stage name Marina and the Diamonds, brought her Neon Nature tour to Manchester, providing punchy pop old and new in a colourful sensory delights that very much lived up to the tour’s name. Performing songs from her albums chronologically with an act (complete with a different shiny seventies inspired catsuit for each) dedicated to each ‘era’.

Diamandis performed in front of large screens emblazoned with a mixture of emojis, pop art images and the geometric colourful shapes that have dominated the campaign for her latest album ‘Froot’. Her irresistible stage presence was asserted as she traversed the Academy stage and the seeming lack of any real choreography was made up for by lots of camp over the top gestures and endearing crowd interaction.

Throughout the show the real jewel in the crown of the show was her undeniable vocal prowess that ad-libbed and coo’d in all the right places, and held its own on both the more upbeat electro-pop numbers, and when she opted for the piano as with the song ‘Obsessions’ (that she informs us “got her signed”). The crowd’s energy reached its definitive peak towards the end of the second act with the performance of Electra Heart cut ‘Lies’ whose dubstep inspired production packing a powerful punch in a live setting, complete with an energetic strobe that only added to the excitement the performance of the song generated.

Unfortunately, all of this built up energy was lost with her movement into the third act with songs from her lowest charting third album. Mid-tempo songs such as ‘Savages’, ‘Can’t Pin Me Down’ and ‘Solitaire’ led to an undeniable lull in mood that was only saved by her unexpected and touching version of the Cyndi Lauper classic ‘True Colors’ that managed to provide a new take on an already much covered classic.

The stunning Welsh-Greek starlet ended the show perfectly with the bouncy pop sounds of album highlight ‘Blue’ – wrapping up a show that, although slightly slumping with the inclusion of some of her more languid recent material, contained enough to provide a feast for the eyes and ears that would leave any self-respecting pop fan more than satisfied.