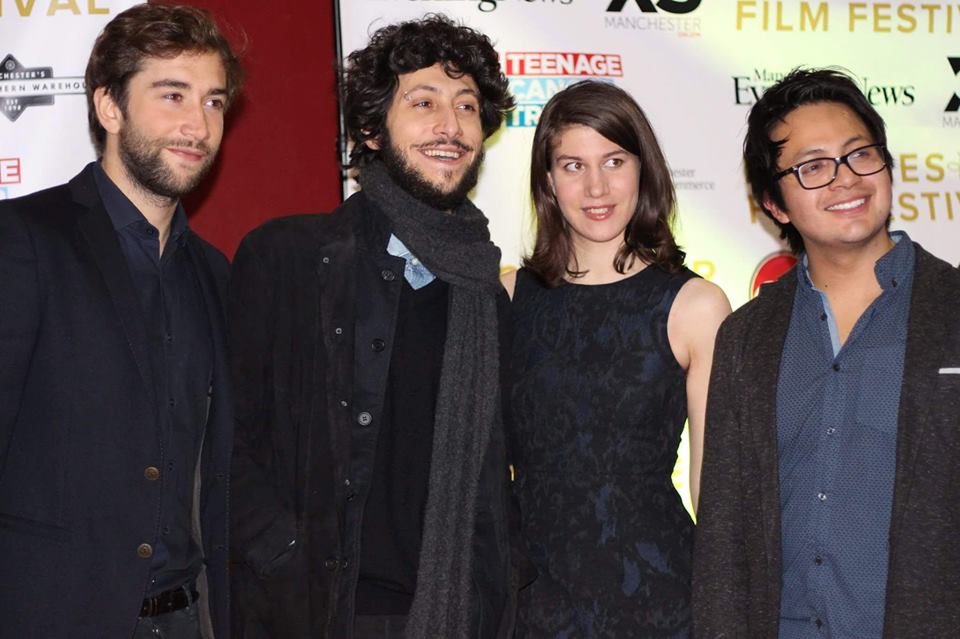 Pretending to be famous on the red carpet. Photo: Alice Holloway

After receiving my press pass and having made acquaintance with two film directors from New York and Sydney on my way, I found out that I only had one hour left to get ready for a Gala night at Cloud 23 at the Hilton Hotel. Since I just came from the university, I had my most comfortable clothes on and was as bare-faced as could be. I realised that going home to change was not an option and decided to buy a whole new outfit and to put some glamourous makeup on within that hour.

Surprisingly, I succeeded and managed to spend less than £35 on the whole outfit (thanks to sales at Primark and H&M) and apparently looked presentable in the end—a skill that clearly should be added to my resumé. After meeting up with a film contributor, we were escorted upstairs to the high echelons of Manchester society. After shuffling around intimidated by the vast amount of well-dressed and important people, awkwardly clinging onto our champagne glasses, we started a conversation with two guests who looked somewhat approachable.

As it turned out, they were directors from Italy and one of them—Giuseppe Oliverio—directed the short documentary A Conscious Dream which featured at the festival. He had also been at the Academy Awards Ceremony the weekend before—which must have made the Manchester Film Festival experience a tad underwhelming. We then went over to the red carpet into the AMC which was a very surreal experience, and the camera flashes made my eyes hurt. I don’t want to imagine how strained the eyes must be of actors at big award ceremonies.

Dennis Violett—A United Man premiered on that day and it was a very informative documentary. Though it was not my cup of tea since I am not much of a football fan. The short film selection shown before the documentary on the other hand, was captivating. Break and Strange Weather were especially well-received and starred big names such as Sir John Hurt and Maxine Peake. These short films were moving and featured breathtaking scenes set in beautiful locations. The buzzing evening ended with a Q&A session with the directors.

The rest of the festival was not as glamourous but still as enjoyable. I made acquaintance with incredibly inspiring people who have worked hard to showcase their talents and network with people at this weekend. Some of the nominees complained that some things did not go as smoothly during the projection of the films and there had been some uncertainties about accommodation arrangements. A lot of the films were not very well visited and the Q & A sessions turned out to be a bit meagre, too.

Overall, the festival was highly enjoyable and brought culture into this very scientifically minded city. Films from all over the world inspired like-minded people with the aim to enjoy and discuss documentaries, shorts and feature films. Since the film festival is not as established, there is a lot of room for development but it was still an unforgettable experience which proved once again that Manchester is a city of substance instead of mindless superficiality.