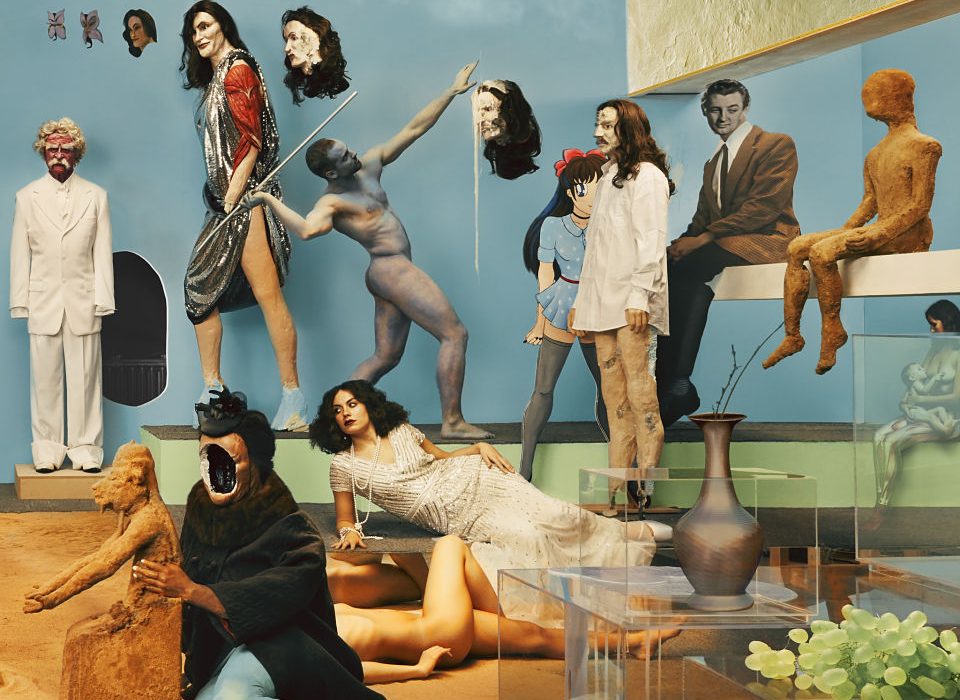 Yeasayer are a frustrating bunch. Of all the experimental Brooklyn alt bands that emerged during the noughties, they’ve rather unfairly become shorthand for a certain type of Pitchfork band. Around the time that TV On the Radio and Dirty Projectors discovered more critical acclaim and more fans—having brilliantly located the sweet spot between daring, mind-frazzling experimentation and accessibility without compromising their sound—Yeasayer sat out any chances of greater appeal, bar 2010’s hugely enjoyable Odd Blood. That’s fair enough: Liars aren’t likely to release a sugary assortment of chart-topping hits, but they definitely have more fans. You might wonder why Yeasayer aren’t as popular as their peers; their albums have been pretty good, yet consistency isn’t a strong point of theirs: 2012’s Fragrant World, if well-produced, was particularly patchy.

Amen & Goodbye, the band’s fourth, answers why Yeasayer lack a large following. There’s just too much going on, particularly on ‘Dead Sea Scrolls’: it doesn’t know if it wants to be clever art rock, steeped in staccato horns, or agitated psych-pop. ‘Gerson’s Whistle’, like the beatless ‘Prophecy Gun’, lacks something to anchor it. Nevertheless, it is certainly interesting and genuinely inventive, filled with fabulously pretty arrangements, not least the faintly overwhelming chorus of massed voices and plinking piano—though you won’t remember it in any hurry. You’re not sure what overall effect it is after; there’s just no cohesion.

‘Half Asleep’ strolls in on a cloud of subdued funk and eastern influences: sumptuous, yes, but memorable? Hardly. Once again, confusion stands in for cohesion. Still, the jerky off-kilter synthpop of ‘Silly Me’ sparkles. The riffs and vocal hooks hit their marks, the serpentine melody, furnished with muted brass, is zany as it is tuneful. Likewise, ‘I Am Chemistry’ just works. As ever, Yeasayer’s stubbornly nonconformist pop spasms are in spectacular abundance—listen as it shifts from shapeless, churning worldbeat to grinding electropop to baroque balladry—but never serve as annoying distractions. There’s no discernible chorus, yet the bustling sea of sounds and styles is winning. Meanwhile, the canned applause on ‘Child Prodigy’ is self-regarding and pompous.

All is not lost however. ‘Cold Night’ is bright, incandescent pop; it succeeds where other tracks fail by virtue of it stripping away the excess and ploughing a superb, unfussy melody. Unfortunately, nothing here grabs you by the scruff of the neck and demands your attention quite like fellow experimentalists Gang Gang Dance’s glorious Eye Contact. Great psychedelia leads you through a door and into a world of colourful, mind-expanding possibilities. Yeasayer are too busy trying to sell you the house before they even let you in.