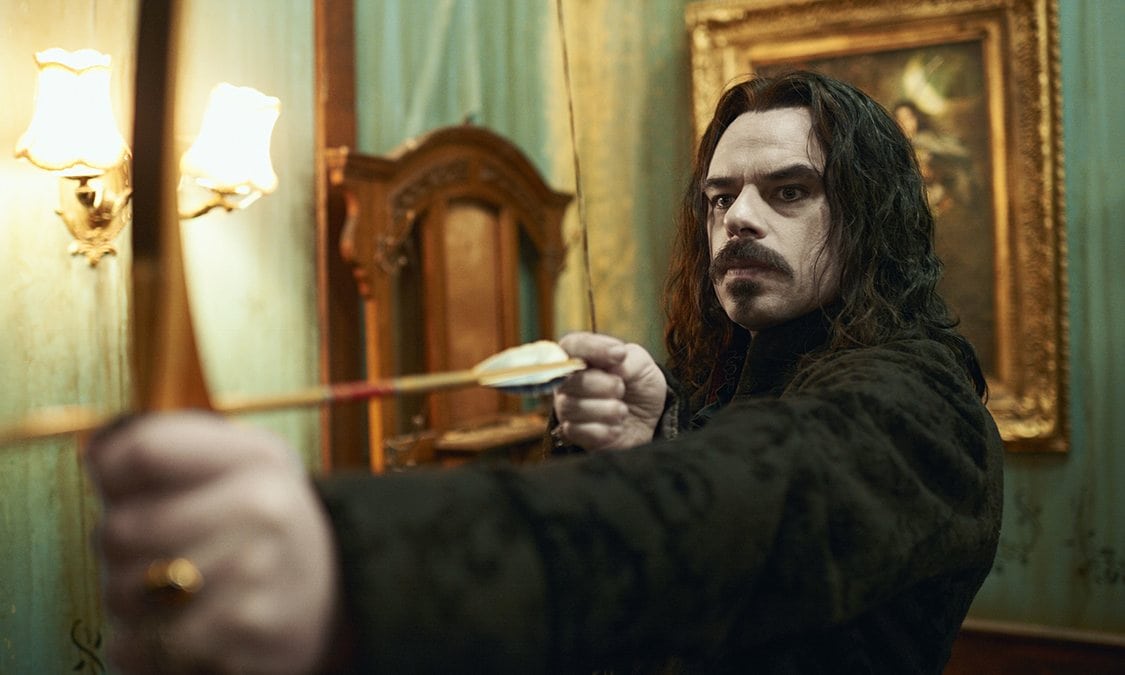 Review: What We Do in the Shadows

Directors Taiki Waititi and Flight of the Conchords alum Jemaine Clement continue to rejuvenate the New Zealand film scene with this comedy-horror collaboration that tells the tale of four vampires living in a shared house in Wellington, New Zealand as they prepare for the annual  “Unholy Masquerade”.

The genius of this mockumentary is how the absurdity and complete illogicality of the situation is still so relatable to most people. Living in a shared house where not everyone gets along is something most people will have encountered at some stage of their lives. It just so happens that these housemates are up to 8,000 years old and consume human flesh.

The three vampires Viago, Deacon and Vladislav (real life friends Waititi, Jonathan Brugh and Clement) have tremendous chemistry together as their distinct personalities bounce off and compliment each other very well. The fourth, Petyr (Ben Fransham) a Count Orlok lookalike who is the eldest and creepiest of the house, adds a wildcard element of unexpectedness to the story that produces some of the most laugh out loud moments of the film. A cameo from Rhys Darby as the leader of a gang of rival werewolves (“not swearwolves”) only enhances the film. It leads to some of the most hilarious improvised back-and-forths that I have seen from a modern comedy in a while, even adding a layer of nostalgia for Conchords fans longing for that reunion. The film also manages to live up to the horror element of this genre mix, something that is often forgotten. This is probably most vivid when the vampires feast upon the innocent folk of Wellington’s mundane nightlife scene, the detail in which it is shown both comedic and gruesome with burst arteries galore.

What really impresses with this film is Waititi and Clement’s blending of British and American humour in what can best be described as The Office meets The Munsters. The dry whit of all characters (human or otherwise) is highly reminiscent of the Merchant-Gervais rapport and even the subtlest layer of satire has the potential to leave you gasping for air. The Americanised over the top physical humour is also effective and taken to the upmost extreme, with housemates literally flying across the room at one another over who will wash the dishes, or a fleshed out bat fight across Wellington between the vampires.

The only real criticism of this film is that it may have worked better as a 30-minute sitcom pilot. This is purely from a selfish standpoint though — I was craving more and felt like there was so much more they could have told. It is testament to the power of Waititi and Clement’s storytelling that I could’ve happily binge-watched 100 episodes of these delightfully dark and diverse creatures.

Overall, “Shadows” still has more than enough compelling content to keep any comedy fan laughing for the majority of the 85-minute run time and can certainly cement itself as a cult favourite for years to come, if not a standout comedy. 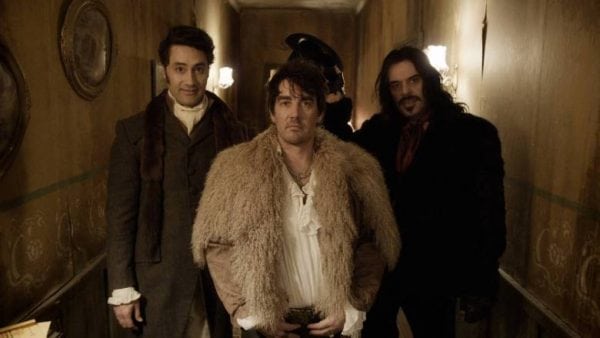 Tags: Jemaine Clement, New Zealand, Taiki Waititi, What we do in the shadows