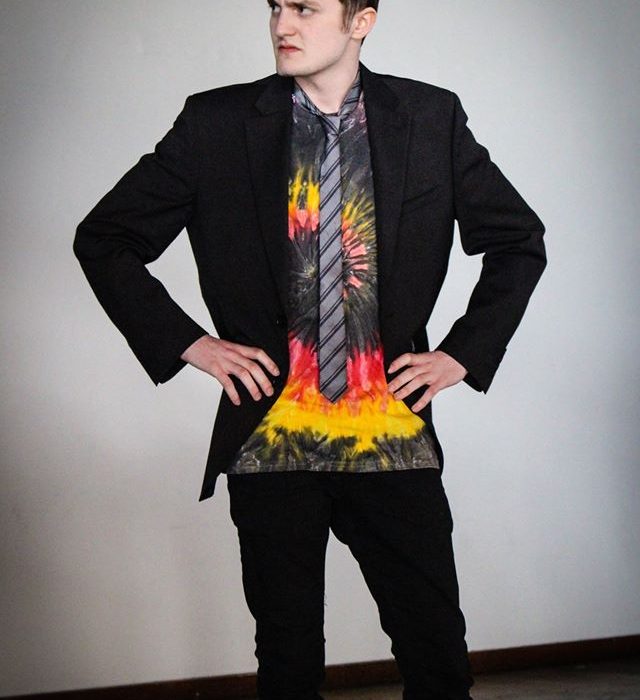 A student life: the prince of Panto Society

Meet Bradley Pascall, the larger-than-life postgrad managing to find time, alongside his studies, to be Social Secretary of The University of Manchester’s very own Panto Society, after a four-year long membership.

As I arrive at the Students’ Union’s unassuming top floor of society spaces on a bitter cold Thursday afternoon, I was met by the warming sounds of a revised pantomime rendition of Pink’s Get the Party Started. “A big thing we value as a society is how informal and relaxed it is. I know some acting societies tend to take themselves seriously — we actively try and not take ourselves seriously and we try and put that forward on stage as well”.

But what seems an eccentric series of events for me constitutes an average mid-week rehearsal for Bradley. “I don’t think panto is the kind of society that attracts big egos very much. In order to really enjoy it you’ve got to be able to laugh at yourself. We’ve got a lot of drama students who just love doing it because of how different and more relaxed it is – we do try and make it as comfortable as we can.”

The crew are rehearsing for their upcoming show of Beauty and the Beast. “At the moment we’re making sure the cast of 22 get to know each other. The first few rehearsals are always quite informal while everybody is still getting used to the style of the show”.

Though panto is certainly one of the more niche societies Manchester has to offer, Bradley explains how the group tailor the entertainment to suit its university audience. “It’s your classic pantomime, with audience interaction, but obviously students’ heckling tends to be a lot rowdier so we actually invite it — we want it to be a student panto, that’s like our unique flavour.”

When asked how he first found a passion for the art, Bradley said: “I wasn’t really comfortable with doing anything other than Shakespeare before but I put my name down for about fifteen societies, as you do in first year, and panto was just one of the ones I went with because they made me feel so welcome — and I’ve come back every year since”.

But juggling studies with a further involvement in four more societies (Quidditch club, E-Sports, Gaming, and Comedy) cannot be an easy routine to uphold. “It is quite difficult to keep on a lot of stuff but I enjoy doing everything so it’s nothing.”

Having said that, ‘oh no it isn’t!’ all dance and drama for the members of Panto Society, who are famously good at enjoying the social side to this setting too. “Our spiritual home is Poptastic at AXM Club and our panto dame now works there so he invites us down. There was a group of fifteen of us last week, it was great, we just partied together and got free shots. We’re having a karaoke social next week — you should come!”

They proved their successes back in 2013 when they won the award for Best Arts & Media Society. I asked Bradley if the group is working towards any similar titles this year. “We’re hoping that with Mean Girls the Panto coming up we can give it another go.” On enquiring as to where all the funding for the society comes from and goes to, he said: “We never straight up ask people for money to fund our shows and it’s free to join the society. We usually hold fundraiser events, of which a small percentage goes to essentials, like paint for backdrops, but everything else we make on the door goes to R.A.G (Manchester Raise and Give).”

Where from: Telford, Shropshire

Worst part: “Getting really drunk on a social the day before a weekend rehearsal and having a really awful excuse for turning up late.”

Best part: “The feeling of togetherness and that sense of solidarity, especially when we all have the big hug before the final show — and then obviously the after party is cool as well.”

Where do they see themselves in 15 years: “On stage.”

How to get involved: “Give us a like at our Facebook page, UOMPanto, or follow us on Twitter @uompanto, where we post updates on our fundraising events and let you know when we have auditions. But, honestly, even if you miss them and are still up for a little role, contact one of the committee members: there are always loads of chorus parts!”