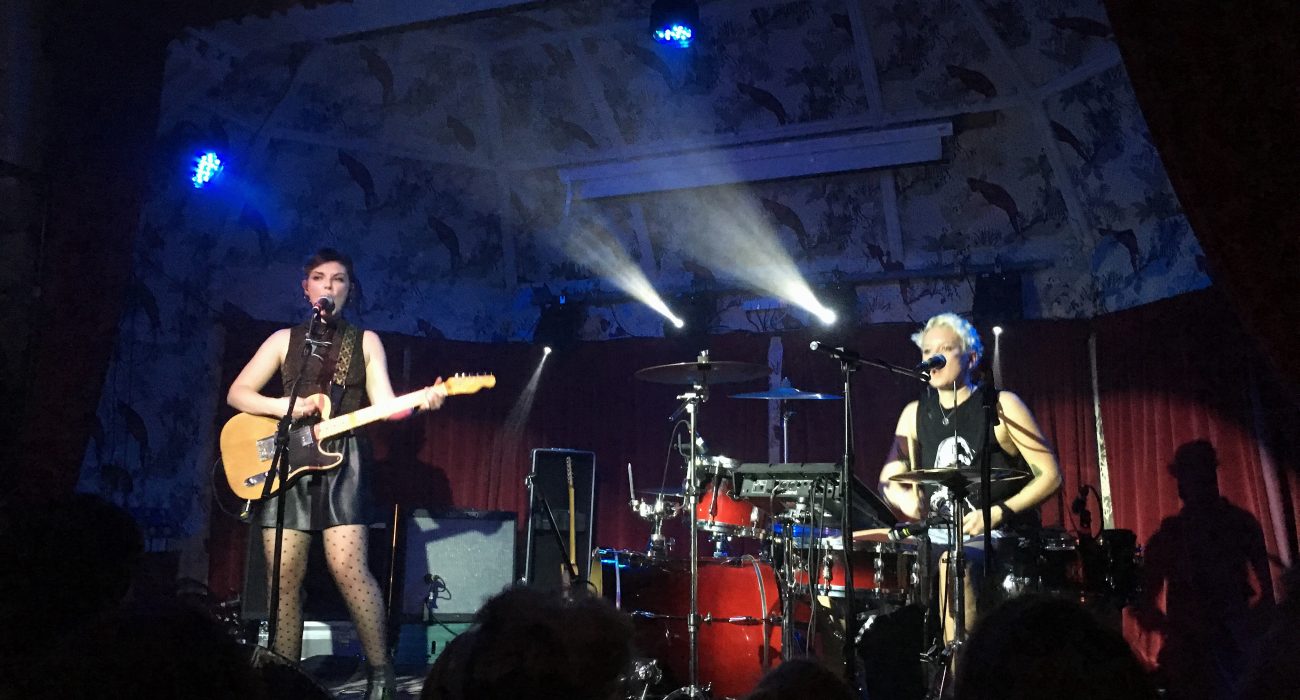 Honeyblood’s sold out show was the penultimate of a tour showcasing new album Babes Never Die, first album to feature drummer Cat Murphy. For those not knowing what to expect, the Scottish duo threw them straight into the deep end with the fast paced and feisty, ‘Ready for the Magic’, the first single off the new album. From here, the foundations for a lively and exciting show had been laid.

The intimate venue was perfectly matched to their modest set and emphasised how refreshingly simple the duo’s arrangement is — a guitar and drum kit is all this band needs.  Whist the pair have gained a following over the last few years, they are still far from established which laces their performance with a sense of gratitude. In every song, you could see how thankful they were that the audience had taken time to come and see them. This was especially clear when singer Stina Tweeddale stopped during the chorus of ‘Cruel’, joking afterwards that the songs were so new “it’s nice when you remind us”.

The room filled with the familiar ‘girl power’ attitude heard throughout the albums. It was hard to resist the empowering chorus of ‘Super Rat’ as the crowd found themselves shouting along “I will hate you forever.” Title track ‘Babes Never Die’ gained the biggest welcome and even prompted a mosh pit in the small crowd. If the speedy guitar riffs and heavy drum beats had not already got people moving, these songs definitely did the trick.

Ending the show on energetic ‘Killer Bangs’, Honeyblood left no doubt that they are ones to watch in indie rock. From planned tracks to a spontaneous song about merch girl Hazel, the talent of the band shone through with a charisma you know will lead them to success. It felt special to see Honeyblood in this small venue as it won’t be long before they are onto bigger and better things.