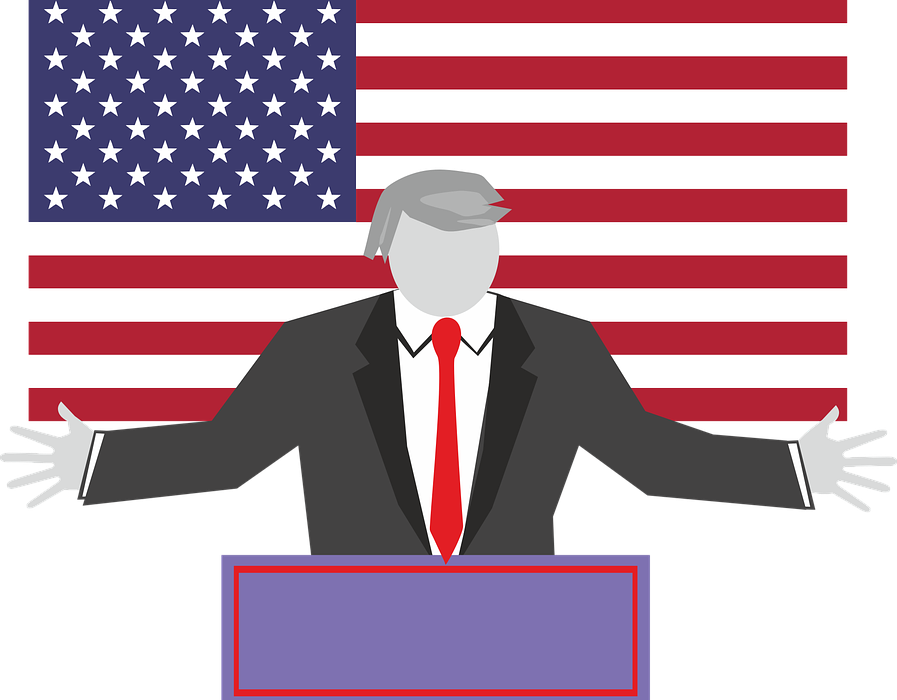 The inherent instability of Donald Trump’s administration will end in one of two ways. Either, a) the President with be arrested or impeached, or b) the United States will declare war against a weaker, and predominantly Muslim, nation, under the pretext of security. Soon, it will not be enough for President Trump to enact security at home, and so he will take measures abroad. As well as security issues, such actions will also serve to cover for his apparent lack of ability to lead a nation of any size, let alone the U.S. This lack of political ability is well demonstrated by the recent resignation of Michael Flynn from the administration.

This turbulence, though, serves a purpose; it is part of a observable pattern within authoritarian political movements, which can be summarised as follows: Step one: identify a grievance unique to a particular group in society (the target base). Step two: reinforce and exaggerate the extent of the grievance. Step three: scapegoat a group as the supposed cause of national problems. Step four: conditioning the base target group to associate a problem with the scapegoat.

Step five: promise solutions to solve the problem, and punish those causing it. Step six: pass the solution onto the target base, stating that they must share the weight of the burden such as sacrificing liberty for security. Step seven: continually state that the problem is not yet solved and more must be done. Step eight: take steps to (further) militarise aspects of the culture and society. Step nine: portray those who are not a part of the base as traitors to the cause. Step 10: declare war against internal and/or external enemies.

Whilst all of these processes are carried out, there are also attempts to silence dissenters, and a gradual but overt elevation of the candidate to increasingly high levels of status to the point that a cult of personality begins to form. In addition, there is also the constant use of emotion over reason as a tool of persuasion, typically coupled with a growing language of struggle and violence. Those who critique the movement are referred to as weak or infantile to reinforce the beliefs of the base.

In every populist, nationalistic, and authoritarian movement these steps are followed. The exact order may vary, as this is dependent on the nature of the movement itself and its context. Nevertheless, it is clear that many of the tactics utilised by Donald Trump and his puppet masters, as well as the various other demagogues across the world, follow such a pattern.

Within the British media, too, there are people responsible for recent tides of populism. Propagandists in multiple outlets have frequently scapegoated immigrants as the causes of all problems in society, whilst reinforcing irrational attachments to dogmatic nationalism and identity. In fact, it is more accurate to say that they are beneficiaries of it. Increasing nationalist sentiments results in increased profits for outlets peddling it as a product.

If this current period of Western politics results in a declaration of war by a strong country against a weaker one, people must recognise what is unfolding before them, regardless of the morality of the weaker power. Whilst terrorist organisations such as so-called ISIS must be defeated, it is likely that the major powers involved in the conflict will find ways to prolong it. Either the focus will move to another group, or there will never be a decisive victory, and so some form of conflict against an ever-present threat will continue. If Vladimir Putin is allowed to acquire even greater power in Syria, under the guise of being an ally in the fight against ISIS, victory will never be achieved by the democratic and liberal world.

Freedom by its very definition entails a degree of insecurity. But with it comes potential and power to choose how we live. Life might feel safe within a cage, but this is not really any sort of life. Plans are underway to surround the Eiffel Tower in a blast and bulletproof wall. Whilst such a construction might defend the tower from attacks, it furthers that sense of required security — of total safety over freedom and risk.

Whenever a cog in the propaganda machine starts to call for support of a dear and all-powerful leader, they do so to control the ideas of the audience. Those who disagree, even if they are demonstrably right in what they are saying, are silenced. All the while, the believers feel safe in their echo chamber of group-think. This is already the case in Britain and the United States, wherein both the left and the right wings attempt to pressure the centrists to conformity in one way or another.

Collectivism inevitably leads to conformity, which in turn suppresses rational thought, then unstable and vicious political movements. And so the cycle goes. Those wishing to oppose all of this need to realise that it is not inevitable. All of this can be prevented if centrists, united, speak out in a louder voice, and take action more visibly than at present.

Only when there is no opposition can demagogues succeed. This is no time for apathy.