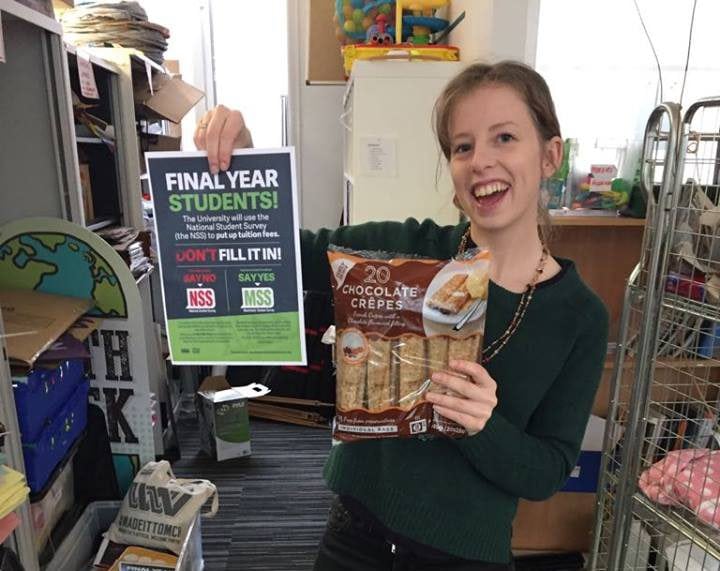 A week ago today, the hotly anticipated National Student Survey (NSS)results were published, but the University of Manchester (UoM) was missing from its rankings.

Other Russell Group universities were also left out of the rankings, including Bristol, Oxford and Cambridge.

The Univeristy of Manchester’s absence has been attributed to the #Dontfillitin campaign fronted by Emma Atkins, the Education Officer for UoM’s Students’ Union.

Following this campaign, less than 50% of students filled in the survey, which led to its reopening in May. This, in turn, led to many students retracting their results, and the overall lack of engagement with it rendered the results unusable.

Emma told The Mancunion that she was “really proud of our students”, as these results showed her that they care more about future students than winning an arbitrary award.

When asked what she attributed the success of the campaign to, she said that it was by “making the campaign fun” through video and linking it with other events such as pancake day.

There were many complaints at the time that Ipsos Mori (the company commissioned to conduct the survey) were using aggressive and deceitful tactics to get people to fill the NSS in. These included asking vague questions about how satisfied they were with their course without stating what the answers would be used for, and calling at unsociable hours of the day.

Emma said of this that people “resent being bothered” in such manners, especially “when studying”, as the NSS was being conducted over the summer exam period.

When asked what the future of the #Dontfillitin campaign was, Emma said “it’s not over yet!”

The NSS is used within the Teaching Excellence Framework (TEF), within which universities can raise their fees if they score well. This link is something that Emma wants to break, and she plans to lobby the university to disassociate with the TEF before 2020 (the next time the rankings are published).

This link between the NSS score and tuition fees is something that youth leadership charity RECLAIM thinks spurred momentum for nationwide boycotts. They believe that universities have been “failing working class students” and that the failure of the NSS shows “it is becoming impossible for universities to ignore students’ concerns” about their financs.

Educating All, a project founded by RECLAIM, produced a study in February  that found “over 70% of students who identify as working class cited their class as a barrier when integrating at university.” As well as this, “the survey also showed that 86.7% of state school educated students worried about finance whilst at university.”

These palpable barriers are something that RECLAIM think universities up and down the country now need to address.

The University of Manchester has so far not responded to The Mancunion’s request for comment.