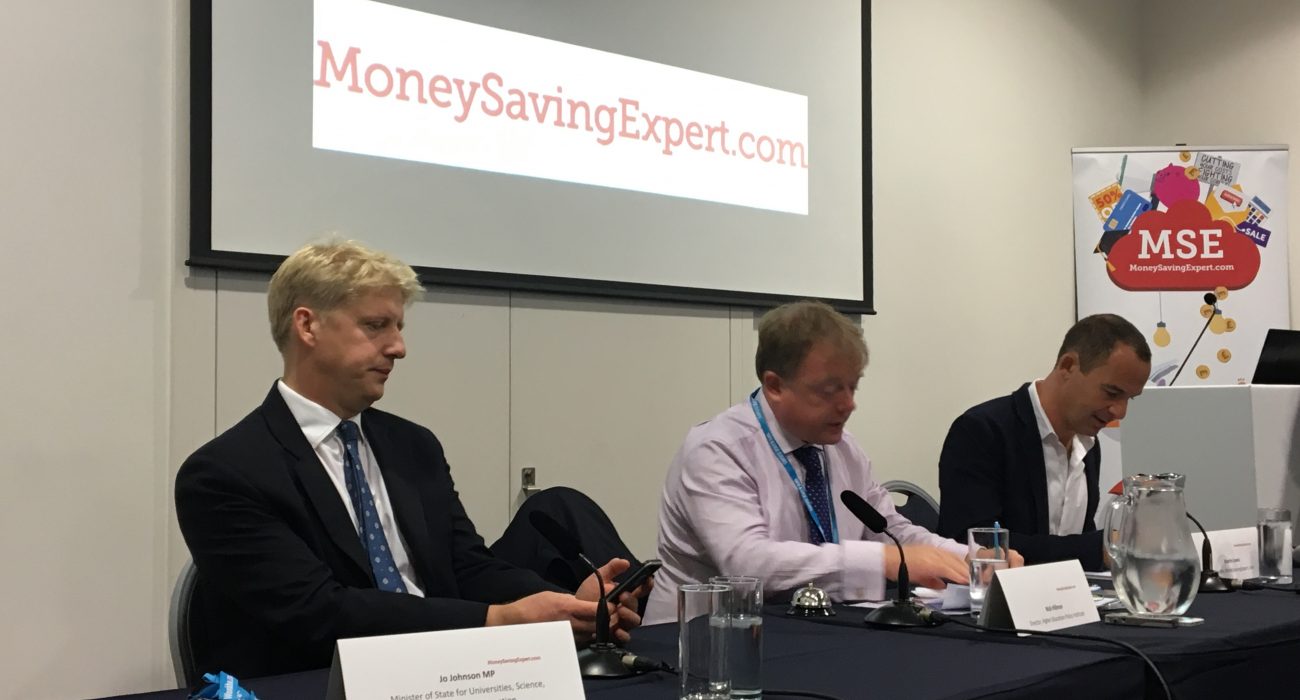 The Minister for Universities, Science, Research, and Innovation has defended the current system of student loans and the government’s new policy of raising the repayment threshold to salaries of £25,000 per year.

Jo Johnson MP described Labour’s pledges to scrap tuition fees as “an extreme alternative” to a regime he describes as “an unsung and extraordinary policy success.”

“I do want to defend the way we share the costs of higher education between individual students, who go on to have higher lifetime earnings, and the general taxpayers.”

He also asserted that as it is not a commercial loan, the government is fully within its rights to change terms and conditions retrospectively, as it has a responsibility to providing value for taxpayers as well as graduates.

“We need to be vigilant about their interests too,” said Johnson of taxpayers.

Johnson made the comments at a party conference fringe debate, held by moneysavingexpert.com, and was joined by the site’s founder, Martin Lewis.

Lewis was most critical of the use of the term “debt” to describe student loans and proposed calling them “graduate contributions” in order to not put off students going to university.

“The language of debt is psychologically damaging, it should not be called a debt.”

Lewis stated that calling it a debt — linking it with other forms of credit such as bank loans and mortgages — has a negative effect on potential students’ and families’ approach to university, which Mr Johnson agreed with.

“We do need to work on the language and cease to use the terminology of debt.” the Minister added.

He also denied that the government is not clear on the means testing of maintenance loans after Lewis highlighted a “parental contribution” element which he says is hidden away on “page 32” of the student loan terms and conditions.

Johnson also confirmed that the government will be coming forward with more proposals to reduce regulatory barriers to universities offering two-year degree courses and that there was no change in the policy of having no cap on domestic student numbers.

The Minister has previously been criticised by Labour for comments he made suggesting students could more easily afford living costs during their studies by being more “frugal.”