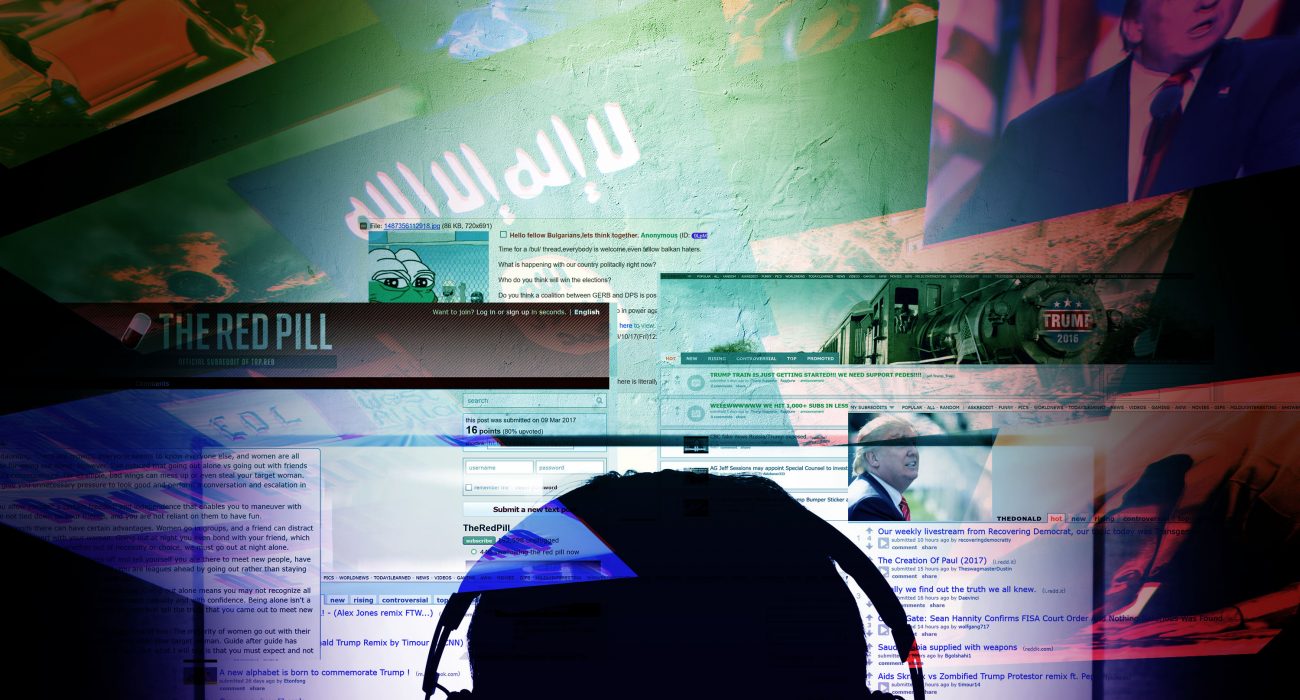 Isis — it’s a huge and controversial topic to cover. Upon first reading the premise of Javaad Alipoor’s The Believers Are But Brothers, BBC’s recent miniseries The State sprang to mind. I was certainly anxious that a one-man show would struggle to match such a captivating portrayal of Islamic State but I soon realised these fears were completely unfounded.

Alipoor was clear from the beginning that this show wasn’t in fact trying to tackle Islamic State as a whole but was focusing strictly on young men today and the way in which they can be radicalised online: “It’s about men. It’s about politics. It’s about the internet.”

Alipoor split the show between direct audience address and pre-recorded projection on the screen where he told the stories of the four young men the play centred on, often interspersed with online videos. During these projections, Alipoor sat with his back towards the audience, leaving him as an anonymous figure; a clear and striking symbol for all the young men he spoke about.

In turn, when Alipoor spoke directly to us it was off the cuff and familiar. There was no illusion here of there being anything fictional about the play; he was simply relaying to us his experience online and the people he had discovered. By the end of the show the audience had certainly warmed to Alipoor, undoubtedly due to his candid and frank delivery about both very funny and very sombre topics.

It’s definitely worth mentioning too that the show featured a really innovative feature; we were all added to a WhatsApp group before the show which Alipoor communicated to us via throughout the show. One could easily dismiss this as an unnecessary gimmick but in practice it seemed entirely fitting that a play highlighting how easily young men can be sucked into radical settings, should do the exact same to us, constantly lighting up our faces with notifications of alt-right memes and death threats sent to feminists online. It was particularly when Alipoor then used the WhatsApp chat as a narrative force, speaking to us from the standpoint of someone radicalising us, that the method really came into its own.

The set was minimal but effective in creating an underlying feeling of threat throughout, as a man sat behind a projection screen throughout the entire show, staring at his computer screen, faintly lit by the red glow of his mouse.

Overall, the show never really broke out of its feeling of tension even though we were frequently able to laugh along with Alipoor. At the end, we read aloud messages on the group chat which left us with a feeling of doom.

Although Alipoor was careful to mention the obvious positives of the internet, the message was clear: ‘Now, we lose ourselves in the inky blackness of our screens’.

I’d suggest you lose yourself for an hour at HOME to experience this work in all its horror, relevance and ingenuity.