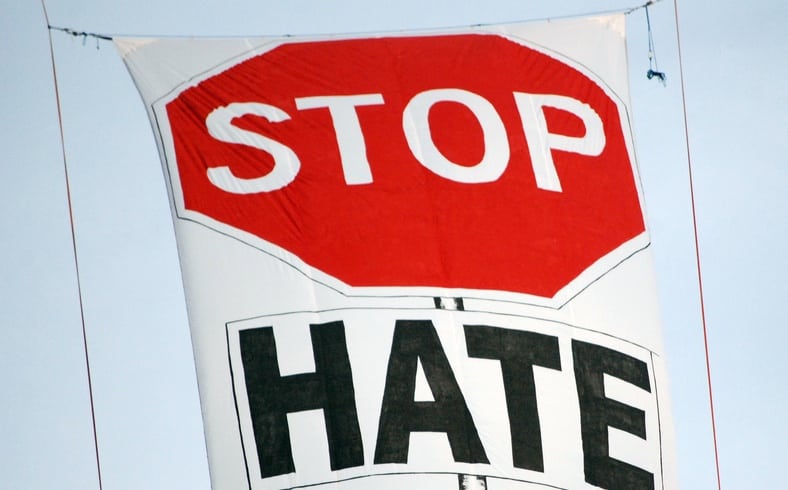 Stop Hate UK, with the help of the Deputy Mayor for Policing and Crime, Beverly Hughes, are aiming to raise general awareness of the increased number of reported hate crimes in the Greater Manchester area. Running from the 14th-21st of October, the week’s activities include candlelight vigils, social media campaigns, community workshops and fundraising events.

A report released this year revealed the reporting of hate crimes in the Manchester area has risen by almost 55 per cent since 2014. Numbers have of reports have grown from 3099 in reports as of January 2014 to  5639 as of January 2017. Some believe this shows that people feel comfortable coming forward to talk about their experiences of hate.

As reported by the Home Office, it could be said that ‘the increases are due to the police improving their identification and recording of hate crime offences and more people coming forward to report these crimes- rather than a genuine increase.’ However, it can also be said there has been a significant increase in hate crimes themselves following the Brexit vote in June 2016 and the attack on Manchester Arena in May 2017.

In the Statistical Bulletin on hate crime in England and Wales 2016/17, written by Aoife O’Neill, it was stated that there has been an overall increase of hate crimes by 29 per cent from 2015 to 2017, which was called ‘the largest percentage increase seen since the series began in 2011/2012.’ A spike was also seen around the time of the EU referendum and at the corresponding times of the attacks on the Westminster Bridge and London Bridge this year. Of this increase the breakdown is as follows:

Hate crime is defined as ‘any criminal offence which is perceived, by the victims or any other person, to be motivated by a hostility or prejudice,’ and is focused on five main categories, religion, faith or belief, race, ethnicity or nationality, sexual orientation, disability or gender identification.

A press conference led by Beverly Hughes was focused on the universal policy, ‘Let’s take a stand against hate.’ In a rallying speech, she spoke of Manchester’s “zero tolerance approach to all forms of hate crime,” and said she was proud of Manchester having “one of the highest reporting rates of hate crime in the country.” However, she made it clear that more work was to be done, and why National Hate Crime Awareness Week was so important. She said, “Nobody should live in fear [of] being persecuted for who they are or what they believe… [this week] shines a light on these dreadful crimes, gives victims a voice, and shows that Greater Manchester will stand together against hate.”

Empowering communities to report hate crime and work together.”

To participate in National Hate Crime Awareness Week log onto their website nationalhcaw.uk and get involved with the programmes and vigils that will be happening over the next few days. There is also the opportunity to get involved on social media. If you download and print off the ‘I’m supporting National Hate Crime Awareness Week because-’ poster and then upload a photo of it to social media, tagging the charity Stop Hate UK, you’ll be spreading the message. There are also several hashtags that can be used to further your influence: