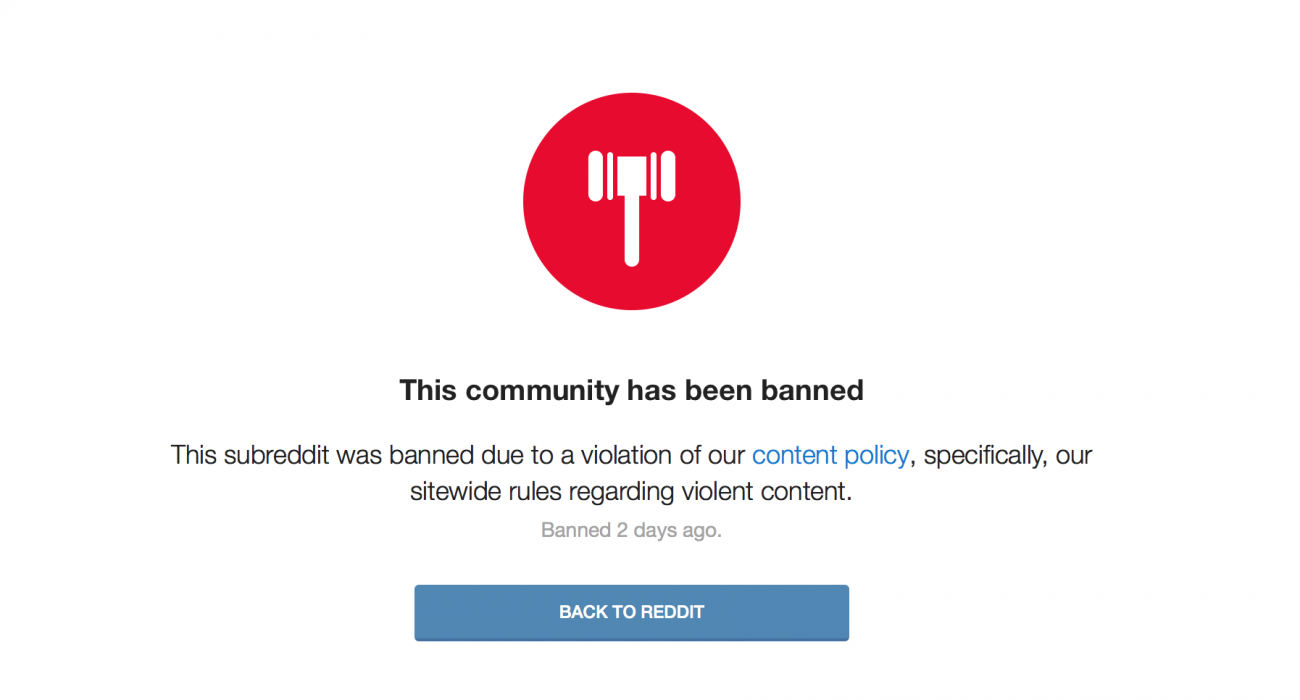 The 40,000 strong reddit group for ‘incels’, short for involuntary celibates, has been banned.

What does it mean to be an involuntary celibate? Incels are a group of men, almost all teenagers or in their early 20s, who find themselves without romantic partners or interaction. Their lack of romantic interaction results in a deep-seated hatred of women and men who aren’t celibate.

In one post, titled ‘I really want to punch a woman in the face’, a user writes:

‘I’m tired of the strong perfume they wear. Their high-pitched voices. I’m in the library 3rd floor. It’s supposed to be silent but these whores keep talking to these frat chads.

Fuck, I’m really on the edge and would not mind curb stomping a few women today.

Ruin their face, only thing going for them.’

Earlier this year, before the group was banned, I posted asking if any of the members would let me talk to them anonymously to learn about their views and why they held them. The users of the group were all lonely and miserable, and talking to them was interesting.

Recently, research carried out by the University of Michigan concluded that banning hate groups on online forums was unlikely to cause the views of those groups to fester on other websites or forums.

The Incels forum was a hate group, and banning it is the right decision. Here are the transcripts from my interviews, giving an insight into the views of the members and exploring the range of opinion, from milquetoast sexism to hateful misogyny.

The Mancunion: What does it mean to be an Incel?

John: Basically, it means to be the type of guy that has been deemed undesirable and has no chance of any type of relationship.

How did you become an Incel?

I was born with a facial deformity, but others have different things that hold them back: being short, or just plain ugly. So, it just kind of happens naturally where you miss out on normal experiences to develop on how to deal with the opposite sex and eventually it festers and gets worse and worse.

Have you ever had any kind of sexual experience?

None at all. Haven’t dated, haven’t kissed, haven’t had any sexual contact at all.

When did you come to the conclusion that you would never have any kind of sexual relationship?

Well, when I was younger I had felt extremely self-conscious about my facial disfigurement and told myself no girls would be interested in me. Eventually I tried in high school it went awfully and that reaffirmed the belief I had in my head for many years. That was nine years ago and I haven’t bothered since.

Do you resent women?

No. It’s not their fault they don’t find me attractive. Everyone wants to be with someone they feel at least some physical attraction to, myself included, so I can hardly get mad at women or hold them to some standard I wouldn’t want to be held to myself.

Why do you think some people on the Incels group seem to hate women?

I think it’s kind of a lashing out type thing. It’s an ‘if they don’t want me then to hell with them’ mentality. Some of them have had horrible experiences and eventually it becomes natural to associate women in a negative light. No more than a woman who has had awful experiences with men and assumes they’re all cheaters, dogs, shallow.

What do you make of the Incel community as a whole?

They’re guys who have had a tough go of it in life, and unfortunately they are the ‘throwaways’ who have no realistic shot at any love in life. Guys who have to accept a long, empty, and meaningless life. So, they come there to vent and have each other’s backs.

The Mancunion: How did you become an Incel?

Calum: It just happened I guess? Females aren’t interested in me.

Have you ever had any kind of sexual experience?

Do you hate women?

Why do you hate women?

Because they hate me, and most of them are degenerates. They are sluts, they sleep with higher tier males all the time.

Can you expand on that a bit?

I despise females because they are all degenerate sluts who enjoy torturing me because I’m an ugly socially retarded virgin, even though I’m already depressed. Some even pretend to care and be nice, whilst they laugh at me behind my back with ‘Chad’ and his friends, those are the worst ones by far. The modern female has too much power over men with sex unfortunately, we should follow Saudi’s laws regarding sex and marriage, that would knock them down a peg. Females just despise me.

Why is it that females despise you?

They despise me because I’m a 1/10 and I dared to speak to them.

The Mancunion: How did you become an Incel?

Magnus: I don’t think it’s something you become, people are just born a certain way. An incel is simply an undesirable male, and that’s just what I am.

Have you ever had any kind of sexual relationship?

None, the most action I’ve had in my life is a peck on the cheek playing truth or dare.

Do you have friends?

I had plenty as a kid, but with time it gets harder and harder for me to be around other people. Now, I hardly keep in touch with anyone.

Do you resent women?

I’m sad about the way the game is set up, I think it’s unfair, but I don’t know who to blame for that. Honestly, it’s more the fault of mother nature. Women naturally seek out men with good genes, and I wasn’t born with good genes, so I don’t think it is necessarily the fault of women. I know plenty of women who are very kind, or at least appear to be. I don’t think there’s anything wrong with women, the hatred online is just people venting their frustration. Sex, to me, might as well be mythical. It’s something that I know I will never get to experience.

You’re only 17, why are you so certain you’ll never have sex?

My DNA will not change over time. I’m not going to go from being 5’9 and 130 lbs to 6’3 and 220 lbs. I’ve known my whole life that I’m undesirable, and know that women have no interest in me. That’s not going to suddenly change as I get older.

Interviews have been edited for clarity and to amend errors. Names have been changed to maintain anonymity.