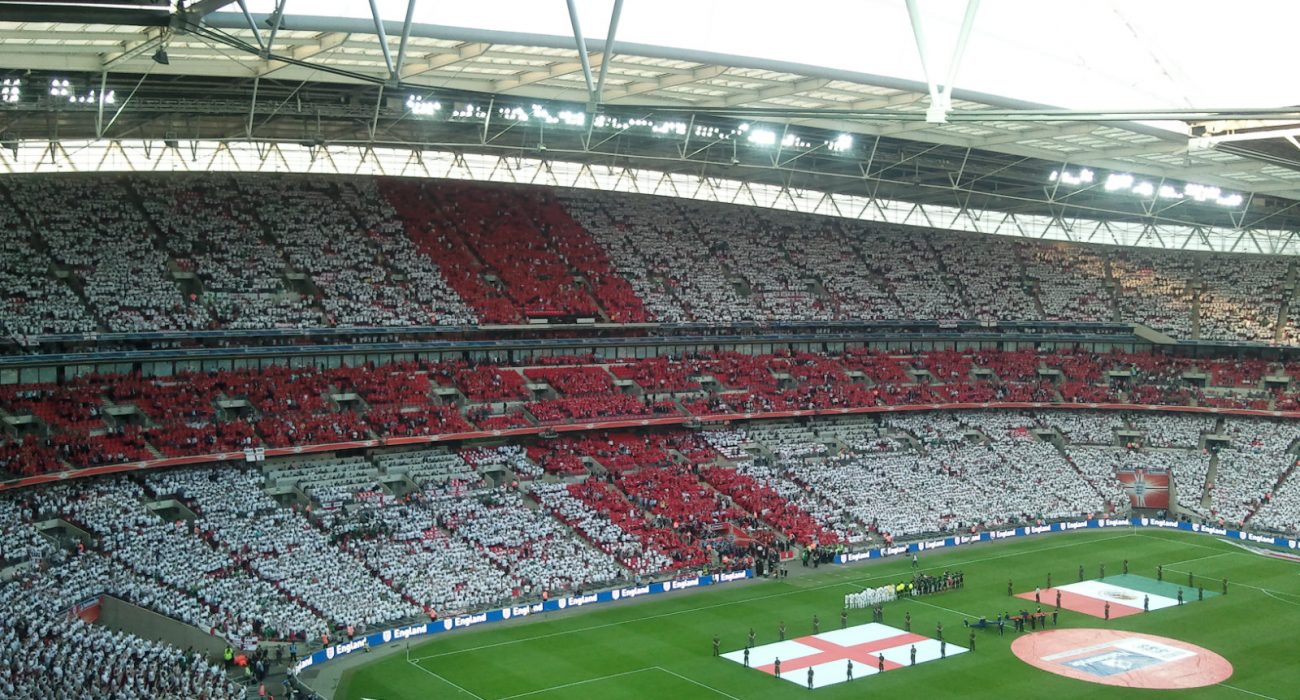 In an interview towards the end of the qualifying campaign Gareth Southgate said the 3-4-2-1 formation is what he plans on using for the World Cup, drastically different from the usual formations England have been using. So how does it work? And is it the right choice for our squad?

The most obvious difference from a conventional formation is that there will be one fewer defenders on the pitch, with three defenders playing in front of the keeper. There are two main styles of play for the defence in this system, the first used by Chelsea in their title winning season last year, and the second used by Argentina to help lift the World Cup in 1986.

If we start with the Chelsea variation of three at the back, it sees two traditional centre backs play slightly wider than usual either side of a sweeper, or libero. David Luiz played the versatile libero role which seems him ‘sweep up’ the ball when the opposition breaks through the defensive line and helps turn defence into attack quickly.

The criticism of a system like this is, especially with Luiz last season, if the centre backs either side of the libero are competent, then there is often not a lot of work for them to do, and that player needs to maintain very high concentration to not make mistakes when called into action.

The Argentine variation, adopted by manager Carlos Bilardo, sees three traditional centre backs play in front of the keeper. All three are focused solely on defensive play and man-marking the opposition’s attacking players. This is a great system, especially with the current squad, as it allows the ball to get quickly passed to the wing backs or to a central playmaker coming deep to collect the ball. It is most effective when the transition between defence and attack is quick, with three or four passes between a centre back getting the ball and a winger in a dangerous position.

If we look at the defensive options for the squad we have multiple high level centre backs. Jones and Smalling have both been outstanding for Manchester United this season, a defence with eight clean sheets in eleven games. John Stones in Manchester City’s team has been improving massively with each season that passes, netting three goals in four Champions League games. They would, in my opinion, make up the back three; Everton’s Michael Keane and Leicester’s Harry Maguire would act as strong replacements if necessary.

In order to maximise the effectiveness of this defensive strategy, we need wing backs who understand their dynamic roles, both in overlapping with the wingers, and also coming inside to overload the midfield and give the wingers 1v1 opportunities. The 3-4-2-1 formation is used by Pochettino’s Spurs side and a similar system at Man City, and as a result we do have three wingbacks who flourish in these roles. Kyle Walker and Danny Rose would be the first choices. Kieran Trippier has also proved himself this season, firing accurate balls into the box as Walker did before him.

All in all this is an incredibly solid defence; if we have to sit deep against a great opposition team it can easily become a back five, but when play gets turned over the counter attack can be ruthless. Players like Cahill and Jagielka, however reliable in the past, should remain just that, in the past, and focus should instead shift to players that have proven themselves to be on the top of their game in this season and the last, especially in this new system.

The remaining two players in the four-man midfield would be central midfielders, one of whom needs to be a creative influence. For that playmaker the media have thrown around various names, most notably Adam Lallana, Jack Wilshire and Harry Winks. In my opinion, with regards to Wilshire, if you aren’t playing regular first team games for your club how could you possibly get called up to represent your country. As much as I think Wilshire has moments of brilliance, unless something changes he shouldn’t get called up for the World Cup.

That leaves Lallana and Winks, and the decision I think is obvious. Winks has broken through into the Spurs side this season, starting consecutive games in the absence of alternatives such as Wanyama, and has been outstanding. If we take the double header against Real Madrid recently as examples, he was a solid defensive midfielder in the first, picking the safer passes to ensure Madrid couldn’t break and in the second leg he was simply magnificent, with fantastic passes in the build up to the first and third goals.

It may be too early to call him the Messiah but if he can perform that well against the — admittedly weakened — twice reigning European Champion’s with many months left still to improve, and while also playing in the exact formation and system England will, I think he is the man for the job. Lallana, when back from injury, will make a great replacement when needed, and I hope Southgate sees Winks’ performances and takes the chance.

Who Gareth Southgate plays next to the playmaker should be tailored to the teams we are up against, more so than any other part of the pitch. Against a weaker opposition we can afford to play a more forward minded player, in my opinion this should be Dele Alli. Whilst he hasn’t had the best start to the season he seems to be finally getting into his stride netting two against Madrid, albeit one deflection and one offside. The familiarity of the system and players around him, Walker, Rose, Winks, will make him more comfortable and a threat going forward.

Against a more favoured team such as Spain, France or Brazil, Southgate should play a more defensively minded player, with Eric Dier the clear option. Dier, another Tottenham player, therefore familiar with players, systems etc, would be pivotal in the defensive midfield role. When defending he can sit just in front of the centre backs, filling in that gap and forcing the opposing team to pass the ball backwards, to the wings, or to take potshots from distance.

The first is to move into the centre of the pitch with the left hand winger, forcing a favourable three vs two or three vs three match up against the central defenders. At the same time the wing backs will push up on the wings making five players in the attack. The opposition will therefore have to bring back midfielders to stifle the attack, thus inhibiting their own ability to attack.

The second function is to allow the wing backs to invert and come centrally giving the wingers one vs one situations against the defence. You would favour Sterling here, as his burst of pace will leave most players in his dust. To go alongside Sterling on the left I would suggest Marcus Rashford. He currently plays on the left for United and would cherish the opportunity to move centrally, his favoured position, in this system. Jesse Lingard and potentially Walcott can come on late in the game to provide fresh legs and pace against tiring defenders.

To cap off the 3-4-2-1 we should play Harry Kane. Scoring 13 goals in 14 games in all competitions there is no striker who comes close. He knows the system inside out and would thrive alongside Sterling and Rashford, whose first instinct when getting the ball is to run at defenders. I don’t think there is a country in the tournament who won’t look at that attacking three and get worried.

I also don’t think there is a fan in England who doesn’t look at our goalkeeping position and get worried. Goalkeeper is the position of most concern for England fans. Butland at Stoke and Hart at West Ham are having poor seasons with their teams. Heaton is out injured and his replacement, Pope, although making joint second saves with his team in 7th, is quite inexperienced. Based upon current performance, Pope could get a call up, but is he good enough to start against the best in the world? And if not who is? I would suggest Everton’s Pickford.

Based upon Everton’s abysmal league position you may disagree, but Pickford looks head and shoulders above every other player on that team. In the summer I can’t foresee a world where a bigger club doesn’t throw him a lifebuoy to rescue him from that sinking ship. The Toffees only have 11 points, and if it wasn’t for his incredible 34 saves they would have far, far less.

This looks like a formidable side but there are flaws to the 3-4-2-1 system. The formation is countered by a side matching it, with each player marking their opposite number. A team that presses hard and consistently will force England into making errors and if the ball is lost in the wide spaces it could leave our defence exposed.

It is important to note that we will probably have less than 50 per cent percent possession in most games, relying on counter attacks by over-committed opposition attackers for our chance, but a lower possession stat does not mean we are not playing well. A solid defence, as ours should be, can withstand wave after wave of attacks. Weaker teams should be dispatched with ease but we may come unstuck against the better sides.

The two games against Germany and Brazil will give us some indication of how we can expect to perform in these fixtures next summer. A 3-0 loss now doesn’t mean we are done for; if anything it is preferable, as we can examine the mistakes we made and learn from them. If we win one or two nil we will learn very little. It’s better to get a drumming from Germany now, than to get one from Iceland next summer.