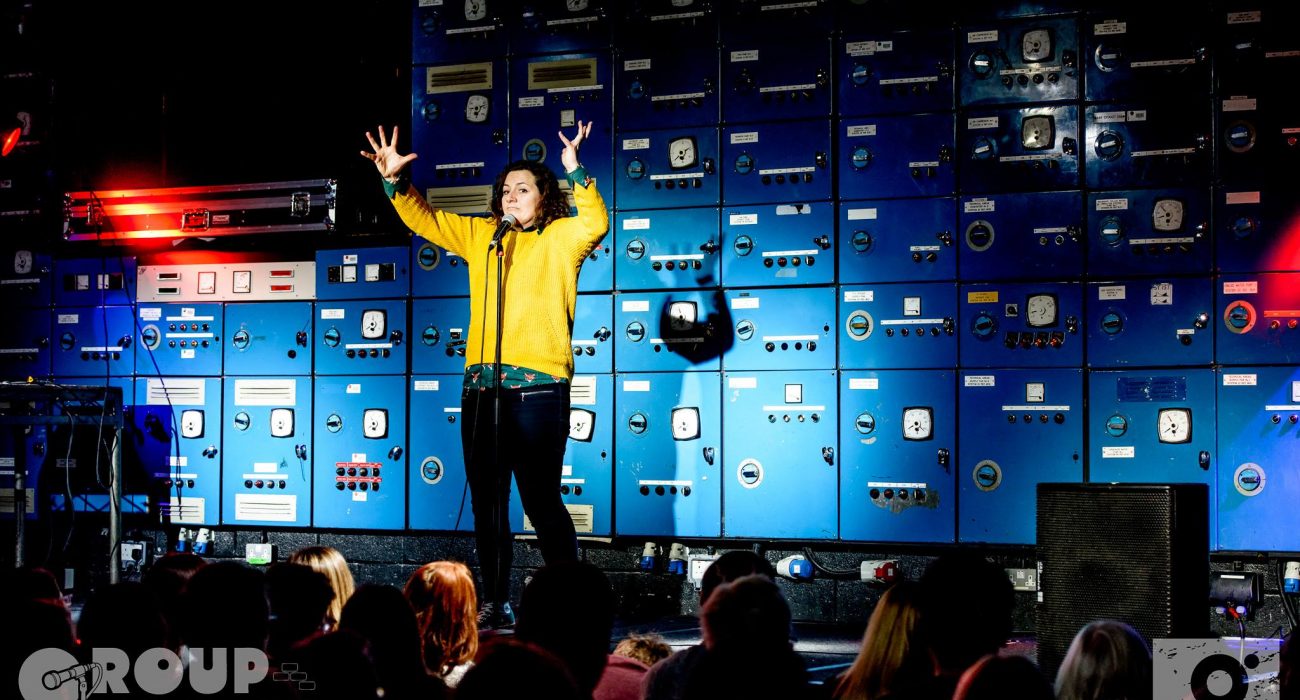 I walked into Gorilla feeling somewhat apprehensive. The Group Therapy comedy showcase was a show with seven acts, all of whom will be near enough completely unknown to the audience. It was enough to strike fear into the best of people. I had flashbacks to an open mic night at the Jam Tree in Clapham, South London, during which one of the acts used his entire set to shout about why the IRA was a respectable institution that we should all support. Shuddering, I went to my seat. I sat a few rows back — I wasn’t in the mood to be picked on.

But the club was set up in September 2012 by Ros Bell and Michael Clapham  in order to address awkward or ruined performances, such as when hen and stag dos shout louder than the performers themselves. So I told myself to have more faith, as surely they knew what they were doing.

One thing I should point out here as well is that I am currently committed to dry January. This may seem slightly unrelated (and even a bit of a boast, which it definitely is) but this fact actually holds great significance. Comedy shows are historically boozy affairs, and are encouraged to be so, as the more drunk a person is, the more likely they’re going to find stuff funny. Being stone cold sober meant that I was looking at the show through a much more critical lens – the jokes would have to be genuinely funny to get a laugh out of me.

First, on walked our compare for the evening, Jess Fostekew. She was extremely energetic and, as suspected and was a stickler  for audience participation, so I felt very smug about my choice of seat. I loved her raspy tone though, and felt as though she spoke to me on a very personal level when she gave her take on the world of relationships… let’s just say my laughter was extremely bittersweet. So we were off to a good start.

Next on was the first of six acts, Scottish Rosco McLelland. Whilst he started on good footing, he tended to lose his trail of thought, so I felt as though I was being pulled in a million different directions. No one joke felt like it had a strong enough punch line. It was a shame, but I was hoping that things could only get better.

And so they did! Next up was Avery Edison, a trans woman with a monotonous voice and a seemingly very shy demeanour. However, from the very start of her set, I knew we would get on: she told us that she used to start shows by showing the audience her penis, but she can’t anymore as that’s “illegal because society hates confident women.” Girl, I feel you.

Sticking with what she knew, her whole set was almost entirely comprised of her experience of being a trans woman. Not only was it an eye opening insight into a life that many people fail to understand, but it was devastatingly hilarious. She described her hormone treatment as “a war of attrition” on her genitals (I’ll give you a minute to conjure up the image) and, after telling the audience she is a sex worker, described how unbelievably proud she is of the fact that she leaves 50 per cent of her clients without an orgasm, as it symbolises an act of rebellion for her. I honestly think she’s fighting the good fight for all women out there who have left sexual encounters unsatisfied – please, keep up the good work.

She ended her set awkwardly but to be honest, it didn’t matter. Avery not only made me laugh but created a much needed open and candid dialogue about topics that for too long have been shushed and kept in the dark. It was an utterly commendable performance, and I hope I see lots more of her on the circuit.

Next was Neil Harris, a self-confessed geek-type with social anxiety. This was immediately apparent when he described being asked for to show his ID at Tesco as “a social interaction he could do without” — a sentiment I entirely agree with. He was extremely easy to relate to as a performer, as demonstrated by his long-winded explanation of why going to Subway is enough to send anyone into an anxious sweat. We’ve all been there — who needs that much choice?!

Then Jonathon Collins took to the stage. His entrance was, for want of a better word, extremely OTT and overbearing. He set my teeth on edge from the very beginning. But that was probably the point. It was like when you see a car crash on the side of the road – you try as hard as you can to look anywhere else but you just can’t seem to tear your eyes away from the horror in front of you. However, as his set went on, I truly warmed to him, not least because of his accurate description of why the concept of coming out to your parents is very weird (“mum, dad, I just want to tell you… how I like to reach orgasm”). By the end of his set, I hated myself for my original judgement. Never judge a book by its cover or, in this case, never judge a transvestite comic by his terrifying entrance.

The penultimate act was Amy Gledhill, and boy, did I love her. From Hull (and rightly embarrassed about it), she had the whole room in stitches from the get go. Her description of the anticipation of what might happen on one’s 3rd date I think resonated with every single person in the room. She was warm and lit the whole room up with her smile. Move aside Sarah Millican, there’s a new northern lass on the block, and she’s ready to de-throne you.

And lastly, we had Matt Ewins. Hands down, this was the most inventive and imaginative comedy set I have ever seen. Its main innovation was a reel of home-edited video that made up the central tenet of his story arc. It was incredibly silly, focusing on his love of adventure and the need to retrieve an amulet from a deserted island in order to save the museum he works for from bankruptcy (you really had to be there), but it was so clever at the same time. Whilst my comedic preferences tend to fall into the hyper-realistic category, this complete deviance from the norm was a welcome break in one’s monotonous routine, and completely set itself apart from any other comedy set I’ve seen.

It was an amazing crossover of mediums, and I had to admire his talent across all of them. I’ve never seen anything like it, and likely never will again. His timing and delivery was exquisite. If I had to lay one criticism at Matt’s feet, it was his rushed ending, but that probably had more to do with the fact that I didn’t want it to end more than anything else.

My overwhelming pessimism at the start of the evening was completely unfounded. For two short hours, I had been transported out of my dull routine and into a silly, lively and fun world of comedy

Jess closed the evening and bade us all goodnight, and as I walked out of Gorilla, I felt overwhelmingly sad. Mainly because I knew that in two days time, I would have to go back to work, and that I probably wouldn’t laugh as hard as I did that night for a very, very long time. When’s the next one…?