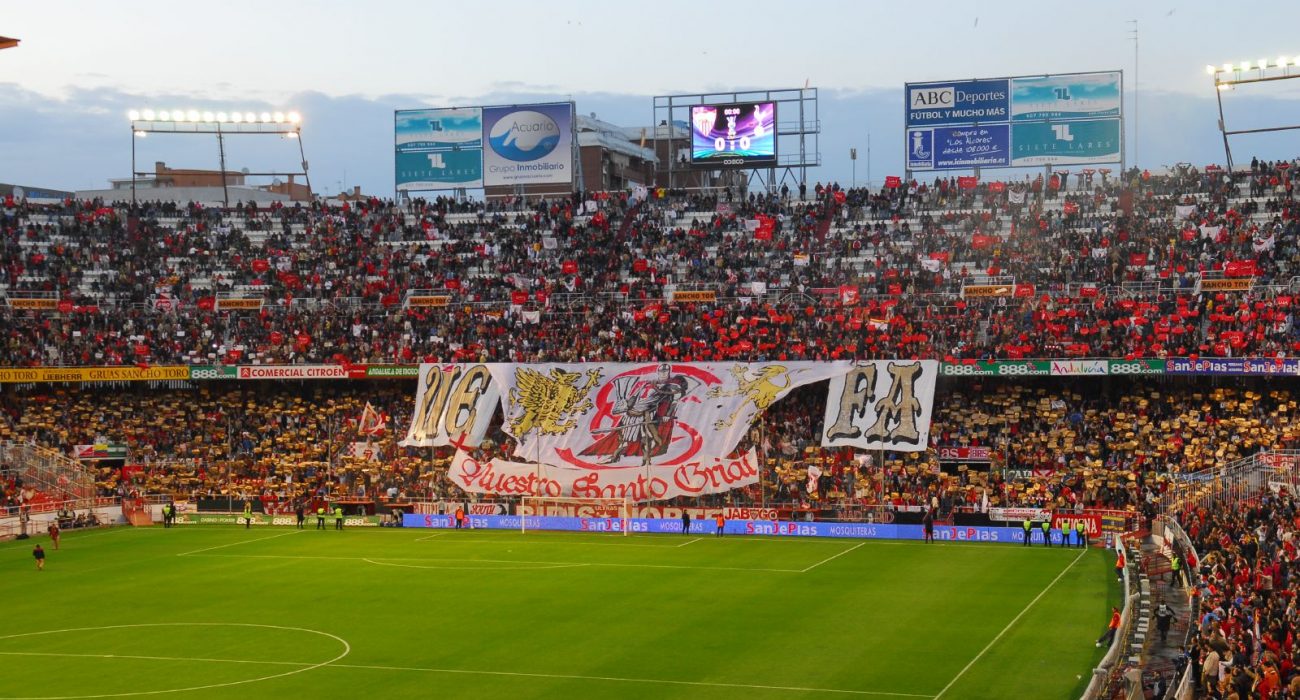 No English side in the Last 16 of the Champion’s League has lost in the first legs of their ties. Jose Mourinho will be hoping his side won’t let the Premier League down.

With Jones injured and Lingard one yellow away from suspension, Mourinho has a limited squad available to him. De Gea comes back into goal after Romero’s FA Cup Adventure. Valencia, Smalling, Lindelöf, and Young make up a strong back four. Yet again he chooses to bench Pogba opting instead for McTominay, Matic, and Herrera. Sánchez, Lukaku, and Mata lead the line.

Sevilla starts the game on the upper hand, linking up well in the opposition half. Manager Vincenzo Montella has selected an attacking lineup hinting that they are here to get the advantage in this first leg. Montella has done a great job of revitalising this Sevilla side. They only have one defeat in their last nine games, against Eibar, and they have progressed to the final of the Copa Del Rey.

The Sevillistas are cutting through this United midfield effortlessly with some sumptuously one-touch passing. This United back four have been equal to it every time but they will need to keep their focus to not get caught out by the explosiveness of these attacks.

A quarter of an hour in and Herrera gestures to the bench holding his hamstring. That’s a real shame for the former Athletic Bilbao man back on home soil. It looks like Pogba is going to play after all.

There is a high intensity to the game so far and it has led to a few fouls. The first yellow card of the game goes to former Stoke player Steven Nzonzi for a high challenge on Sánchez.

The physicality is not limited to Sevilla and Lukaku gets a talking too for shunting a defender to the ground. As an act of revenge, the Sevilla squad conspire to just leave a foot in on the Belgian and he is fouled three times in as many minutes.

Valencia gets the ball on the left-hand side and, in a beautiful bit of skill, sends Correa all the way back to Argentina. Sadly the final third passing lets him down, a symptom of the first half so far for United.

There have been so many fouls so far this game I’ve lost count and with every one that goes against Sevilla, the crowd grows ever more hostile. If this continues and United win I would be worried for the United supporters leaving the ground.

Justice for Sevilla fans. Alexis Sánchez is the second player to go into the referee’s book for sprinting 40 yards just to pull Jesús Navas to the ground. You have to admire his defensive work rate if the end result was disappointing.

Sevilla can smell blood after a few defensive mistakes by Manchester United. They are throwing everyone forward to try and grab a goal before the first half ends. The dream almost becomes a reality if not for a world class save by de Gea from a free header five yards out.

Just before the game starts Jose Mourinho calls Correa over for a conversation. The 23-year-old was listening attentively to the United boss and I don’t think it would be too much of a leap to assume he will get announced as a signing in the summer, a great bit of business. Like the old Madrid saying goes: If you can’t beat them buy them.

Franco Vázquez runs into a stationary McTominay and dives to the floor searching for a foul. Fortunately for everyone Vázquez is as bad at fooling the referee as Messi is at fooling the Spanish tax authorities.

The standout player so far this game is Joaquín Correa. Every time he gets the ball he takes on a couple of players at least. The rest of his team hasn’t noticed that though and he barely gets a whiff of the ball.

Despite this Sevilla are doing everything they need to score except put the ball in the back of the net. It should be 2 or 3-0 but in the 20 something chances Sevilla have had, only that one save before halftime stands out.

The second United substitution comes as Sánchez comes off for Rashford. Mourinho will be looking to rest his big players before the game against Chelsea on Sunday. Seconds later the third substitution takes place with Martial coming on for Mata.

As the full-time whistle blows Montella will be disappointed his side couldn’t get a goal in their home leg of this Last 16 tie. It was a textbook example of how to control a game away from home, a 23rd clean sheet of the season. The next game for Manchester United is against Chelsea on Sunday.