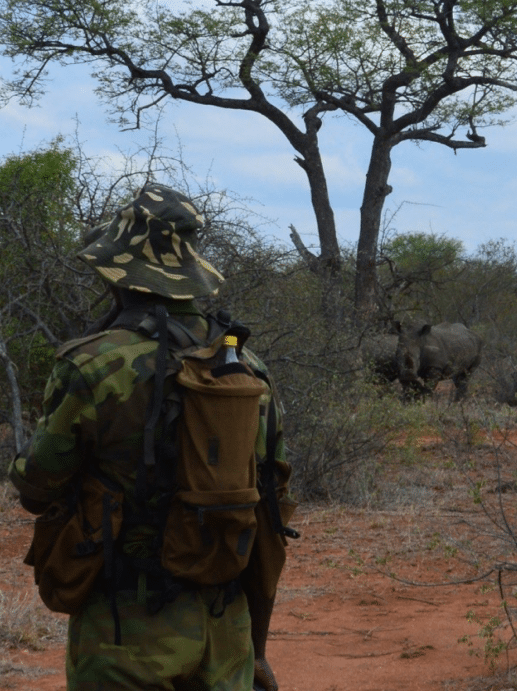 Please don’t equate ‘unconventional’ to hipster or eco-justice warrior. Although the latter might apply here…

Years ago, when I had an actual job, I stumbled across a mini-series called ‘Wildlife War Zone,’ courtesy of Al-Jazeera. If you have the time, I thoroughly recommend you look it up — it certainly changed my life, and perhaps you could argue it led me to study here at Manchester.

It follows anti-poaching rangers working for a security company called ‘Pro-track,’ who protect rhinos in South Africa. At the time, I had a very comfortable life in London, but I was getting itchy feet and was looking for a career change.

After watching the series about anti-poaching and rhino protection, a seed was planted in my head that grew from ‘that’s an interesting job’ to ‘alright, let’s start saving money and drafting a resignation letter’ in about twelve months.

I hope that after reading this article, a seed will also have been planted in your head, and will continue to grow into an experience that you will never forget.

You will see more wildlife during your first week of patrolling than you will ever have seen in your life. You will have a deep understanding of the interaction between humans and nature that simply cannot be learnt from going on a safari, let alone from a classroom. Even as a foreigner, you will be a useful part of the team, just like any South African, and not just a bystander.

To describe the experience in a few words it would be: humbling, fascinating, boring and hard. The training is a brief 35 days and is para-military in nature; ‘Pro-track’ is a security company after all. But if you’ve had any military training, beyond the assault course, shooting practice, and drills, the ethos is very different.

Anti-poaching and front-line soldiering have their similarities, but there are many more differences. For a start, tracking takes up 4 hours of most days. You’re expected to identify different types of snares (which blend in very well with the grey bark of the bush) as well as the differences and ages of black or white rhino tracks (spoor).

You’re expected to make your own fire and cook your own meals, and you sleep outside all the time. All this is topped off with a 27 km (17 mile) run with a dummy rifle and webbing. It may seem a little daunting, but if you’re reasonably fit and motivated, you’ll pass.

Because you’re not on a contract, you’ll have the freedom of operating on different game reserves. Day patrol is the most interesting and arduous. Most likely it’s just you (the scout) and a team leader, in a picket in the middle of the bush surrounded by thorns to keep the animals out.

You might see other people during a 23-day patrol or you might not. A typical day starts at 5:30 am when you might have a cold breakfast. Then patrolling for about 8-10 hours in temperatures of up to 50 degrees centigrade, always observing for spoor, elephants (they’re quieter than you think), rhinos and vultures in the sky, indicating a fresh carcass.

In the process, you get eaten by flies and lose a lot of weight. Try not to step on a black mamba that looks really similar to a long stick. You’ll get charged by an elephant at least once, but don’t worry, it happens to most of the rangers — once the sergeants even got charged by a giraffe of all animals.

If you’re really lucky, you’ll arrest some poachers. If you’re unlucky, you’ll have to help out with a necropsy on a 10-day old poached rhino carcass. Most importantly you’ll be doing the exact same job as any other anti-P-poaching ranger — the only differences are that you are not legally allowed to carry a weapon and that you’re not getting paid. And yes, it really is all worth it.

I’m not trying to scare you, but through the training, you will be able to mitigate risks and develop a heightened sense of awareness or ‘bush sense.’ Be aware that ‘Pro-track’ is a for-profit security company and that you will be operating on private game reserves, which in itself is a contentious issue.

You’ll leave South Africa with a complex understanding of why rhinos are so endangered, and you’ll acquire skills that you’ll never forget, ones that will make you stand out to future employers. It’s about as unique an experience as any — a cherished memory that as a part of a team, working with the police, vets and other rangers, you’ll have helped to protect rhinos.

If you have any more questions, feel free to email me at [email protected]